The Sundown singer is set to turn out the lights at Massey Hall. Gordon Lightfoot, who has played the historic Toronto venue more than anyone, will be the final artist to perform there before the building is temporarily shuttered as part of an extreme renovation that is already under way.

Since opening on June 14, 1894, the downtown building's schedule of concerts and other events has been interrupted on only one other occasion. In the summer of 1948, Massey was closed in order to replace the original wooden stage and main floor with concrete structures.

Costs of that mid-century reconstruction were estimated at $400,000, paid for by the Massey Foundation. The bill for the current Massey Hall Revitalization Project is pegged at $139-million, with support from all three levels of government and a $42-million private-sector capitol campaign.

The history of the venue is a storied one. The newly formed (Toronto) Mendelssohn Choir performed its first concert at Massey in 1895. In 1919, world heavyweight champion Jack Dempsey put his dukes up in an exhibition match on the hall's broad stage. In the 1930s, Torontonians were charged a top price of $1 to hear the nephew of Adolph Hitler tell them, according to an advertisement, "what the German people are thinking." And in 1965, Bob Dylan (backed by the band that would later become The Band) was booed by folk music purists.

The completed first phase of the seven-year overhaul (which began in 2013) involved the excavation, shoring and construction of a basement foundation and shell for an addition on the south side of the 123-year-old structure. The temporary closure of Massey next summer will allow for the construction of that addition, which will house a separate 500-seat venue.

Upon completion of the Heritage building's interior and exterior renovation, patrons will enjoy retractable seating, more restrooms and the restoration of the building's stained glass windows.

Technical upgrades include a new sound, video and lighting system. All the better to hear and see the beloved Lightfoot, the composer of such brooding soft-rock hits as If You Could Read My Mind and Carefree Highway and the author of folkier Canadiana classics The Wreck of the Edmund Fitzgerald and the CBC-commissioned Canadian Railroad Trilogy.

His health willing, Lightfoot would seem the natural choice to return in 2020 to christen a refurbished venue he has played more than 165 times, beginning with an appearance as a preteen at a Kiwanis Music Festival.

In a media statement, Lightfoot was described as being "synonymous" with the 2,752-seat venue. "There would be no artist more appropriate than Gordon Lightfoot to play Massey Hall as we close the building to begin the revitalization of our beloved hall," said Deane Cameron, president and CEO of Massey Hall and Roy Thomson Hall. "His incredible songs and voice have filled this hall for decades and there is no doubt that he will continue to inspire audiences when we reopen."

Tickets for the Lightfoot concerts go on sale Dec. 8. The back-to-back performances will no doubt be considered Massey Hall milestones, added to the history of a venue that has presented such notables as Winston Churchill, Maria Callas, Enrico Caruso, George Gershwin, Dalai Lama and Lenny Kravitz.

Ontario pledges an extra $4-million for Massey Hall revitalization
August 9, 2017
Sam Grosso on his career in Toronto's music scene and his shift to being a family man
November 24, 2017 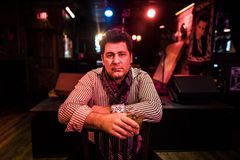 Why Toronto’s fabled Massey Hall is losing its luster
June 5, 2017
Follow Brad Wheeler on Twitter @BWheelerglobe
Report an error Editorial code of conduct
Due to technical reasons, we have temporarily removed commenting from our articles. We hope to have this fixed soon. Thank you for your patience. If you are looking to give feedback on our new site, please send it along to feedback@globeandmail.com. If you want to write a letter to the editor, please forward to letters@globeandmail.com.
Comments