When Graces Jones, the pop singer and avant-garde force of nature, published her first book, I'll Never Write My Memoirs, two things instantly became objects of Internet chatter: first, her comments about industry pressure to be more like young stars such as Miley Cyrus and Rihanna – "I cannot be like them – except to the extent that they are already being like me" – and, second, the lavish demands included in her standard tour rider, the entirety of which appears at the end of the book – she requires, among many other things, "6 Bottles of Louis Roederer Cristal Champagne" and "2 Dozen Findeclare or Colchester Oysters on ice (unopened) – (Grace does her own shucking.)." The book, a lavish romp that's consistently funny and occasionally heartbreaking, documents the whole span of Jones's life, from a violent childhood marked by abuse to her glamorous and bizarre career. She spoke to The Globe by phone from Jamaica.

One of your book's recurring themes is learning to say "no" to things, to be in charge. Do you feel like you have a firmer grasp at this point in your life?

Absolutely. Decisions not to record for a while, but still perform – and luckily, the material, the catalogue of work, matured in a way that no one thought it would. It has a life of its own.

Are you surprised at how well your work has aged?

Yes, because at the time we were doing it, we weren't thinking about that. The way the world is, it's a very hamburger world. Instant gratification, and then on to the next.

What's your favourite of your records?

I have a few. My Jamaican Guy. Libertango. La Vie en Rose is still one of my favourites. Pull Up to the Bumper. Nipple to the Bottle. I've got a lot of favourites.

But if you were going to listen to one of your albums, top to bottom, which one?

I'd need at least three of them.

I was moved by the early chapters of your book, where you describe the terrible violence you endured growing up. You talk about this vindictive look in an abusive relative's eyes, how it made you think he knew everything. You say later in life you took that look and used it whenever you wanted to create an effect in a movie or photograph or video. I was so struck by the positivity of that, taking that violence and turning it into something productive.

Frightening to see it in yourself?

Yes. But at the same time, it was comforting. Now I get it!

What do you get?

Now I understood why I frightened people with that look. People would say, "You look like you're going to kill me." That was the killer look. And I also realized I was quite violent myself.

You also mention in the book that you're psychic. Is that a help or a hindrance?

It can be both. It's a help in the sense that you can use it as a warning, or you can recognize things you were dreaming about, or not get on a plane, for example.

Do you make career decisions based on psychic intuitions?

No. You know, I really should have studied it. I was told I was by a psychic who asked me if I would like to get involved in actually developing that? That kind of frightened me. I thought, maybe I didn't want to get that far into it. Maybe I'd just go with my intuition. I think I got a little bit scared.

That's interesting, because I'd think of you boldly marching forth into anything.

Yeah, but I didn't have time for that! You can't do everything! I do that, and I do nothing else.

There's been a lot of discussion about the chapter in the book about today's pop stars. Have you heard from any of those stars?

No, I haven't. They wouldn't know where to call, would they? I'm quite private. No, they haven't asked me for advice yet. I figure next time I run into them, they'll probably run away from me.

Near the end of the book, you talk about how in the future, we might be able to send out different versions of ourselves. Which, at the end of all of your stories, seems like a fair description of how you've lived – all these different Grace Jones. Do you feel that way?

I love your story about how, when you first went to Paris, you'd take your own butter with you, because they didn't have butter in restaurants then. What is travelling like for you these days?

Travelling is a pain in the ass now. It's so horrible. It's a conspiracy! An absolute conspiracy to get people to go to the airport early and buy stuff. So now, I don't travel with anything. I have no bags to pack, I will not check a bag anymore. I just travel in a uniform. It's a flying suit – you know, like Amelia Earhart? I have all these zippers on my flying suit, it's an Issey Miyake flying suit. I have three different versions.

The other day I was shucking oysters…

I kept thinking of you. I find it to be so tedious, but you love to shuck your own. Why do you like it?

I love shucking my own oysters. I'm very good at it. I'm a professional shucker. There's a pleasure in the ritual. What's it going to look like when I open it? How much juice is going to be inside it? What sauce am I going to put on it? Or am I going to eat it with just lemon? Or is this one going to look like it doesn't need anything? Or perhaps I'll do a mixture of the mignonette and another sauce, or just lime or Tabasco? It makes me feel really good going through the ritual. Some people shuck them and they don't look pretty. I believe they really have to look pretty when you open them. I like the high they give me. There's nothing like an oyster high.

This interview has been condensed and edited. Grace Jones's first book, I'll Never Write My Memoirs, is in stores now.

Folk singer Buffy Sainte-Marie on the cost of being in the music business
May 15, 2018 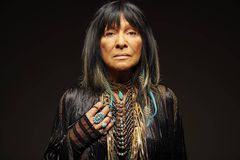 Rising pop star Alessia Cara's mission: to craft a narrative that focuses on being herself
May 15, 2018 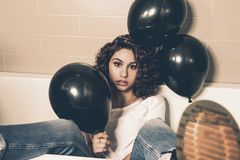 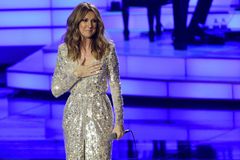