Wanted: an opera lover with a keen interest in new music, deep pockets and a big Canadian heart.

Assignment: donate $1-million to help the Canadian Opera Company live up to its name by producing a new Canadian opera.

The COC is an international-calibre opera company that routinely sells out houses with powerful productions of European classics. Tuesday, it launches the final performances of its current season with Tales of Hoffman by the 19th-century French composer Jacques Offenbach, but it has been 13 years since the company programmed a piece of music written by a Canadian in its main venue. Subscribers seldom demand new opera, let alone opera specifically composed by a Canadian, but in the music community, the lack of Canadian work at the COC is a subject of heated debate. Many see the issue not as one of nationalism but as one of vitality: The company needs to be working with living composers and librettists, and adding to contemporary repertoire.

"You have to develop with people from around you, ideas around you. It has got to be a living, breathing art form," observes Randolph Peters, the composer who created The Golden Ass, the COC's last full-scale Canadian opera, a 1999 composition with a libretto by Robertson Davies.

The first barrier to new opera is financial. An average mainstage opera can cost $1-million to produce plus another $500,000 to pay the performers. More lavish productions can run into the millions, and a new work has extra costs: the commissioning fees for the composer and librettist, and workshops to prepare the work for the stage. Meanwhile, both subscribers and occasional tickets buyers are more likely to pay to hear music by composers they already know.

"Short term, you can't make an economic argument for doing new work," says James Wright, general director of Vancouver Opera which mounted Lillian Alling, a new Canadian work, in 2010. "With new work, it's a double whammy: The [ticket buyers]don't know the name of the piece and they know it's new. That scares a segment. They worry they won't like it. If they don't know a Mozart opera by name, at least it's Mozart."

When the COC programs Puccini, for example, the company can add seven extra performances in the 2,000-seat Four Seasons Centre, beyond the usual seven offered to season subscribers: There are more than 14,000 people in the Toronto area who will buy a ticket to hear Puccini. On the other hand, when the company performed the 2000 Finnish opera Love from Afar earlier this year, it only offered eight performances, assuming there would not be more than 2,000 extra takers for the work of contemporary composer Kaija Saariaho. With no established repertoire of Canadian opera and no works dating back beyond the 1960s, all Canadian offerings would fall into the new and risky category.

"In an environment of very high public subsidy [such as Europe] where you don't depend on revenue from tickets, you can take risks," notes Alexander Neef, general director of the COC, which receives less than 20 per cent of its annual budget from government and only programs a contemporary opera every other year. "That's the problem with the North American landscape: You can't take risks because you put your company in danger, and no one will help you." Although European arts groups are facing a new reality of government cuts themselves, Neef argues that it takes the traditional European model of heavy government subsidies to maintain companies with mandates to replenish the operatic repertoire.

Furthermore, the expense of building a new production is usually covered by several companies – Love from Afar was a co-production with the English National Opera and Belgium's Vlaamse Opera – and finding a co-producer for a Canadian work is that much harder. For example, when Vancouver commissioned Lillian Alling, the story of the legendary homesick Russian who crossed the continent on foot in the 1920s, Wright could not drum up any interest from U.S. regional companies despite a powerful North American immigrant story.

In Vancouver's case, the Banff Centre signed on as production partner for Lillian Alling, but as the largest company in the country, the COC tends to be working on a scale that makes it look abroad for its peers. Some observers say that is not merely a financial reality but a choice.

"The directors [over the years]have not taken up the idea of Canadian opera ... they have all had international ambitions and that is quite legitimate," said Carl Morey, professor emeritus in the University of Toronto's faculty of music and co-author of a history of the COC. "Opera has become tremendously expensive to produce and, if you are going to be an international company, you have to look like an international company."

Morey points out that the company was born in a more nationalist age: It grew out of the Royal Conservatory of Music in the 1950s and began calling itself the Canadian Opera Company in the 1960s (although it did not adopt that name legally until 1977). Under its first director, Herman Geiger-Torel, it commissioned some Canadian work and regularly toured across Canada, adopting a national name to reflect those ambitions and attract federal funding, but touring stopped after 1991, while the results of a composer-in-residence program launched in 1987 seldom made it to the mainstage. (The last composer in residence was Alexina Louie, whose The Scarlet Princess was only performed in concert in 2002. Since then, the company has performed James Rolfe's one-act comic opera Swoon at its secondary space, the Tanenbaum Opera Centre, in 2006, while Donna, a second commission from Rolfe is also slated for production off the mainstage.)

"The name has become a bit of a burden; it should be called the Toronto Opera Company," Morey said.

Others, however, want to see the COC live up to its current name.

"It's about leadership; it's about priorities," said Toronto pianist Gregory Oh, a tough Twitter critic of COC programming who was planning to picket Tuesday's opening of The Tales of Hoffman. He decided against it after a conversation with Neef: Protests need to make specific demands, Oh said, and he wasn't sure what solutions to propose.

"It's definitely not an easy problem," Oh said. "If I had a solution I would deserve the corner office ... but institutions that are leaders are able to frame the debate, steer things. It's not about making Canadian work a priority, it's about making it a possibility."

Here are five possible projects that might put Canadian music back onstage at the Canadian Opera Company, which has not produced a Canadian opera in its main venue since 1999.

Inanna, or another project by Randolph Peters

Randolph Peters composed The Golden Ass, the last Canadian work the COC performed. Inanna, an opera about the ancient Sumerian goddess of love, with a libretto by novelist Margaret Atwood, was commissioned by former COC director Richard Bradshaw but shelved after his death in 2007. COC general director Alexander Neef says he cannot judge the work until it is finished; Peters says he does not see enough interest at the COC for that project to be revived, but he does hope to work on some future project.

The Enslavement and Liberation of Oksana G.

This opera is currently in development by Tapestry New Opera, a smaller Toronto company that can feed the COC possible mainstage pieces. It features a score by Aaron Gervais and a libretto, about sex slavery in Eastern Europe, by playwright Colleen Murphy. A public workshop of its second and third acts will take place in June.

This bilingual opera about the Métis hero composed by Harry Somers with an English libretto by Mavor Moore was first performed in 1967 and revived by the COC in 1968 and 1975. COC director Alexander Neef says he is interested in seeing a 50th-anniversary revival in 2017; the company recently screened a video of the opera for staff. He said such a revival would need to be a co-production amongst several Canadian companies.

Toronto pianist Gregory Oh, a critic of the COC's programming record, suggests the company consider reviving this two-act opera with a score and libretto by composer Claude Vivier that was first performed in Montreal in 1980 and revived several times in the following decade. An unconventional piece about spirituality, it is built around a series of dream-like vignettes featuring literary and historical figures, including the astronomer Copernicus. Vivier, a Quebecker who lived and worked in France until his death in 1983, produced a variety of vocal compositions that could be added to create a double bill.

Mario and the Magician

The COC could consider reviving this work commissioned by the company in the 1980s from composer Harry Somers and librettist Rod Anderson. It was produced in 1992, at the Elgin Theatre, making it the first mainstage Canadian production since 1973. Set in the 1920s and based on a novella by Thomas Mann, it is an allegorical tale about the rise of fascism in Europe. 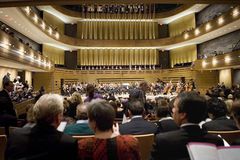 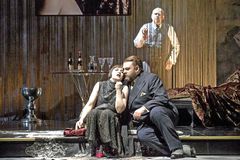 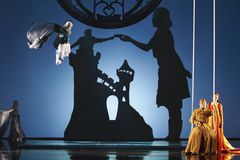 Kaija Saariaho is looking for love in Canada
January 27, 2012 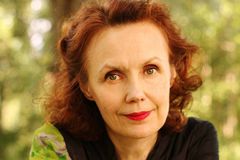 Orchestra and conductor excel in the COC's powerful but patchy Tosca
January 22, 2012 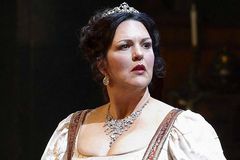 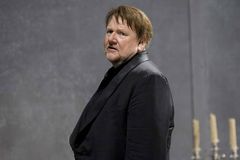