Elton John was perplexed. He was on stage in front of 100,000 Germans at the 1985 Rock am Ring festival. He was the headliner, but chose to go on in the early evening so he could take his helicopter back home to England. Near the end of his set, he could hear the crowd chanting with increasing volume: "Sa-ga! Sa-ga! Sa-ga!" Backstage, Ian Crichton of Oakville, Ont., couldn't believe what he was hearing. They were chanting the name of his Canadian band, due next on stage, drowning out the end of the superstar's set.

Saga is left out of most histories of Canadian music. A couple of their songs still surface on classic-rock radio – On the Loose and Wind Him Up, both from 1981's Worlds Apart – but Saga is never spoken of in the same sentence as Rush, the Guess Who or the Tragically Hip, even though Saga has sold eight million records worldwide. Granted, only 250,000 of those were sold in Canada, between 1980 and 1983. Most of the rest of their sales were in Germany and Scandinavia – that's where they spent most of 2017 on a sold-out farewell tour, after deciding to pack it in after 41 years. They play their final Toronto show Feb. 24 at the Phoenix.

Saga is a band of square pegs, playing pop songs with technical wizardry and a harder rock edge. Jim Gilmour's synths duel with Crichton's lead guitar in ways not heard outside of funk or jazz or, well, Rush.

Rush already had a core audience when it brought in the synths in 1980 (and hired Saga as an opening act). Saga's self-titled debut came out in 1978, a time of disco and punk, when prog rock was a dirty word. That didn't bode well for a bunch of Gentle Giant fans with a penchant for synths that required a bank loan to purchase. Bassist Jim Crichton (brother of Ian) bought his first Moog synth from a local appliance store; he found it displayed between two washing machines.

"That's why we have friendlier songs; it's not just all virtuosic playing, although we do that also." Three original members came from the band Fludd, which had a Canadian top-20 hit with the country-pop song Cousin Mary. Ian Crichton cut his teeth in the central-Canadian bar circuit playing Zeppelin covers. Singer Michael Sadler is a magnetic performer who also plays keys, bass and drums when called for.

There is an inescapably prog bent to Saga, however, starting with the fact they have 16 "chapters" spread across their albums – out of order, no less – telling a science-fiction story about Albert Einstein's preserved brain and aliens' role in humans' self-destruction. Because of course they do.

Saga's first six months as a band were spent writing original material before debuting it at the Tudor Tavern in Cambridge, Ont., in 1977.

"Fantastic venue," Ian Crichton recalls. "It looked like the CNE Bandshell, but indoors. It fit 1,000 people. We drew about 20. Then off we went and played for two weeks, every night, at Le Cercle Électrique in Quebec City. We did really well there." No surprise – Quebec has always loved prog rock.

Back in Ontario, though, they got heckled off the stage and were practically chased out of the tiny town of Breslau, named after a city in Prussia.

The debut album found its way to Germany, where it sold 10,000 copies as an import. It sold another 35,000 there when pressed domestically.

The band didn't tour Europe until 1980, opening for Styx. Within a year, a live TV special recorded in Dortmund was viewed by 27 million Germans, making Saga superstars. (CITY-TV in Toronto aired it frequently as well.)

It wasn't just a European thing, either.

Saga played stadiums in Venezuela and Puerto Rico – including one 1981 gig in San Juan in front of 15,000 people, some of whom used a sledgehammer to knock down a concrete wall to get in before being beaten back by police; another fan axed his way through the ceiling and descended into the venue on a rope. In 1984, Saga would become the first Canadian band to play behind the Iron Curtain, bribing border guards with alcohol and T-shirts to get through, even with the proper visas and an invitation to christen a new stadium in Bucharest. Earlier this month, on the Cruise to the Edge – a Caribbean cruise tour headlined by Yes and Marillion – Saga fans from all over the world came to see one of the band's final gigs.

Saga did well enough in Canada – their 1982 live album In Transit went platinum here (it's also the first live rock album ever released on CD). But after headlining Toronto's Maple Leaf Gardens in 1984, they didn't play their hometown for almost another decade, concentrating instead on Europe.

"Our domineering English manager didn't think much of our own country," Gilmour says. "He wanted America and Europe, because that's where all the money was. Big mistake. We should have always come back and toured Canada at least once a year. Out of sight, out of mind."

However, touring the United States extensively with Jethro Tull, Pat Benatar and Eddie Money did push sales of Worlds Apart to gold status there (500,000 copies).

But an expensive lifestyle jet-setting between London, the Bahamas and Munich, combined with mismanagement and an ill-advised embrace of digital sequencing – which diluted the band's unique sound – led to the departure of two key members (Gilmour and drummer Steve Negus) in 1986. Commercial oblivion followed. Saga's last chart hit was limp MTV fodder, called What Do I Know? Many fans wondered the same, and gave up.

But Saga never slowed down: In all, the band released 22 studio albums and eight live albums over the past 41 years.

"Saga has never been considered a nostalgia act in Europe, because they continued to release new albums on a frequent basis," says Dutch music writer Edwin Ammerlaan, who published a biography of the band in 2007. He's likely alone in thinking the band gives short shrift to their new material in sets that still rely heavily on the first four albums.

Saga threw fans more than a few curveballs in the past 25 years. To the relief of old fans, Gilmour and Negus returned in 1993 for The Security of Illusion, which jettisoned pop ambitions and shifted back to the band's core sound. (Negus left again in 2003; four drummers have followed in his wake.)

The later discography is spotty: a rock opera, a soundtrack to an aborted TV series, a brief interlude with a different lead singer, attempts to fit in with the grunge era. But their last two albums, including 2014's Sagacity, landed them back in the top 20 of the German charts. Ammerlaan says that in the Past couple of years, Saga is "absolutely on top of their game. I've seen them play some of their best shows ever – and believe me, I've seen a lot. I stopped counting at 100."

So why pack it in?

Everyone is in their early 60s and still healthy. "We do need a break," Gilmour says. "I need to do more camping for a little while. Ian and I are working on a new project. It will probably sound a lot like Saga. But who knows what the future will bring?"

Offers are still coming in. "In all reality," Ian Crichton says, "we might come back next year. We'll see. There's no quitting for me. I'm still breathing. I still want to play."

Saga plays its farewell concert in Toronto on Feb. 24 at The Phoenix Concert Theatre (phoenixconcerttheatre.com). 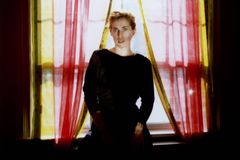 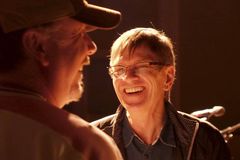 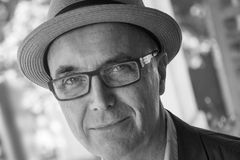