Nobody's going to buy the cow when they can get the milk for free. The old adage no doubt occurred to more than a few people in the music business when it was announced in September that Universal Music Canada and Republic Records in the U.S. had signed the Canadian R&B act The Weeknd and were going to re-release three mix-tapes that had previously been available as free downloads on the Web.

Making the deal seem even more improbable was the fact that Abel Tesfaye – the 22-year old Scarborough native who sings, writes and produces as The Weeknd – is notoriously press-shy, and had done little touring or concert-playing. In an industry that runs on hype, The Weeknd's ultra-low profile is hardly an obvious fit.

And yet Trilogy, which was released Tuesday, is shaping up as a sizable hit. "It looks like it's going to be 100,000 copies sold in the first week in the U.S.," says Randy Lennox, president and CEO of Universal Music Canada. "It's going to easily be a Top 5 record in the first week." (Canadian sales figures will be released early next week.)

Online sales, which theoretically would be most likely to have been blunted by free downloads, are also strong, with Trilogy trailing only One Direction's Take Me Home on iTunes' album chart, placing it well ahead of new albums by pop diva/TV star Christina Aguilera, reunited alt-rockers Soundgarden and punk perennials Green Day.

Tellingly, Trilogy is the only R&B album in the iTunes Top 10. But then, The Weeknd isn't a typical R&B artist. His sound is hardly party music; it's more like the after-party, with his sweet, plaintive tenor floating like cigarette smoke over darkly atmospheric synths and a slow, almost narcotic groove.

Sexy and dangerous, it's an approach that has excited listeners and incited discussion online since March of last year, when fellow Torontonian Drake posted a link to a Weeknd track called Wicked Game. A few weeks later, The Weeknd's own website offered a nine-song mixtape called House of Balloons as a free download. The music press reacted with a chorus of hallelujahs. Meanwhile, thanks to Drake tweets, The Weeknd's own Twitter account picked up an army of followers.

Five months later, a second free mixtape went up online. This one, Thursday, featured a guest vocal by Drake, and garnered equally approving reviews. Echoes of Silence, which followed in December, completed the trilogy. Add in singing and writing contributions to Drake's Take Care and remix work for Lady Gaga, and by the new year The Weeknd had become such a hot commodity that he was booked for the 2012 Coachella Festival despite having given only a handful of live performances.

What makes him different? Like a lot of producers in R&B, he often builds songs around samples from other recordings. But instead of drawing from the usual sources – vintage soul, rare-groove jazz, classic rap singles – The Weeknd's taste runs more toward alt-rock and punk, with House of Balloons/Glass Table Girls incorporating an old single by punk pioneers Siouxsie and the Banshees, while The Knowing draws from the dreamy alt-psychedelia of Cocteau Twins. Not surprisingly, his fondness for alt-rock has earned him the approval of similarly alt-rock-loving music critics.

But Jon Caramanica, the New York Times pop critic who reviewed a Weeknd performance in Guelph last year, says his appeal is simple. "If you listen to Prince and you know who DJ Screw is, The Weeknd makes a lot of sense."

You don't have to look any further than Michael Jackson to understand the Weeknd's No. 1 influence, Lennox says. Indeed, it's easy to hear echoes of the late superstar in Tesfaye's delivery – particularly on D.D., his cover of Jackson's Dirty Diana. There's a similarly tremulous quality to Tesfaye's singing, but where Jackson uses breathiness and quick vibrato to convey a sense of showy desperation, The Weeknd's pleading tone registers as anxiety, as if he knows how the story ends and can do nothing to stop it.

But the differences are just as important. Jackson's sound, even at its most pop, always had a strong basis in the blues, an influence that's almost totally absent from The Weeknd's sound. Instead, the melisma he uses to ornament the vocal line in songs like Wicked Games has more in common with the Arabic-influenced sound of Senegalese superstar Youssou N'Dour.

Perhaps the most significant divergence in the Weeknd's notion of R&B can be found in his lyrics. Traditionally, the men who sing rhythm and blues have assumed tough-guy personas. They might be ultra-masculine seducers, like Teddy Pendergrass and Isaac Hayes; they might be suave romantics, strong enough to sing about feeling vulnerable, as Sam Cooke and Marvin Gaye did.

The Weeknd takes a different tack entirely, coming across not as tough but as someone who is both scarred and culpable, wanting love but keenly aware of the pain that often comes with it. It's as if Tesfaye's stage name is a double-edged pun, suggesting both "the weekend," with its promise of romance, relaxation and nightclub frolics, and "the weakened," with its recognition of the emotional toll life takes.

Take, for example, Valerie, one of the newer tracks from Trilogy. It's a song about cheating, and opens with Tesfaye sweetly intoning, "Come a time in a man's life/When he must take responsibility for the choices he has made." But that responsibility only goes as far as admitting that he's unfaithful; by the second verse, he once again finds himself with "my hand on another girl." Worse, although Valerie "can see through me," she doesn't act, but "choose[s] to never know."

It sounds painful, awkward and real, an impression that's only intensified by checking The Weeknd's Twitter feed and finding this: "I want to apologize to Valerie. I had to do it."

"You know, as interested as I am in him melodically, structurally and sonically, I'm probably most interested in him psychologically," says Caramanica. "This is romance as nihilism, or maybe nihilism as romance – I don't know which is the chicken, and which is the egg. But there's an outrageous darkness to his perspective on relationships, and his perspective on interacting with women, and it's interesting because it doesn't feel abusive."

"But there's something scarred about these records," he adds. "And if people are going to say he's doing a new form of R&B, that to me is a much more interesting basis for a 'new form of R&B.' It feels like a fresh archetype, one I have not heard before. That's way more exciting to me than, 'Oh, he samples the Smiths' or whatever."

No doubt the mystery that surrounds The Weeknd only intensifies that darkness. At this point, the longest quote Tesfaye has given the press has been two words, when he told the trade magazine Billboard that getting all the samples cleared for Trilogy was "killing me." It's hard to build much of a psychological portrait around that.

Twitter and his blog help, but 140 characters reveal only so much. Tesfaye is, as a recent blog post put it, "a man of few words," and much of what he sends out to the world concerns concert appearances and videos put online. But there are also endearingly modest shout-outs to his fans (e.g., "wow, you know you have read fans when they purchase music they've already had for years"), and occasional gnomic flashes of darkness that only add to his mystique. When he tweets, "don't let nothing fool you, I'm alone in this. only time knows how it'll all end," is he talking about his band? His career? His life? All of the above?

It's tempting to read his terseness as calculation rather than inclination, deriving less from shyness than an understanding that the less you reveal, the more easily you control your mystique. It is clear that he's career-conscious and ambitious. Lennox says that the decision to repackage his mixtapes as Trilogy was "driven more by him than us," inspired in part by Tesfaye's understanding that, despite the prevalence of downloads, 58 per cent of the music purchased in Canada is bought in CD form. Says Lennox, "Abel recognized – as we did – that there was a missed opportunity."

If The Weeknd's mixtapes missed opportunities – that is, sales – Trilogy is more than making up the loss. Add in the exposure gained through his fall tour with Florence and the Machine, plus a set of sold-out headlining dates in New York and Toronto, and The Weeknd should be in excellent position to kick it up a notch with a new studio album next year.

Is he the new face of R&B? We'll know better when the numbers are in. As Caramanica sees it, a key indicator will be how The Weeknd's first-week sales compare to those for Usher and Chris Brown – two of the biggest stars in traditional R&B.

"I feel pretty confident The Weeknd is going to sell that as well, possibly better," he says. "So if the guy who's doing the 'non-traditional' thing is selling the most records, then you have to revise your understanding of what traditional is. And if you're someone who is closer to the centre of what R&B has been, you're hurting right now – and this guy is going to come along and basically clean your clock." 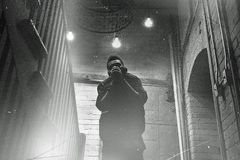 A deeply atmospheric mixtape from the Weeknd
September 2, 2011 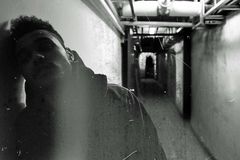