If there is no rest for the wicked, neither is there time out for the scrappy. I've dropped into the downtown office of Six Shooter Records, the small, industrious roots-music label that just enjoyed its most successful year in its 12-year-history. On a dark, late Friday afternoon, founder and president Shauna de Cartier, her business partner and two full-time staffers are taking phone calls and dealing with a late shipment of CDs that just arrived to their lofty third-floor space behind the Horseshoe Tavern. De Cartier reminds the publicist that she'll be away in Nashville for a conference the following week, and that she'll need to be on hand at a video shoot for one of the label's bands, Whitehorse, in her place. The publicist, while signing for the package, assures de Cartier that she's on it.

It's a friendly but bustling environment at Six Shooter; everybody does a little bit of everything. "You have to put your ego at the door." says de Cartier, walking back to her office. "There's no time for preciousness."

I use the term "scrappy" on the advisement of the publicist, who tells me that the four women of Six Shooter prefer the word "plucky" not be used in their description. "Scrappy is acceptable, but not our first choice," she says, handing me a soft drink. "Enterprising is best."

In 2000, de Cartier, then 33, arrived in Toronto from Edmonton, where she'd earned an MBA and was on the corporate-marketing fast track. But she walked away. "I could see the path laid out for me," she recalls, "and I realized that wasn't what I wanted to do with my life."

What she's instead done with her life is to build, from scratch and with no training or experience in the business, one of Canada's most respected independent labels. Last year was a landmark one, with critically lauded artists Danny Michel, Whitehorse and Halifax-based singer-songwriters Amelia Curran and Jenn Grant all releasing albums and stepping up to larger performance venues. Whitehorse, the duo of Luke Doucet and wife Melissa McClelland, makes its Massey Hall headlining debut in March.

Six Shooter is broken down into two companies: One is concerned with artist management, while the other sells records. The former is more lucrative than the latter – in short, the management side pays the bills racked up by the label side. "It's always been that way," explains Cartier, who shares management responsibilities with vice-president Helen Britton.

Because it is near impossible for a small label to survive on selling music alone, companies such as Six Shooter manage the same artists they make records with. But if the larger label side doesn't make the money, its role is crucial. "The record label is the house – it forms the brand," says de Cartier, an affable and energetic presence on the Canadian music scene. "In many ways, the label is the vehicle for the management to help achieve the common goals of the artist and the manager."

Six Shooter's preference is for the so-called 360 deal, in which the artist is represented managerially by the record company that puts out their records. It is an inclusive, almost holistic approach.

Britton, a British émigré who began as an assistant to de Cartier, speaks about the roots-rock trio Elliott Brood, formerly signed to Six Shooter. "We made two records with them, and they were ridiculously expensive," she says, referring to the band's idea of hand-wrapping its CDs in brown packing paper. "But our artists are included in the creative aspects of the marketing plans. We like to encourage that process."

De Cartier's promoting of Britton to partner early on is indicative of the non-hierarchical model of Six Shooter. While sharing a small space with other music managers, de Cartier couldn't afford a babysitter. She would bring the baby into the office, where Britton would help look after the infant. "It was obvious that Helen was what I needed," de Cartier recalls. "Her thinking was, 'What needs to be done? Do I need to take this meeting or do I need to change this diaper?'"

In addition to managing artists and making records, Six Shooter has recently branched into concert promotion and song publishing. Last year saw the company's second instalment of the innovative Sleepwalk Guitar Festival in Toronto and the inaugural Interstellar Rodeo festival in Edmonton.

De Cartier had left Edmonton after attending Canadian Music Week in Toronto in 1999. After watching a showcase set by Doucet's band Veal at the festival, she signed him to a management deal. After moving to Toronto and failing to find a label for her client, she started up ("out of impatience") her own Six Shooter Records. A huge Rheostatics fan, de Cartier then signed that band's guitarist Martin Tielli.

Around that time, de Cartier approached Canadian music-industry icon Bernie Finkelstein, asking him to be her mentor. He turned her down.

"I couldn't bear to have anybody watch how I worked or how I got things done," recalls Finkelstein, founder of Truth North Records and one of the fathers of Canadian-content radio regulations, with a laugh. "But in a very informal way, I feel I've always been available to her. And she probably got what she wanted, in her own way."

In fact, de Cartier's way is very much Finkelstein's way, as far as having hands in every aspect of the business, rather than simply selling records. The pair are mutual admirers, and de Cartier makes no bones about taking tutelage from Finkelstein. "I volunteered to work on every committee he was on and I sat beside him at the meetings," she said of their time together in the Canadian Independent Music Association (CIMA).

De Cartier, who is now the newly appointed chair of CIMA, was also recently elected to the Nashville-based Americana Music Association board, and also acts as vice-chair of the Radio Starmaker Fund, an organization dedicated to the advancement of Canadian musicians. "It's smart of her to be on the inside changing things," Finkelstein says, "rather than to be on the outside expecting things."

The label began humbly, with de Cartier's vision, rather than expectations. "I started Six Shooter as a business where art took precedence over commerce," she says. "Not that I don't intend to be commercially successful, but I wanted the artists' development and talent to lead the way. That's never changed."

Sidebar: A reputation for thinking outside the box

If Six Shooter has a reputation, it is that they are straight shooters. "I sometimes think that if women are going to take over the record industry, and it would be a good idea if they did, the women at Six Shooter would be at the head of the class," says Richard Flohil, a veteran concert promoter and music publicist. "I like them, and I trust them with my last nickel."

The company is also known for its defiant, no-nonsense manner, as indicated by its brash slogan, "Life is too short to listen to shitty music." And in service of their music and their artists, the label does what needs to be done. For example, the company made a gracious allowance to its newest signee, the Ontario singer-songwriter Danny Michel. Six Shooter's logo is a woman on horseback holding a pair of six shooters high above her head. However, because Michel is strongly anti-gun, on his acclaimed 2012 album Black Birds Are Dancing Over Me, the cowgirl is holding maracas instead of pistols.

"It's symbolic of the label's commitment to their artists," says Michel, who had been managing himself since 2005 until signing with Six Shooter. "They're open-minded and they think outside the box." Ironically, by altering the company logo to suit one of its acts, for the first time in its uncompromising history, Six Shooter failed to stick to its guns.

What does the decline of the major record labels mean for music?
July 8, 2012 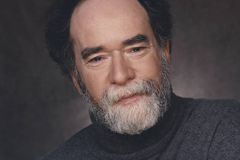 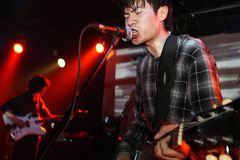 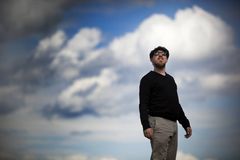