Afterward, they spoke to The Globe and Mail about the experience of performing in front of a rock 'n' roll hero.

You two were on stage at Massey Hall, 20 feet away from Neil Young in the audience, playing his music. What was that like?

Doucet: It was weird, obviously. But I think we were a lot more freaked out before it happened than when we got on stage. I don't generally like playing covers. It feels like hard work. I'm not good at remembering things. But Neil's songs are so iconic. We've heard them a million times. So there's not a lot of mental work going on.

McClelland: The thing we like about Neil Young are the rough edges – the imperfections. His music has beautiful flaws all over it and that's what makes it so special to us. I told Luke before we went on that it was terrifying and exciting, but that there was some relief in knowing that it didn't need to be perfect and that we just needed to go out and Crazy Horse this.

Doucet: It's a good thing it wasn't a Steely Dan tribute. We would have been screwed.

You chose to perform Ohio, which is some pretty heavy real estate to cover. What are your thoughts on protest music?

Doucet: We've been writing protest songs more than ever. Melissa's written a couple, especially. There's so much in the media, watching people wrestle with authority and figuring out how much authority in the hands of police is appropriate. Also, the performance we did of Ohio came a month after what happened in Charlottesville, Va. It wasn't hard to draw parallels.

McClelland: The protest song kind of went out of style for a while. It seemed cliché and outdated. And then Neil came out with Living With War in 2006, when George W. Bush was president. I remember listening to it over and over again. I was so impressed with it. It was just such an unapologetic protest record. We weren't hearing it then. But it was Neil's style to say, "Okay, this is what is needed right now."

It's not traditional protest music, but there is social commentary on your new album, Panther in the Dollhouse, right?

Doucet: Yes. Protest is a strong word. We're trying to inspire some sort of thought. I'm not suggesting it's our job right now to inspire change. It's a little bit lofty. It's a bit of an Icarus thing that I'm not sure we want to get into.

What are you trying to do then?

Doucet: It's about connecting things back to people, where it becomes fodder for conversation. Popular music is just the latest version of that. I've been reading Steven Pinker's The Better Angels of Our Nature. He's unpacking what he calls the humanitarian revolution and trying to understand why people became more empathetic so quickly after the Middle Ages. He talks about the advent of the printing press in the 15th century. Within 200 years, literacy shot through the roof. People were reading fiction, which forced people, or at least gave them the opportunity, to empathize with other people.

Does it matter whether stories or songs are fiction or non-fiction?

McClelland: I don't know how you would define protest songs. But we approach any kind of social commentary as songwriters as storytellers. It can be non-fiction or fictional. We're diving into characters and hopefully extracting some sort of idea or emotion from that.

There's a line in Ohio: "What if you knew her, and found her dead on the ground. How can you run when you know?" That can inspire many emotions, empathy not the least.

Doucet: Absolutely. When it comes to our music, Melissa and I are trying to inspire a degree of empathy in the stories we tell. And as far as fiction or non-fiction, the truth isn't all that important. Tom Waits lies through his teeth constantly, and I'm happy that he does. His real life isn't important. It doesn't interest me. Empathy is the thing. 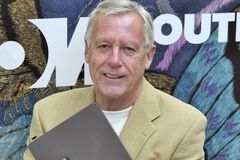 Canadian musician Bruce Cockburn on the significant songs of his career
September 22, 2017 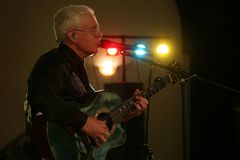