He loved it, yeah, yeah, yeah. Larry LeBlanc, the veteran music journalist, receives the Walt Grealis Special Achievement Award this Juno weekend. We spoke to him about writing, eating at Joni Mitchell's house and being the first kid on the block with the new Beatles album.

You were there, with the first wave of rock critics in the 1960s, but you never thought of yourself as such. How did you see yourself?

What I tried to do was to create a snapshot of that artist on that day and at that moment. I did my research, but also I also attempted to get the subject to talk about things they perhaps hadn't talked about before. I got my inspiration from the writers who were doing profile pieces, particularly Esquire magazine. Grover Lewis and Michael Lydon, and people like that.

You're talking about such pieces as Gay Talese's piece for Esquire on Frank Sinatra, right?

That article, Frank Sinatra Has a Cold, is still the finest piece of writing that I've come across on personalities. If I had a goal, it was to write on that level.

When people talk about sports journalism, and the way it was in the 1950s and 60s, they always bring up the idea that sportswriters used to ride the same trains as the pro athletes. Can we apply that to the early days of music journalism?

It was very much the same. The first interview I did was Ronnie Hawkins at Le Coq d'Or in Toronto. He had a go-go dancer on each leg, drinking gold Cadillacs. I was about 15. To give you an idea how much access I had, I interviewed Ike and Tina Turner at the old Club 88, which is now the Masonic Temple. I'm in their dressing room. The musicians are getting changed, but so are the Ikettes and so is Tina. I was 17 or 18 at the time, and Tina's in her panties and bra and the Ikettes are putting pads in their bums.

Sounds like Cameron Crowe and the film Almost Famous. How realistic was that movie?

That was the Disney version of Cameron's start at Rolling Stone. The band that he really toured with was the Allman Brothers, when Duane was still alive. What he really saw was a lot more raucous. It was a sweet movie, but it's not reality.

What was the relationship like, between the musicians, particularly the rock acts, and the journalists back then?

When we were covering music in the sixties and seventies, we were basically covering people that were like us. They didn't have a lot of money. Even if they were successful, they weren't rich, rich, rich. Today you're covering somebody who is very young and who is a super-millionaire and who does not have your values and who does not see the world the way you do. Back then, they were still one of us.

Even the biggies, like Joni Mitchell or Neil Young?

Absolutely. I've eaten at Joni Mitchell's house in Saskatoon. I know her mom. I knew her dad. We all knew Scott Young, Neil's father, really well. I go back with Neil to the Mynah Birds. I danced on [Toronto TV station] CFTO's Hi-Time shows to the Mynah Birds with Neil Young. Beat that.

I think I once had a drink with Broken Social Scene's Kevin Drew. But couldn't it be said that music journalism is better now, with some irreverence and distance between writer and artist?

It isn't better. It just is. In the old days, journalists writing on music were participants in the story with the bands involved. Today, music journalists are voyeurs on the sidelines with little real personal contact, or limited contact, with artists. As well, today journalists are more limited in scope in what genres that they cover. So today is not better. It is just that different skills are brought to bear in covering the music scene.

It does sound like it was more fun back then, perhaps because both the artist and the journalist were in for the same ride, the same adventure.

A lot of the artists didn't think they'd be around that long. And don't forget, I was still in high school when I started writing for American publications. Back in those days, they gave you the albums way in advance. I would walk down the hall in high school with an advance of the Beatles album, when it wasn't being released for another two three weeks. Hard to beat that kind of draw, let me tell you. 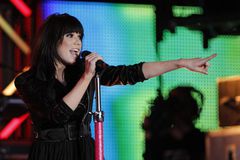 Nominations for the Juno Awards: few surprises, but still some dramas
February 19, 2013 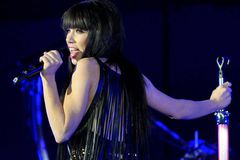 The Junos have a plan to keep you plugged in to Canadian music all year
January 29, 2013 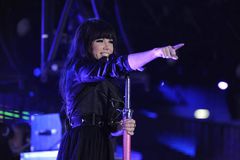 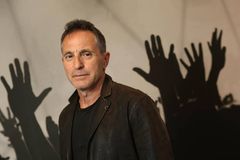