How do you get to Carnegie Hall? If you're running the Royal Conservatory of Music, you go to New York, pitch a well-tested system of teaching and exams to the venerable concert hall, launch a joint venture across the United States, and get ready for your enrolment to double in five years.

At a time when many cultural organizations struggle to stay on their feet, the 125-year-old conservatory is expanding aggressively, through a year-old alliance with Carnegie, an ambitious plan for online education, and an arts-based education program aimed at keeping at-risk kids in school. The Con, as it's affectionately known, opened a much-enlarged Toronto facility in 2008, and a year later launched a major concert series in a superb new hall, which tonight hosts a birthday gala featuring pop star Feist and opera soprano Measha Brueggergosman.

"We think the brand name is very powerful, and we believe we have the best system," says Peter Simon, the Conservatory's president. Simon, a Hungarian-born Canadian, took over the Conservatory in 1991, and has since tripled its budget to $36.8-million (70 per cent of which is earned revenue). He sees the Con's traditional franchising model – whereby certified freelance teachers use materials standardized at head office – as a template for exporting its methods to other countries, new media and very different teaching situations.

In the past year, he says, 70 music schools and more than 3,000 teachers in the U.S. have signed up for the Carnegie Hall Royal Conservatory Achievement Program, which will deliver the same kind of syllabus and graded testing used by 500,000 Canadians annually. The federal government, under former Con student Stephen Harper, put up $7.5-million to get the Carnegie partnership started.

The Con opened in 1887 above a Toronto music store. Since then, it has taught and tested famous performers such as pianist Glenn Gould, tenor Jon Vickers and jazz musician Diana Krall, as well as people who have excelled in other pursuits (including film director Norman Jewison, NHL defencemen Scott Niedermayer and media executive Ivan Fecan).

Brueggergosman was a determined Conservatory student while growing up in Fredericton, a town where classical music wasn't easily encountered. Her piano exams, she says, provided important discipline and meshed well with her competitive nature.

"Singing is very organic for me, but I'm not a natural pianist, and I really needed that structure to gauge my progress," she says. "And there's such a cross-section of music in their syllabus. I credit the Conservatory for my continued love of contemporary music."

In 2008, Brueggergosman returned to Fredericton to launch the New Brunswick division of Learning Through the Arts (LTTA), a Conservatory program launched in 1994 to use creativity in the arts to enliven subjects such as science and social studies. The program pairs specially trained artists with classroom teachers – 15,000 across Canada so far.

In 2010, Alberta Justice gave LTTA a three-year, $1.3-million grant to bring arts-based education into 90 classrooms in Fort McMurray. The town's Keyano College has just cut its arts faculty in half, but Alberta Justice sees the arts as a tool for social cohesion, especially in troubled aboriginal communities. Spokesman David Dear calls LTTA "an outstanding success" in Fort McMurray. The Prince of Wales has also cast a vote of confidence: His Prince's Foundation for Children and the Arts will run LTTA programs in Britain.

Back in Toronto, the Conservatory is trying to eliminate the mortgage left over from its $143.5-million expansion, and to make its professional-level Glenn Gould School (GGS) tuition-free. The mortgage costs about $3-million annually, and turned a $644,000 surplus last year into a $3.4-million deficit. Simon says that $1-million in budget trims, plus income from the Con's expansion abroad, should help avoid a repeat performance. The Con is almost halfway to its goal of funding 125 four-year scholarships for GGS students, which would save a further $3-million a year.

Online education is "a big investment area for us," Simon says. His goal is to let people study sight-singing or harmony at their computers, or buy publications from the Con's Frederick Harris Music Co.

The annual 55-concert series at Koerner Hall, which this year featured the likes of soprano Susan Graham and pianist Emanuel Ax, has broken even each year. It provides free admission to GGS students, and arranges masterclasses with visiting artists, including conductor Valery Gergiev next year.

Meanwhile, all over Canada, children and adults take lessons, practise for exams and learn math through programs developed at the Royal Conservatory. Even if they never get to Carnegie, they're getting the message, one note at a time. 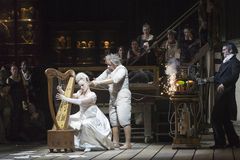 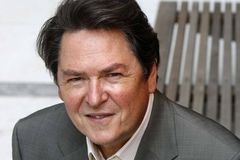 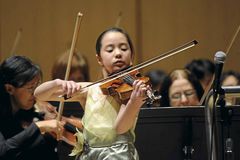