Tafelmusik Baroque Orchestra is famous the world over, partly through its many recordings, partly through its extensive touring schedule. As it seeks its new music director, almost all the candidates are European – they know the orchestra well through its stellar international reputation.

But there's another aspect of the Tafelmusik organization that is as excellent as the orchestra, but heard almost exclusively in Toronto, hardly known anywhere else.

That's the Tafelmusik Chamber Choir, one of the best period vocal ensembles in the world. The choir is celebrating its 35th anniversary this season, and when you talk about it, the conversation inevitably revolves around Ivars Taurins. Taurins, a founding violist with Tafelmusik, helped create the choir, and has been its one and only leader for its entire history.

Anyone who knows Taurins (and he and I have collaborated on a couple of projects for CBC Radio's Ideas, so I'm biased) knows that his wit and wisdom – his metaphors and ideas and thoughts about music and art and society – are renowned.

So, I sat down with him last week as he was preparing for the 35th anniversary concert, and here are some of the Collected Sayings of Chairman Taurins:

On getting every note

"Every note in baroque style has to be beautiful on its own, able to be displayed on a mantlepiece. Every note is a pearl. The articulation is the knot between the pearls.

The phrase is the string of pearls.

At one distance, all you can see is the string of pearls, but closer you can also appreciate the beauty of each pearl.

In later eras, it's not a string of pearls composers were after but a tube, like those art deco snake necklaces.

There's no need to appreciate the individual elements making up that object."

"I've always had a fascination with the voice, and growing up, that meant absorbing my parents' eclectic tastes.

First, Harry Belafonte, that was my mother's side – and then all the pop greats – Frank Sinatra, Nat King Cole, Sarah Vaughan, Ella.

What drew me very early on to these artists was their emotional connection with the text – the way they were singing these words, as only the great ones could – with such immaculate technique that you're not even aware of – in terms of timing intonation, breathing.

"If you have been trained to sing over an entire full orchestra in a modern-sized concert hall, and flatten the people in the back row, you're going to have a different set of muscles and technique than you will have singing a Dowland lute song, or one by Purcell. Baroque singing is about clarity and agility – it's care with detail, nuance.

A weightlifter has muscles, and so does a ballet dancer – but they cannot do the same things."

"The choir has evolved – the colours have altered over the years – it's like seeing the progression of an artist's work – things become bolder, things become more outlined.

The great conductors say that when you're young, you're scared of silence.

Young musicians rush into things, take things too fast. The beauty is in appreciating a slow tempo or a silence, knowing how to deal with it. That's something that I've certainly learned over my 35 years."

"The first classical record I owned was Nocturne by the Hollywood Bowl Symphony Orchestra arranged and conducted by Carmen Dragon. Not as bad as Mantovani, but in the same ballpark. Humperdinck's Hansel and Gretel, Massenet's Thais. I loved it. That and military music, although people don't get the latter. Pipes and drums. If bagpipes play in harmony, I'm just over the moon." 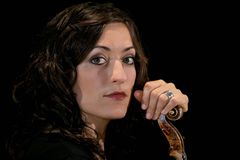 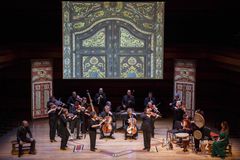 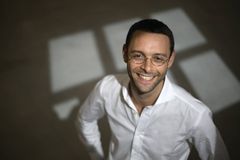