Jamie Smith, aka Jamie xx, has done production work for Drake and Alicia Keys, and remixed Adele and Radiohead; he reworked Gil Scott-Heron's final album, I'm New Here (as We're New Here). But he is best known as percussionist and producer for the xx, the Mercury Prize-winning trio known for its quietly intense dynamic, which powers quietly intense songs. In Colour is Smith's first solo album, and its sound is very different than that of the xx: less minimal, more danceable, more joyful. But it comes from a similar place.

The xx are filed under indie rock; they are an independent band that writes within pop/rock song structures. It's not as if genre doesn't matter at all – it's useful, it's just not very meaningful. Everyone listens to everything now. So you can either invent new genres for every new cluster of reference points (Witch house! Seapunk!) or just think of genre as a contextual detail, something potentially interesting, but not necessary. It comes down to sensibility and dynamic.

"I love that everything is a lot more free now," Smith says, in a hotel in downtown Toronto. There's a metal bowl on the glass table in front of him, filled with bananas, whose reflection looks like a disco ball. "In my head at least, it makes it easier to make something without thinking too much about what it is." He wears a thick, slept-in Oxford shirt and scuffed shoes with good socks, and he is reserved but more present than he appears to be. He answers each question as it's asked, even if just to say that he doesn't have an answer, and makes eye contact sometimes, on purpose. He comes across as the sort of deep-set person who is always forgetting and remembering his body.

Smith, who is from London, grew up listening to his parents' soul records. His uncles were DJs; one worked out of a radio station in Sheffield, in England, and the other played bars in New York.

"I have this memory of going to see him play records at, like, eight years old," he said, "but I'm not sure if I just imagined it."

"I just liked the physicality of turntables – they looked cool. I wanted to play with them. I didn't even really understand what mixing was, I just wanted these objects. So then my uncle gave me them when I was 10."

He started making music, out of samples.

"Mostly I would just mess about," he says. "I gave out a tape at school when I was like 14, of stuff that I had made. But it was just something that I enjoyed doing a lot more than being in school."

Privately, his good friends Oliver Sim (bass/vocals for the xx) and Romy Madley Croft (guitar/vocals) began making their own music together, more focused on lyrical and vocal interaction.

"I was doing my thing, just skating and making music in my bedroom," Smith says, "and then eventually they came to me and asked me to make some beats for them to play along to live."

Each had a completely different taste in music.

"Ollie was listening to just R&B, like nineties R&B. And Romy was listening to punk, and rock 'n' roll and stuff like that, things like the Distillers. So we were all very different. Which is why [the music] kind of came out like it did. Because we all had to end up liking it."

Smith doesn't really call attention to himself. He seems to prefer collaboration, even when it's challenging – "getting along definitely makes a certain sort of music where you're comfortable, and you're probably happier with the outcome because you can just be completely honest with each other. But I reckon – in fact, I know, because I've had some pretty uncomfortable experiences in studios with people I don't know – that great stuff will come from being that uncomfortable." The xx, however, still feels like home. "I hope that it always will."

He finished In Colour, he says, partly to clear out his head, so that he could start fresh on the xx's third album. Not that his solo work is any less strong, or cohesive, as a result. In Colour is a beautiful, pulsating album whose songs feel multidimensional. Genres sourced run from dancehall to house to top-of-the-mountain pop, but the album's strength comes from a molecular source, in sounds interacting – they address each other rather than the listener. Smith's songs work the way he seems to: They're inwardly gathered, which isn't to say they're not danceable, or made for large crowds. Each one feels like a particular intimacy.

Grrrls on the outside: rewriting rock history
May 15, 2015 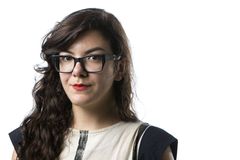 Alexandra Molotkow: The strange, brilliant new record you shouldn't be scared of
May 1, 2015 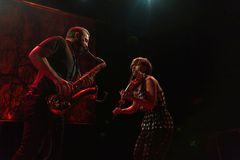 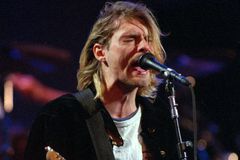