For a quarter-century, Joel Plaskett has been making acclaimed music from his home base of Halifax. In the forthcoming book Nowhere With You, Globe and Mail reporter Josh O'Kane – a Maritimer now living in Toronto – explores how Plaskett's career and songs relate to life on Canada's east coast, and where they fit in the CanCon canon. It will be published April 1.

The guys from Sloan were back for the holidays, and word had it they'd be at Dave Marsh's new house for a party. Even though the Halifax drummer's place had no furniture, Joel Plaskett had every reason to be there: It was close to home, his mentors in Sloan had long ago moved to Toronto, and in recent months Marsh had become a close confidant and musical partner. But instead, Plaskett got into his green '69 Pontiac Parisienne and spent the last few hours of the 20th century driving to Cape Breton.

The overhyped end of the millennium coincided, for Plaskett, with a more literal end. His band, Thrush Hermit, had played their final show and broken up just three weeks earlier. Playing in that band was the only job the 24-year-old had ever had; he'd been singing and playing guitar in it for a decade, alongside his best friends Rob Benvie and Ian McGettigan. The band had spent the nineties morphing from prank-calling kids to scrappy Superchunk disciples to hard-rock revivalists, drawing heaps of music-industry attention along the way.

This hinted at a long career trajectory for the Thrush Hermit crew, whose network of connections read like a checklist of nineties cool: They were discovered by the guy who gave the Wu-Tang Clan their first publishing deal; recorded with the minds behind classic Pavement, Nirvana and Beck albums; and retained the Beastie Boys' lawyer. But a checklist doesn't entertain context, and in reality, they had a tough time making it in entertainment. Thrush Hermit's story turned out to be one of almosts – of a band defeated by bad timing, a shifting major-label ecosystem, and themselves, thanks to an indie-or-bust ethos and democratic design.

A few weeks earlier, discussing the band's breakup with the Toronto Star, Plaskett was worried about his post-Hermit career. "I want to find a way to make it in Canada. But how do you continue to do cool things within a small scene?" he asked. "In Canada, I don't know if you can." Playing music, though, was all he knew. And he was stubborn. By New Year's Eve, he was done questioning himself. He didn't want to take time off before starting another band, and he had zero intention of leaving Halifax or Nova Scotia behind, either. The place had given him everything, even if staying there, far from any major music centre, had its setbacks. If he was going to keep making music, it was going to be on his own terms – how he wanted to, what he wanted to and where he wanted to.

Musicians around Halifax had already figured this out about Plaskett, and there was much talk behind his back about who would get to be a part of his next project. But by New Year's Eve, Plaskett already knew exactly who he wanted to play with. He'd nailed down a drummer: Dave Marsh, the scene veteran who was partying with members of Sloan that night. Marsh had drummed in the five-piece band Plaskett put together to play shows supporting In Need of Medical Attention, the country-flavoured solo record he'd just put out after his girlfriend got him hooked on Lefty Frizzell. The pair quickly formed a musical bond and, when Thrush Hermit was in its death throes, Plaskett turned to Marsh to keep his rock 'n' roll dream alive. Marsh, in turn, mentioned that Tim Brennan, a former bandmate and a friend since his eighties punk days, might make a fine bassist for a three-piece band.

Brennan had moved away long before, living in New York and Toronto to study photography.

Plaskett had actually already met him – he'd done photography for Thrush Hermit's 1995 EP The Great Pacific Ocean – but they'd never played music together. He was, in Plaskett's words, "super-cool," a no-nonsense bassist who could channel Paul Simonon at one moment and Waylon Jennings the next. Like the guys in Sloan, Brennan happened to be back in Nova Scotia for the holidays – and rumour had it he'd be moving to Halifax in the new year. So Plaskett spent New Year's Eve in his car driving to Inverness, Brennan's Cape Breton hometown.

As cruel as East Coast winters can be, the weather was clear that day, though the roads were a little dusty as they headed for the winding hills of Cape Breton Island. Plaskett is a tall man – about six-foot-three, though he tends to hunch over – but the boat-sized Parisienne had more than enough room for him and his carmates. Sitting shotgun was Al Tuck, a respected and well-connected craftsman among Halifax songwriters, whom Plaskett looked up to. They mirrored each other on the drive: two brown coats with matching brown shags on either side of the Pontiac's green-leather bench seat. It might as well have been the seventies. On the long drives there and back, they listened to Led Zeppelin and the Rolling Stones, arguing over their respective prowesses; the older, gravel-voiced Tuck argued for the Stones, while Plaskett, in spite of his indelible, childlike grin, fought zealously for Team Zep. In the backseat, Plumtree bassist Catriona Sturton, Tuck's then-girlfriend, struggled to get a word in edgewise. She had slightly better luck eventually, turning the conversation to traditional folk and musical ambitions. Ambition, after all, was the reason they were on the road in the first place.

They checked in at the Jingles Motel and headed to the Brennan family homestead. New Year's was mostly a family affair, but it was a classic East Coast kitchen party; Plaskett and his entourage were welcomed warmly. Everyone took turns at the household piano. There was, according to one account, a bottle of Jameson going around. The oft-whispered conspiracy theory that a computer glitch might shut down the world at midnight did not particularly weigh on the party, though an unknown guest surreptitiously filled the bathtub with water, just in case. Kids ran through the house, but by the time everyone gathered around the basement TV to watch the midnight fireworks in Halifax, they were all but asleep. At some point, Plaskett and Brennan began to talk shop – and yes, it turned out, Brennan was moving back to Halifax.

Plaskett made his offer. "When you come back, man, wanna play bass?"

Nova Scotia is a small place, and Halifax is even smaller. Plaskett's reputation preceded him; Brennan knew the kid was born to perform. Being in his band would be one hell of a party – especially with Marsh, one of his best friends, behind the kit. The decision was easy.

And so it was, without hesitation, that Plaskett had himself a new bassist, a new band and a new motivation to make music right at home. Less than a month after Thrush Hermit clipped their own wings, the Joel Plaskett Emergency power trio was born. With the safety blanket of his last band cast away, Plaskett had to start fresh, recording with friends on a shoestring budget, promoting shows alone and handling his own business affairs. He'd drive for whole days to play to handfuls of people, stay up for nights on end to perfect his recordings, and take a square job to pay for all of it.

But his tale is one of incessant hustle and slow, but eventual, payoff. First came management, a label and Juno nominations; then a solo album, a rock opera and a triple record, each expanding his live repertoire in distinct ways and finally nabbing him a Juno; then his own label and recording studio, letting him make all the music he wants, for both himself and his friends. Along the way, he's become a touring machine. He's played rooms across Canada, from empty bars in Fredericton to a packed Massey Hall in Toronto. Thrush Hermit may have fizzled out with the nineties, but here are some words people use to describe Plaskett today: Folk hero. Indie darling. National treasure.

Excerpted from Nowhere With You: The East Coast Anthems of Joel Plaskett, The Emergency and Thrush Hermit © 2016 by Josh O'Kane. All rights reserved. Published by ECW Press Ltd. www.ecwpress.com

Josh O'Kane is a Globe and Mail reporter in Toronto. 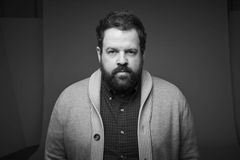 Singer Bonnie Raitt on being 66, her daring cover song and Donald Trump
March 11, 2016 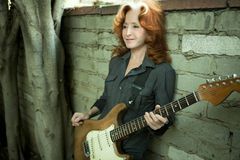