You can have more than a passing knowledge of music and still feel that composer John Cage is deserving of outright dismissal; a joke as much as a genius. He's that eccentric guy who wrote the silent composition (feel free to add air quotes to the word "wrote"); who put feathers and stuff inside pianos to make them sound not like pianos; who wrote a piece called As Slow as Possible but did not indicate exactly how slowly it should be played (a performance under way in Germany is scheduled to last 639 years). Gimmicks not to be taken seriously, some – many – have argued, ever since Cage rose to prominence and attention in the mid-20th century.

Controversial and at times ridiculed – but undeniably influential – Cage was a radical, avant-garde, experimental and prolific composer who shocked, delighted and sometimes annoyed audiences; who made them squirm, but who ultimately provoked a significantly different way of thinking about music and the aural experience. A silent composition? Ah, there's no such thing as silence, he showed us, by making us listen – raptly, uncomfortably, poignantly – to the sounds of our post-dinner bodies; the noise leaking in from the streets outside the concert hall. It was all music to him.

This year, the 100th anniversary of the American composer's birth, has presented itself as an opportunity to educate and change the perception, with events celebrating the composer all over the world – from Carnegie Hall in New York and Royal Albert Hall in London (part of the BBC Proms) to a recent conference in Toronto and concerts as far away as Africa and Iraq.

This week, Victoria becomes Cage central, with a slate of events that will include orchestral performances, a sound installation and an exhibition at the Art Gallery of Greater Victoria. The exhibit is mean to illuminate Cage's own work as well as his collaborations with visual artists Robert Rauschenberg, Jasper Johns and Marcel Duchamp, and choreographer Merce Cunningham, who was also Cage's life partner.

His status as a modern music pioneer is widely acknowledged, but 20 years after his death, a lack of deeper understanding about Cage persists, says Laura Kuhn, executive director of the John Cage Trust.

"He did radical things; there's no question about it," says Kuhn, who first met Cage when she was a graduate student and worked with him for many years. "You write a piece of music that doesn't make a sound, it's radical. It was radical in 1952 and it's still irritating to people. There are still people who think it's a joke. And I can tell you that the most persistent argument that I have to put up with, if you will, because it's really wearing, and Cage had to weather it himself through his entire life, and it persists, is the argument as to whether … Cage was a composer or a philosopher. So there's that discussion that goes on endlessly … and not just among the ill-informed."

John Cage: Devoted Play, a smallish show at the AGGV in Victoria, features works by Cage himself (beyond composition he was a visual artist, a poet, a chess player, a mushroom expert etc.), as well as artifacts, including a letter he wrote defending 4'33" – that "silent" composition – in which he refers to the I Ching, a profound influence, and in which he also offers to warn the recipient's friends "of the experience in store for them. You have only to give me a list of names and addresses," he writes.

That iconic, provocative and, yes, often derided work, pronounced "four-minutes-and-33 seconds," does indeed consist of silence, such as it is, in three movements. "The thing about a piece like 4'33" is that in a funny kind of way, you are now given permission to pay attention to the world around you for that amount of time," says Christopher Butterfield, composer, University of Victoria professor, and guest curator of John Cage: Devoted Play.

"I think Cage's whole point is that he wants people to be acutely aware of the kind of aural world or acoustic world around them and to be able to actually, I don't know, rejoice in the sheer idea of consciousness or of being sensitive to the world, and you don't need the kind of conventional constructs of music," Butterfield adds. "It's much more about a much larger world of sound possibilities than simply the ones put together for people to learn on the piano or the violin or an orchestra or whatever."

"When you look at the scores of his prepared piano pieces, it's just incredible," says music director Tania Miller, who will conduct a performance of 4'33" by the Victoria Symphony on Nov. 17. "He tells you every place to put a nut or bolt, which part of the string to put it on, where to place feathers or pieces of rubber. There are so many amazing specific descriptions and requests that are placed in scores by Cage which outwardly to us just feels like random music, but for him it was very specific."

The piano will be prepared and played by the orchestra's Tzenka Dianova, an expert on the art, and author of John Cage's Prepared Piano: The Nuts & Bolts.

There are too many Cage-related events happening in Victoria to list here, but also of note: His work Essay will be installed at Open Space. This sound installation (first heard/seen at Documenta 8 in 1987) consists of Cage's voice coming out of 36 speakers, reading Henry David Thoreau's On the Duty of Civil Disobedience. Yes, Cage was out there, and on YouTube you can find clips of him playing an amplified cactus, of others playing his Suite for Toy Piano, and, on a 1960 game show (!), there's Cage performing his work Water Walk (with instruments which included a bottle of wine, an electric mixer and a bathtub). But even if he is still the object of scorn, his influence cannot be overstated: from Brian Eno to noise musicians such as Canada's Nihilist Spasm Band to contemporary composers such as Gavin Bryars, and well beyond.

"I personally think that almost no composer of today is not somehow influenced by Cage," says Miller. Cage died in 1992, having composed an extensive list of works. But his much more significant contribution was a new way of thinking. His was a hungry curiosity which never seemed to wane.

The Cage 100 events in Victoria kick off on Nov. 8 at the Art Gallery of Greater Victoria. 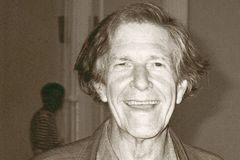 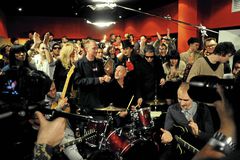 A fitting tribute to John Cage
May 17, 2002
Follow Marsha Lederman on Twitter @marshalederman
Report an error Editorial code of conduct
Due to technical reasons, we have temporarily removed commenting from our articles. We hope to have this fixed soon. Thank you for your patience. If you are looking to give feedback on our new site, please send it along to feedback@globeandmail.com. If you want to write a letter to the editor, please forward to letters@globeandmail.com.
Comments