On Dec. 9, 2009 , the Québécois folk singer Kate McGarrigle performed at London's Royal Albert Hall, as part of her family's Christmas concert there. Suffering from clear-cell sarcoma, a rare form of cancer, she poignantly sang one of her last-written compositions, I Just Want It to Last.

It was her final show; she died, at age 63, less than six weeks later.

Since then, McGarrigle's children (by Loudon Wainwright III – Martha and Rufus Wainwright), with friends, family and assorted all-star singers, have staged tribute concerts in London and New York. The second concert, at Manhattan's Town Hall theatre, was filmed by the Australian-born director Lian Lunson, whose resulting documentary Sing Me the Songs That Say I Love You screened on Wednesday as part of Luminato. On Friday, Rufus and Martha host a third benefit-tribute concert at Massey Hall, featuring the songs of McGarrigle, sung by Emmylou Harris, Bruce Cockburn, Kate's sister Anna and many others.

Both the film and the concert celebrate the healing power of music and the catharsis of song. We spoke to those who were with McGarrigle in life and in death – friends and family who found Kate McGarriggle's final performance in private to be just as graceful and meaningful as her last public one on stage.

The McGarrigle sisters, Kate, Anna and Jane, grew up in Saint-Sauveur-des-Monts, Que. The harmonious Kate and Anna went on to perform and record as a duo, with their songs covered by Linda Ronstadt, Maria Muldaur and others.

Jane McGarrigle: "Kate was, in some ways, a teacher. She would read a philosophical text and then she would go on about it at parties and dinners, through half a bottle of whisky. She loved to hold forth."

Anna McGarrigle: "She was always the escapist. She didn't like to be the person with the bad news. So, I would be that person, and she could sort of escape that responsibility. The last thing, she could not escape.

Jane: "We all thought magic would happen, or a miracle drug. But I think we all knew. In her last years, she did all she could, and she lived her life. Rufus and Martha travelled with her all over the world."

Martha Wainwright: "Kate, in her last three years, never got really angry or depressed or totally freaked out. She was really graceful. I think, of course, that she was angry. But she didn't want to subject people to it."

Rufus Wainwright: "I think she knew, very early on, that it was not a good prognosis. But she in no way succumbed to that concept at all. Yes, she was devastated. She was scared and was certainly troubled. But by the same token, she always remained positive and effervescent about life. When she did get the bad news, she immediately began enjoying life that much more. And believe me, she was always someone who enjoyed it to begin with."

Kate wrote I Just Want It to Last in 2006, expressing her feelings on mortality: "Make that earth slow down a bit, as it spins round the sun/ It's going awful fast, and I'm having too much fun."

Jane: "She had written the song, and played it at a 60th birthday party which Rufus threw for her in New York. When I heard it, I burst into tears, quietly and privately. Someone said, 'look at her, she's fine.' I said, 'You know, I don't think she's fine. And I think she knows she's not fine.' "

McGarrigle spent the last months of her life surrounded by friends and family who visited her at her flat in Montreal and, for Christmas, at the family home in Saint-Sauveur.

Anna: "Only once did she say to me one evening: 'How come nobody asks me how it feels like to be dying?' So, we talked about it, but I can't remember what we said. We cried, and hugged. What else could we do? What are you going to tell someone who knows that they're dying?"

McGarrigle spent the last part of 2009 in London, to be with Martha (who had prematurely given birth to a son) and to take part in the Christmas concert organized by long-time friend and producer Joe Boyd.

Joe Boyd: "During rehearsals, we set up a bed for her, next door, where she could sleep. We would wake her up, when it was her turn to sing or play the piano. She would get up and do that and go back to sleep. It was an extraordinary, heroic performance, and she was the star of the show."

Once back in Quebec, her family and friends gathered around the swiftly fading McGarrigle, who insisted life move on as normally as possible.

Rufus: "About a week before she passed, we were all in the living room. Somebody had made this nice little meal. And we were eating it, very quietly, just chitchatting about the day. She wasn't saying much, and then all of a sudden in the middle of the meal, her head came up and she just said, 'aren't we having a lovely evening.' And I think she really meant it. I think she was having a nice time."

McGarrigle's final hours were spent in a coma. On Jan. 18, 2010, she died, peacefully at home, surrounded by song.

Rufus: "We'd all started singing, but we weren't quite sure what was getting through or not. It might have been for our amusement that we were doing this."

Martha: "Everybody was there, playing songs, terrorizing her with music. [Laughs] It was a nice time. Hopefully it was for her too. I don't know."

Jane: "In a way, I kind of think she taught us all how to die. She died, not so much bravely, but with style. How you can die a graceful, elegant death. A teacher, right to the end."

Friday's concert will include performances of Kate's material, as well as Anna's Kitty Come Home, written after Kate's divorce from Wainwright in 1976, and Emmylou Harris's Darlin' Kate.

Anna: "I didn't want to do Kitty Come Home. Now it's taken on a whole different meaning, with Rufus and Martha insisting on Kate being buried in Saint -Sauveur. That's where she came back to in 1976, and now it had happened again. It did feel prophetic in a way."

Harris: " Darlin' Kate came from being invited to take part in Kate's last hours. It is a sacred event. It is hard to express what it was like, and how it affected me, to be with that family and to bear witness to the passing. Later, the song literally fell out. I did hold her hand and I did kiss her brow."

Martha: "The concerts are a way of fighting back almost, the reality of it and the shock of it. It's still really disturbing. It's a continuation, really, of trying to keep her alive, as much as we can."

Sing Me the Songs That Say I Love You screens at TIFF Bell Lightbox on June 13 at 9 p.m..

Love Over and Over: The Songs of Kate McGarrigle is performed at Toronto's Massey Hall on June 15 at 7:30 p.m. (luminato.com).

Loudon Wainwright III on death, decay and Dame Edna
May 2, 2012 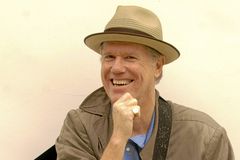 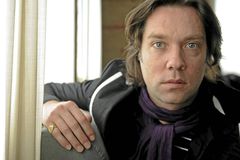