'It not the band I hate, it's their fans," Chris Murphy of the Canadian rock band Sloan once sang. It's an amusing lyric and one that gets to the heart of a central pop-culture dilemma: Is it possible for an otherwise artistically credible artist or group to be tainted by uncool fans?

Take David Cameron. For years now, the British Tory Prime Minister – a man who until recently believed that "lol" stands for "lots of love" and whose head, as the columnist Caitlin Moran hilariously observed, resembles "a slightly camp gammon robot, a C-3PO made of ham" – has maintained that he's a fan of the Smiths – a.k.a. the original Mancunian indie outfit beloved of outraged vegan undergrads everywhere.

Two years ago, Cameron chose the Smiths track This Charming Man, which opens with one of the most iconic Johnny Marr guitar riffs of all time, as one of his favourite songs on the BBC radio interview program Desert Island Discs. Since then Marr and, to a lesser extent, the band's former front man Morrissey have issued regular warnings to Cameron to stop liking their music. Marr, it goes without saying, is no fan of the Tories. His most recent warning, which came while Marr was promoting his first solo album, The Messenger (released Tuesday), on radio last month, was particularly testy. "I do forbid him to like it," he said of the PM's fondness for This Charming Man. "He shouldn't like us because we're not his kind of people."

But Cameron, who is said to have been a fan of the band since his boarding-school days at Eton College in the 1980s, has remained defiant in the face of Marr's fan fatwa. In the past, he has mentioned the Smiths during Question Time (poking fun at the Foreign Secretary William Hague with a reference to the song, William, It Was Really Nothing) and he stood firm when questioned on the matter during his recent trade mission in Delhi. "I'm afraid I will go on and listen to the Smiths," he told the BBC with a strained smile.

It's all just a bit of fun, as the Brits would say. But it's hardly the first time it's happened. Late last year here in Canada, Torquil Campbell, lead singer of the band Stars, lashed out at Andrew MacDougall, Stephen Harper's director of communications, for daring to like his band's new album. "Leave our record alone," he tweeted at MacDougall, whom he described as a thug employed by "a sociopath who is ruining the country." Similarly, then Oasis lead singer Noel Gallagher once famously griped that he was "tired of taking flak" after then prime minister Tony Blair declared he was a fan.

It's perfectly understandable that rock stars get annoyed when mainstream politicians declare their love. (The opposite is true of U.S. President Barack Obama, but that's just because most American pop stars voted for him, or would have if pop stars vote, which I strongly suspect they mostly don't.) What could be more annoying than watching a mainstream power broker in a suit drop the name of your best counter-cultural single in order to temper his conservative image?

Moreover, the blessing of the suit can affect the perception of the single. Much as we might delude ourselves to the contrary, pop cultural entities – whether we're talking about Warhol's soup can, Rihanna's body or the new Stars album – are, by their very nature, inextricably bound up with the following they inspire. The reasons we like or don't like them have as much to do with our hard-wiring as social animals as it does with their perceived quality or worth. We don't become fans in a vacuum, after all. We respond to certain things because they move us, but also because we aspire to be the sort of people who are moved by certain things. Culture, in other words, operates both as an objective force and as a reflection of our identity and taste. This is why, for instance, I was obsessed by Ryan Gosling after the dark, brooding indie flick Half Nelson, but a few years later when he ripped off his shirt in the romantic comedy Crazy Stupid Love, I felt nothing. It was no reflection on Gosling's talent or charisma (both of which were still objectively high), I was simply annoyed that the movie theatre was full of people with Sex and the City ring tones. That's the way fandom works: It's first in, first out. Authenticity is bound up with discovery, and once everyone knows about something, the secret bond between the early diehard fan and the cultural product is lost. (Let's just say I liked Gosling's early work.) Even worse for the artist is when a embarrassing fan is seen to be adopting them for the optics alone. Just think of former U.K. prime minister Gordon Brown, who declared he was a fan of the Arctic Monkeys, then famously failed to name a single song.

So can a band "unfan" a disreputable admirer the way one might "unfriend" someone on Facebook? Are artists allowed to ban people they don't admire from liking their work?

Sadly for Johnny Marr and Torquil Campbell, the answer is no. In the meantime, we all get to sit back and wait for the next politician to jump on the pop-music bandwagon. Because one thing is certain: Bigmouth will strike again. He always does.

Kimye vs. Kate and Will: Who will be the better celebrity parents?
February 22, 2013 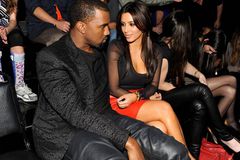 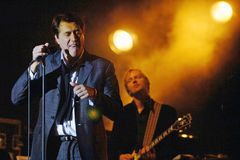 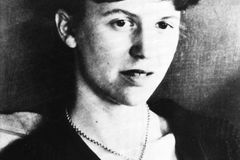