That album was for Lights a foray into sonic adventure, an experiment in production and texture. In other words, there were no clear-cut hits.

Lights, an industry veteran who signed her first deal at 15, felt she was evolving and growing as an artist. She was proud of the album, but that pride would be tested.

"If the label doesn't have a song … then it's not worth their time," she explained over coffee in her native Toronto recently.

"There wasn't one single song that a record label wanted to take hold of, so it was: 'This is your body of work. Good luck. Do it yourself.' And that's what we did."

Though no singles climbed as high in Canada as early-career highlights Saviour (No. 38) or Drive My Soul (18), Siberia became Lights's second straight gold-certified full-length here and reached the third spot on the chart.

And in the United States, where Lights and friends were apparently left to their own devices, the record at least sniffed greater chart altitude than its predecessor.

That performance earned her a new label south of the border, Warner.

So Lights had reason for optimism as she began work on just-released follow-up Little Machines – but also justifiable cause for career anxiety.

"It was like, all right, I've gotta create something that I love that Warner loves," she recalled. "That's more people that have to be happy here. So that was part of the consciousness going into it.

"And maybe part of the struggle, too, was making something that's good enough for them to put their power behind. Because once they get behind something, you've got a lot of traction, but if they don't, it's the opposite, right?"

When she finally finished touring Siberia and set out to write something else, however, she soon found herself blocked.

She felt uninspired, frustrated. She shifted away from music, spending her time painting and penning poetry.

"If you looked back, you'd probably think I was out of my mind – but that's how you get it out," she said, speaking always at Tommy-gun pace. "I always think you just have to get it out, even if it's crap, and then never see it again. It's all blockages. There's a buildup of material, like a calcium buildup."

Gingerly, she returned to songwriting, sharing her new work only with longtime manager (and CBC personality) Jian Ghomeshi. He would encourage, she explained, but never fawn.

"I would write a song every couple days, send it to him," she said. "He'd be like, 'Keep going. This part's cool, this part's cool, keep going.' Never being like, 'This is it.' That was the only feedback I was getting."

The 27-year-old, quite honestly, was digging for radio gold. Having wandered from strictly structured pop on Siberia, she wanted to refocus her energy on songwriting, embracing the anti-indulgent demands of hook-crafting.

Little Machines is precise to an almost ludicrous degree – five different tracks run between exactly 3:22 and 3:28. Only two songs unwind past the four-minute mark.

And after glacial opener Portal, Lights rips through a series of audaciously sticky-catchy electro new-wave anthems: Running With the Boys, Up We Go, Same Sea and Speeding.

"I did know that I had to write a record full of good songs," she explains. "It was what I needed to do for this record. I wanted every song to be enjoyable and not thrown in there for the sake of it.

"That was very, very conscious I think."

Both stylistically and lyrically, the songs are almost nostalgia-infused, a focus for Lights.

She was pregnant with her first daughter, Rocket, while she was in the studio, which had no tangible impact on her writing except that, on the verge of a major life shift, she felt like flickering back to a simpler time.

"But I didn't write anything about being a mother," she points out. "Writing something about motherhood, I think that would be pretty cheesy."

If anything's changed, she says, it's that she's more self-assured professionally.

"That's the big change that happened. You have this huge priority that is not music and it's not success and it's not fame or money, and that makes all those other things seem so much smaller."

Still, the Juno winner isn't shy about her commercial ambitions. She looks at a radio landscape that spans Charli XCX and Lorde and feels she fits in "now more than ever." After carefully crafting an album of radio pop, she would be disappointed not to find a place on pop radio.

When she was making Little Machines, she was saddled with a goal that felt impossible: pleasing everyone. To the best of her ability, she feels she's done it.

"In the end, the challenge was making them happy and still having it be something I was in love with," she said, noting that there were "a lot more people" involved in the recording process this time around.

"I remember in those tough times, struggling to find it, I was always like: 'This is ideally what could happen, everyone happy, but it's not going to happen. There's no way this is going to happen.'

"In the end, when it was all said and done, we finished the album in March and it was like: 'Damn. It happened.'" 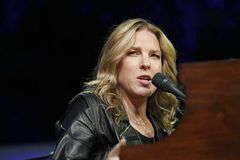 Ed Sheeran a centrepiece of this generation’s British Invasion
September 23, 2014 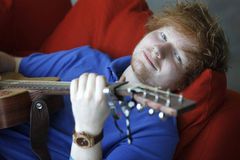 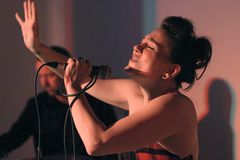 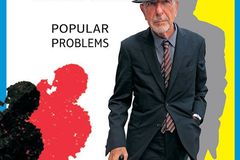 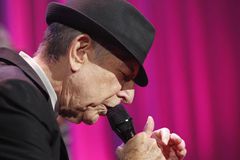 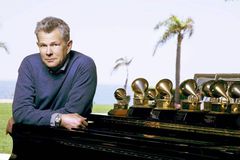