Louis Riel was hanged for treason in 1885, but his ghost has never left us. It stirs whenever Canadians scrap over issues of regional authority, language rights or cultural freedoms.

Riel midwived the founding of Manitoba, and remains a hero among aboriginal Canadians, westerners and anyone else who has chafed against federal power. But his two revolts against what he saw as Central Canadian hegemony over western lands and people were a nightmare for all concerned. They threw thorns in the path of a confederalizing government, set French Catholic Quebec against English Protestant Ontario, and left Riel's defeated Métis and native supporters to assume their long, tragic role as wards of the state. Riel symbolizes all the fault lines in the Canadian national adventure.

So there's some irony in the fact that when Canada was preparing for its centenary birthday party in 1967, one of the major artistic markers of the occasion was an ambitious new opera about Riel. The piece, with music by Harry Somers and libretto by Mavor Moore and Jacques Languirand, was a hit when the Canadian Opera Company first presented it at Toronto's O'Keefe Centre and at Expo '67 in Montreal, and during two subsequent revivals. In 1975, the COC took the opera to Ottawa and Washington, where one critic called it "one of the most imaginative and powerful scores to have been written in this century." Even allowing for a pinch of first-night overstatement, that comment seemed to forecast many more performances.

No such luck. Apart from a couple of university productions, Louis Riel has become the great Canadian opera that most Canadians have never had a chance to see or hear - though that could change, with the release on DVD of the CBC's full studio adaptation of 1969.

It's a timely release. Giller Prize-winner Joseph Boyden's recent book Louis Riel and Gabriel Dumonthas just gone into paperback, sales of comic artist Chester Brown's 2003 graphic biography of Riel have passed the 50,000 mark, and just last fall, talk of a pardon for Riel made a stir among politicians and in the media (Liberal leader Michael Ignatieff was in favour). The Riel DVD is also the 12th and final recording in A Window on Somers, a series of Centrediscs recordings intended to keep the works of this prolific composer (who died in 1999) in circulation.

The opera condenses 16 years in the life of Riel (played by baritone Bernard Turgeon, in the role of his career) into 18 powerful scenes, beginning with an 1869 confrontation in the Red River country and ending with Riel's trial and execution in Regina. Along the way, we see the political machinations stirred in Ottawa by Riel's actions, and dramatic confrontations between the hero and his family, followers and enemies.

It's both a personal story and a national epic, and the libretto is as taut and thrilling as a well-written play. It contains things actually said - including Sir John A. Macdonald's "He shall hang, though every dog in Quebec bark in his favour" - and words that resonate with events of a century later, such as Riel's assertion that "We are masters in our own house," a slogan for change during Quebec's Quiet Revolution.

The visionary Riel is quickly established as the antipode of the wily Macdonald (played by baritone Donald Rutherford), though our first PM has his big-picture moment when he sings of the historic necessity of a continental Canada, to an aphoristic accompaniment by brass choir. Macdonald tricks his go-between, the Archbishop Taché (bass Joseph Rouleau), but not before the well-meaning priest can participate in some strong confrontations with the PM and an almost unbearably intense scene with Riel, as a Canadian militia marches on his position at Batoche with a hangman's noose.

Somers's diverse score absorbs folk-like melodies and popular forms such as waltz and march into a muscular modernist idiom. Some of the music is quite sparse: Riel's soliloquy to God is almost unaccompanied. But there's also a dramatically anguished trio, sung by Riel, his sister (soprano Mary Morrison) and his mother (soprano Patricia Rideout) as a Métis detail prepares to execute the Orangeman Thomas Scott. A quintet from a later scene, when emissaries try to coax Riel back from the United States, is even more thickly written - Somers's response, perhaps, to the grand ensembles of Verdi.

The performances, conducted by Victor Feldbrill, are first-rate, and the studio direction by Franz Kraemer allows the camera to roam around as it never could in a theatre. Kraemer, a sharp-witted impresario and TV arts producer, also added some piquant quotations from then-prime minister Pierre Trudeau, about minority rights in general and Riel in particular.

"We're interested in the idea of a national co-production," says Larry Desrochers, general director of Manitoba Opera and chair of Opera.ca. Several Canadian companies, he says, have been mulling over a joint Riel revival in time for the 50th anniversary of the premiere. However, "none of the conversations have gone past the 'we should talk about this' stage.… We've got a two-year window, maybe a year and a half" to get an anniversary production rolling by 2017.

At the COC, general director Alexander Neef is less optimistic, saying: "Whoever I talk to about a piece like Riel, to my Canadian colleagues, nobody wants to do it with us" - though none of the company directors I contacted could remember him raising the subject. In any case, Neef says, "I would prefer to create something that we have developed here from scratch" - as if that weren't true of Riel. Rumour has it that Rufus Wainwright, whose solo performances and pop opera Prima Donna have drawn admiring comment in Neef's blog, may be on deck to make the first Canadian work to be heard in the COC's five-year-old Four Seasons Centre in Toronto; Neef says that "speculation as to future collaboration between the COC and Rufus Wainwright is premature."

Speculation about a major remount of Louis Riel, however, seems long overdue. We need to get on with recovering this monument of Canadian music drama in Canada's opera houses.

Correcting the record on Louis Riel and separatist coalitions
November 16, 2010 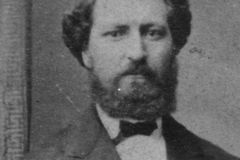 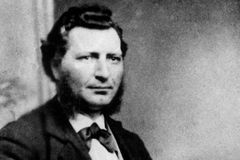 Louis Riel rises again
February 17, 2009
Follow Robert Everett-Green on Twitter @RobertEG_
Report an error Editorial code of conduct
Due to technical reasons, we have temporarily removed commenting from our articles. We hope to have this fixed soon. Thank you for your patience. If you are looking to give feedback on our new site, please send it along to feedback@globeandmail.com. If you want to write a letter to the editor, please forward to letters@globeandmail.com.
Comments