"I gave myself a year. There was no pressure – I would try it out and see where it goes." Toronto-based singer-songwriter and guitarist Chloe Charles is still very much on a path. Her debut 2010 EP, Little Green Bud, with its apt title and graceful, soulful single Soon on a Snowflake, suggested growth potential.

More recently she's released a full album, Break the Balance, a twinkling, off-kilter presentation of orchestral folk-pop, sometimes moody and sometimes whimsical. "Will she find her way?" she asks herself, on a song about surprises and the value of uncharted progress. It's a good question, one of a few we put to her as her career begins to take off.

More so than their male counterparts, female artists are subject to same-sex comparisons – the new Joni Mitchell, the next Joanna Newsom, a different Meshell Ndegeocello or another Basia Bulat. For her fluid, idiosyncratic vocal style and elegant quirkiness, Charles has been likened to those artists and others. Is it possible that women are compared to other women because music writers tend to be men?

"Maybe," Charles says, whispering, in a sweet effort to lessen any possible offence. "It's frustrating," she continues, chatting before a sound check at Toronto's Revival club recently, "but it's okay if the comparisons are coming from a good place." The new album's opening track is Business, a song about crises of identity, sung by an artist whose backstory includes a juicy family-tree tidbit regarding Cynthia Lennon, Charles's stepmother. "She's awesome, I love her, and she's supportive of my music," she says of John Lennon's first wife. "But that's about where it ends."

Who helps HER find her way?

My Child is a haunting, lightly psychedelic song finger-picked on a classical guitar and inspired by Charles's mother – an "existentialist," according to her daughter, although the singer describes her own outlook and philosophy as "bleak" in comparison. "Go my child, find your way," Charles croons high, dark and airily. "The world may be misleading, but you'll make it just the same." The melody had been in her head for two years; Milan violinist Davide Santi collaborated on the record's lone co-write.

"He coaxed this strong woman from me," Charles says. "It was written by both of us, and people notice the difference in style."

For whom does she sing?

Charles's lyrics are intimate and introspective – she's a typical singer-songwriter in that respect. But the self-taught guitarist is no simple strummer. The arrangements are imaginative, resulting in material that is accessible to casual listeners, and curious for the indie-music set. A recent review of the album suggested Charles "would benefit from either pulling back on some of the melodrama or going all the way by taking the angst into Fiona Apple territory."

"I don't mind people having an opinion, but I particularly dislike someone I don't know telling me what would make me a better musician. Maybe that music writer isn't the audience I'm trying to win over."

Drake gets a job at Shoppers Drug Mart, and other music worth a listen
February 11, 2013 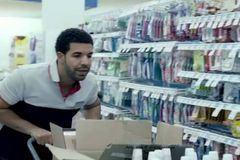 Gotye, Black Keys and Drake among winners at Grammys
February 11, 2013 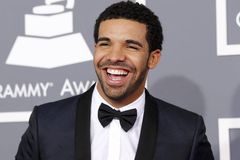 A dirty word, a diss and some great performances at the Grammys
February 10, 2013 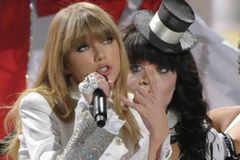