Arthur Fogel runs the world – or at least a large part of the music industry – but doesn't even have his own Wikipedia entry. The ultimate behind-the-scenes guy is probably quite happy with that: You don't get to be the much-trusted tour organizer for stars as big as Madonna, U2, David Bowie and Sting by blowing your own horn.

As the industry gathers in Toronto for Canadian Music Week, Fogel will find himself, unusually, in the spotlight. He will be interviewed on stage by veteran music journalist Larry Leblanc Friday and is the subject of a new documentary directed by Ron Chapman that will be screened at the co nference and festival that evening. Appropriately enough its title is Who the F**k is Arthur Fogel?

The technical answer is that Fogel is head of global touring for Live Nation, the giant international concert promoter based in Los Angeles that sells almost 50 million tickets to more than 20,000 events every year. The real answer is that he is a Canadian music promoter who has helped revolutionize the concert business by producing seamless international tours of gigantic rock spectacles in a digital era when live-music revenues are a chastened industry's lifeline.

"Arthur right now is the most important tour organizer in the world," Leblanc said. "His relationship with the artists he works with, Madonna, U2, David Bowie, Lady Gaga, Sting and the Police, they are very deep and very personal, and they go back a long way. Here is a guy who delivers."

However, as his iconic stars age and recessions spook consumers, the question will become how long Fogel and his business model will remain on top.

A boy from Ottawa, Fogel began his career on Toronto's lively club scene in the late 1970s when he put down the drum sticks and became night manager at Egerton's, the hot music venue at Church and Gerrard Streets that became known as The Edge. In those days, concert promoters were powerful local figures, booking a few dates in their own cities through artists' agents. Working his way up in the business, Fogel eventually joined Michael Cohl at Concert Productions International, just as that Toronto promoter was starting to realize the only way to expand his business was to become a North American promoter.

"In the late 1980s, we used to sit around in our own inept way [saying] how do we, this little concert promoter in Canada, grow our business," Fogel said in an interview. "If we could have all the shows with existing artists, instead of the model of getting a few shows with many [new] artists …"

Expanding across North America, Cohl and Fogel got their chance to prove they could do it when they snagged the 1989 Rolling Stones tour, beating out leading U.S. promoter Bill Graham, and breaking records with $300-million in revenue.

"We were either on our way, or it was going to be the disaster of disasters. Fortunately it worked and it was our launching pad into the world," Fogel said.

Fogel, rising through a series of mergers and sales that eventually folded what used to be the CPI business into Live Nation, became the details guy who worked with artists to produce the tours they wanted.

"He was a fantastic manager; he was organized and incredibly effective at executing a plan," says Cohl, who eventually left Live Nation acrimoniously and established his own New York-based business promoting concerts and stage shows.

To work with the biggest egos in the business, Fogel again changed the model: The old promoters were colourful characters, flamboyant figures like Graham, whereas Fogel's personal approach was much lower key.

"I had this sense of how to interact with artists. When to insert myself in their world and when to withdraw," he says.

The result is massive tours – U2's 360° tour; Madonna's top-grossing Sticky & Sweet and MDNA tours – with their huge sets, elaborate costumes and pyrotechnics that earn hundreds of millions in revenue. Fogel is a firm believer in spectacle: "If someone just wanted to listen to the music there are better ways – at home on a good sound system – to do that. With Madonna, it's one kind of spectacle; with U2 it's spectacle, but also an amazing ability to create a sense of community in a large venue, but they are all show people."

Today, Cohl and Fogel both look prescient, because as downloading depressed music-industry revenues, live concerts, the merchandising surrounding them and the multipronged artist contracts that covered all those angles, became much more important.

"I would love to pretend I am Nostradamus, but at the time it was the opposite," Fogel said. "When I started with CPI, it was all about the record; touring was about driving record sales. Fast forward to today and it is the opposite … That passion for the live experience, I always believed [touring] would be a strong, vital part of the business [but] I never imagined the food chain would re-engineer itself so dramatically. It has and there is no way it is turning itself back."

Cohl, who will also be speaking at CMW, adds: "Did we back the right horse? Well, we backed a good horse." He points out, however, that the flourishing of the concert business was only possible because of the great growth in consumption of music, via recordings, that preceded it.

Still, many in the industry, noting both a bad summer for ticket sales in 2011 and the advanced age of the headliners, wonder how long this new model can dominate.

"People ask what happens when this whole group of iconic, legendary artist decides not to tour or can't tour," says Fogel, but adds, "It's all in cycles and I absolutely believe there is a wave of great young talent that will fill stadiums." He points to such stars as Rihanna, Pink and Mumford & Sons, as well as the younger generation of country singers as the future. And when they are ready to fill stadiums from Toronto to Tokyo, Fogel is waiting for them. "I think what I do is taking something big and making it bigger," he says. 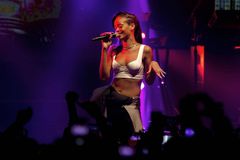 Sandra Bernhard confesses: ‘I’ve tapped into my craziness’
May 11, 2018 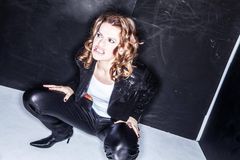 How to be a force in the Canadian music scene: The story of little Six Shooter Records
May 11, 2018 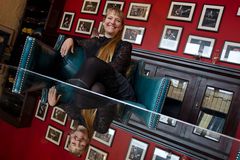