One of the biggest international pop hits of 2013 was written and recorded by a guy named Michael Rosenberg, a name with which you're probably not familiar. Rosenberg, you see, conducts his business under the pseudonym Passenger, and his emotive single Let Her Go spent 43 weeks on the Billboard 200 chart and tallied some four million downloads in the United States, according to Nielsen SoundScan. And yet, the name which Rosenberg parent's proudly gave their son is not in lights, nor is it on the tips of anybody's tongues.

So why would a recording artist hide behind an alias? Many reasons, really. Some go the a.k.a. route as a statement that they've removed themselves from their art. "The idea's the idea," FKA Twigs, the English R&B phenom whose driver's licence reads Tahliah Barnett, explained to Billboard magazine. "It's about what you do, and not who you are."

(Somewhere Bob Dylan, the semi-fictional character created by little Bobby Zimmerman, nods in agreement. There is a history of names – they are a-changin'.)

Rosenberg has said that he likes the idea of setting himself apart. "I feel like there's so many male names in music that people need to remember, you know," he told ABC News Radio recently. "John Mayer and Ed Sheeran and James Blunt – it's so many."

On the other hand, setting himself apart has never been a problem for Afie Jurvanen, the stylish Canadian guitarist and cool-breeze songster. He distinguished himself as a sideman in the band of Leslie Feist – "Feist" professionally – but when it came to making a stage name for himself as a solo artist in 2009, he went with "Bahamas."

"It conjures up imagery for people," says Jurvanen, relaxing the on back porch of his home in Toronto, chatting up his sublime, charismatic new album Bahamas is Afie. "It makes you hear the music through a different filter."

The evocation of Bahamas as a Caribbean nation of stellar climate and chilled vibes matches the mood of Bahamas the musician, a gifted and nimble artist who favours tropical melodies and sun-set rhythms. His first two albums (2009's Pink Strat and 2012's Barchords) were critical successes, and Jurvanen is signed to Brushfire Records, the American boutique label run by Jack Johnson, the surfboard troubadour who publicly championed his Canadian signee.

For Jurvanen, the name Bahamas simplified things. "When you say Afie, it requires explanation," says the singer-songwriter. "How do you spell that? What nationality is that? I've had those types of questions posed to me my whole life," continues Jurvanen, who comes from Finnish stock. "Having something that was easy to say and easy to understand was more desirable than focusing on my name."

The thing is, while the stage name simplified things for Jurvanen, there are instances where pseudonyms can cause confusion – sometimes intentionally. Take the dour Canadian folk-blues siren who works under the moniker Cold Specks. She also created the sobriquet Al Spx, and journalists regularly ask her about her real name and background, and are just as regularly rebuffed by an artist who wants to hold on to a level of anonymity and who doesn't want her music to define her.

"I want to remove any sort of personal attachment to the songs," Spx said on CBC Radio One's Q. "I'm just a musician. I sing songs. You don't need to know everything about me."

So, a little mystery, when it comes to an artist's personal life. But what about their professional life? Their name is part of their brand, after all. Surprisingly, when it comes to a musician's deciding to use a stage name or not, there doesn't seem to be any considerations from the record labels when it comes to marketing the artist. "They might ask our opinion, but ultimately it is up to the artist to decide by what name they would like to be known," says Steve Waxman, director of national publicity for Warner Music Canada.

As for any possible awkwardness – Is Bahamas a person? A band? An island country and independent Commonwealth realm? – Waxman dismisses the notion. "There is no confusion. Whether it's Kiss, Passenger or Neil Young, our job is to have people associate the music with the artist who makes it."

One wonders, though, in the age of Google, whether Jurvanen wishes he'd picked a more unique name. Punch "Bahamas" in your search engine, and the results will relate to tourism and a Caribbean nation, not a musician. "No, I wouldn't change it," says Jurvanen. "I've grown in ways to suit that title."

That being said, the album title Bahamas is Afie suggests that Jurvanen wishes to step out in front of his moniker. And, indeed, although all of his records are technically solo efforts, this one seems to be more so. Unlike with the first two albums, Jurvanen didn't use a band this time. The songs have a folkier lilt and strum, written on a newly purchased acoustic guitar. The track Half Mine would fit on Clapton's 461 Ocean Boulevard, and the southern-fried, smoothed-grooved Nothing To Me Now is perhaps his most memorable tune yet.

All in all, it Bahamas is Afie sounds like a statement in more ways than one, from an artist coming into his own. "At one time, I might not have wanted to talk about my name as much," says Jurvanen. "This is a way to acknowledge my name and acknowledge my music in a very public way. 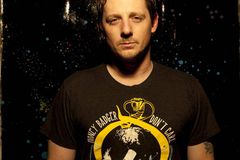 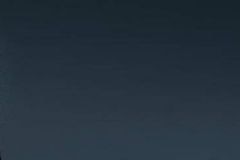 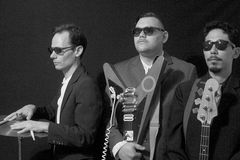 Benjamin Booker delivers a Big Easy attitude in his debut album
May 12, 2018 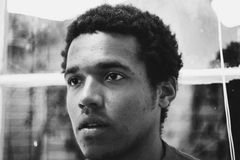 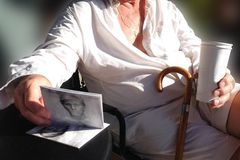