It's been a rewarding summer for students and faculty at the Royal Conservatory of Music's Phil and Eli Taylor Performance Academy for Young Artists.

And then, to top it off, in August, the Taylor's Annie Zhou, one of Canada's most talented young artists, took home the top prize in the junior category of the International Frederick Chopin Competition for Young Pianists, held in Foshan, China – the first Canadian to win this honour. Previous recipients include Daniil Trifonov and Yuja Wang.

Zhou, now 16, has been a student at the Conservatory since she was 4, and joins a distinguished list of Taylor academy alumni (formerly the Conservatory's Young Artists Performance Academy) that includes Martin Beaver, Roman Borys, Robert Gleadow, Stewart Goodyear and Jan Lisiecki. Zhou is merely the latest Taylor alum to create an international reputation for herself. Quite a success story.

Barry Shiffman, director of the Taylor Academy, notes that, although the academy is designed mainly for Canadians aged 9 to 18, the Conservatory is beginning to get applications from families willing to relocate to avail themselves of the academy's superb educational offerings. And, as anyone knows who has been following the so-called "moribund" classical music scene over the past few years, the calibre of playing, across the board, internationally, has never been higher in the world of classical music. "We've got kids 10, 11, 12, who are playing at the graduate-school level," Shiffman says. "Working at the academy is the high point of my week, because I come face to face with the limitless potential of brilliant young musical minds. You set the bar at a certain level, and they leap over it. Set it higher, and they leap over it again. It's enormously inspiring."

Traditionally, as anyone who's been near one of the prodigies can attest, the level of competitiveness within a traditional music conservatory approaches that of a mixed martial arts octagon. Ruthlessness is the order of the day. But the Taylor Academy goes out of its way to counteract that essentially poisonous and destructive atmosphere. "It's very important for us to create a community for these young people," Shiffman says. "We help them inspire each other, work with each other, to create a collaborative atmosphere."

On a typical Taylor Academy weekend, which begins Friday evening when the young people are finished their normal school day, the students will perform chamber music for an hour and a half, attend a master class that might be given by a faculty member or a visiting guest artist, and spend the best part of Saturday in traditional ear training, sight singing, music history and harmony instruction. Although the curriculum is not that different from other schools of music, it is the dedication and excellence of the academy's faculty that is earning it its reputation.

And, the ultimate underpinning of the entire enterprise: "People want this music," Shiffman says. "There is an undeniable hunger for classical music in the world – there are more and more opportunities for players to perform this repertoire, and increasing excellence in its execution." The Taylor Academy at the Conservatory just happens to be one of most successful places in the country, if not the world, for that excellence to be trained. 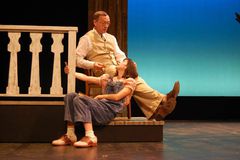 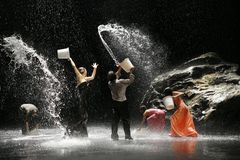 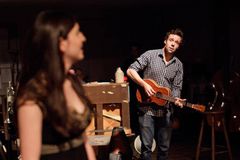 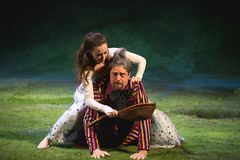 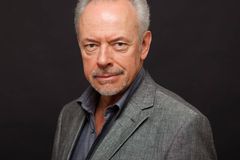