The title of Bruce Cockburn's memoir, now out in paperback, is Rumours of Glory. Upon reading the book, it occurred to the Cockburn enthusiast and fellow Juno-winning musician Hawksley Workman that there was too much rumour and not enough glory affixed to the standing of Cockburn. The two artists spoke to each other recently by phone, about credit due, MTV and roads worth taking.

Hawksley Workman: The passing of David Bowie got me to thinking about artists who seem supremely aware of what they're creating for themselves and their own self-mythologizing. My sense, Bruce, is that you weren't ever really aware of the legacy you were creating. Is that fair to say?

Bruce Cockburn: It strikes me that legacy is a very ephemeral thing. I've had that word thrown at me, but I don't know. I think it's out of my hands.

Workman: But people like Leonard Cohen, Joni Mitchell and Neil Young, they nurtured or fostered an image of themselves that accompanied their art. I have trouble that you're not included in the group of names we seem to culturally deify, and that it's because their kind of self-mythologizing wasn't part of your landscape. Do you feel that?

Cockburn: For me, it's always been about the music and words. But under the surface, I recognize I have an ego like everybody else. I want to be noticed. In the beginning, I was defensive about that. I didn't want to think in those terms, and I went to great lengths to avoid acquiring an image of any sort. But then I found that I had acquired an image of somebody who was trying not to have an image. So, I couldn't beat that one. Once you put yourself in front of the public, an image is thrust upon you – by people's response, by the media, by some sort of natural reaction to having somebody who is up on stage seem larger than life.

Workman: I hear all that. But your compulsion to do or to go or to be seems to eclipse that of somebody who might stroke their chin and think about what move might make them cool.

Cockburn: I'd be a liar if I denied being aware of how things might look to other people. But, again, it's out of our own control. You can make choices, and people might see you as being cool or as a jerk. I got called names for supporting the Sandinistas. You can't take that out of the picture, but, for me, it's always been about curiosity more than anything else. I don't see anything as a compulsion.

Workman: After reading your memoir, the thought that came to my mind was that I'm not working hard enough.

Cockburn: I've been curious and I've had opportunities that I've taken advantage of. In some cases I went around looking for the opportunity, like the first trip to Central America. I tried to make that happen, and had given up on it, before it actually did happen. Once I did that, I got invitations to all sorts of interesting places. And it seemed morally appropriate as well. I don't feel I've ever been a crusader of any sort. But I feel it's good to do what you can do.

Workman: You were putting political videos and songs on MTV. You were doing things that were as punk rock or as rebellious as you could at the time. Did you understand just how unreal it was?

Cockburn: Oh, I don't know. Most of the credit I receive for anything I've done has had a lot to do with [long-time manager] Bernie Finkelstein. He's the one who knows how to get out there and get people's attention.

Workman: I just don't feel it's been recognized or celebrated that you were breaking all kinds of rules.

Cockburn: I suppose people could say there was a certain amount of strategizing that I didn't do. But I don't feel like I've given anything up. People would say, especially in the U.S., "Do you think this political involvement stuff is going to hurt your career?" For one thing, I don't think of what I do as a career. It's just what I do. And for another thing, it doesn't appear to have hurt it, because the most quote-popular-unquote song of all, which was If I Had a Rocket Launcher, was almost the biggest hit. Mind you, I was totally shocked it got on the radio.

Workman: Do you feel that you've received all the credit you deserved?

Cockburn: I've done what I've done. I didn't go to Central America looking for song material or anything else. I went there to see what the Nicaraguan revolution looked like up close. When I got there I found myself very deeply moved by the things I was encountering. That experience changed the direction of the next couple of decades for me. Invitations came up – invitations for adventure, to Nepal, for instance. And who's going to say no?

Bruce Cockburn is touring Southern Ontario through Feb. 27 (brucecockburn.com/tour). Hawksley Workman, with the Art of Time Ensemble, plays the songs of Bruce Cockburn at Toronto's Harbourfront Centre Theatre May 13 and 14 (harbourfrontcentre.com). 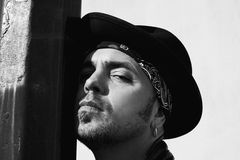 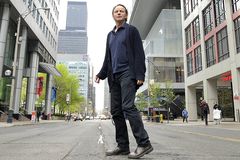