There's post traumatic stress syndrome, and then there's post-punk traumatic stress syndrome, which is all over The Last Pogo Jumps Again, Toronto filmmakers Colin Brunton's and Kire Paputts' exhaustive and woefully overdue account of the Toronto alternative music scene in the late-1970s. A follow-up of sorts to Brunton's near-legendary 1978 doc The Last Pogo, which captured the wild goings-on at the Horseshoe Tavern the very last night it was a punk-positive venue, Jumps Again stage-dives into a scene that was intense, fleeting, vibrant, crazy and more than a little bruising. You can still feel the pain felt by many of the on-site participants interviewed by Brunton and Paputts.

So if what happened in Toronto in '77 and '78 was so crucial and galvanizing, how come it took so long for it to cinematically told?

That's a question that animates the three-hour-plus documentary, courses through it, and even provides structure. Despite clear evidence that the alternative music scene in Toronto rivalled what was going on contemporaneously in London and New York, cities whose pre-punk, punk and post-punk scenes are now matters of bedrock musical history, it has remained almost entirely unappreciated. You'd think it never even happened, unless of course you were there.

As a then-young music fan, rep-house usher and beer slinger, Brunton – now an established feature and TV producer/production manager – was definitely there. And his original Last Pogo could only have been made by a fearless kid with 16-mm camera who was in the thick of it.

So he goes back and tracks down just about every surviving participant he can find: Nazi Dog (Steve Leckie) and other ex-members of the Viletones, John Hamilton and cohorts from the Diodes, Gord Lewis and the late Frankie Venom of Teenage Head, members of The Secrets, The Ugly, Johnny and the G-Rays, The Curse, Forgotten Rebels, The Mods, The Demics, The Scenics – even the list itself echoes with variety and intensity.

But why so distantly and dimly? Consider the context. It happens when Toronto is on the cusp of becoming something new – not the proudly isolated, WASPy Brit colonial outpost of before, but a self-consciously striving metropolitan city erecting CN Towers, starting film festivals and taking TV cameras to its streets. At the nascent punk scene's home base on Queen West between University and Spadina, a bar culture emerges where bands that would be booked nowhere else find a kind of low-rent haven, and into these dingy places converge art students, new urban bohos, outsiders, fashion extremists and teenaged suburban refugees.

They form a new social configuration for the city, and the music they seek – and play – is also new. It's like the underground stuff from London and New York, a kind of stripped-down, amped-up, underproduced big bang of a sound, a kind of music that not only dared you to love it but dared you to play it. The new local bands, with their circumscribed but accommodating menu of venues and their circumscribed but avid followers, began playing on those nights when touring acts from the distant cities weren't. And pretty soon, something intensely exciting was going on every night.

And yet, for all this intensity, the fuse was attached to a timer, and the explosion concluded in a fizzle. By 1979 or so, most of the key clubs had closed, many of the bands had dissolved, and there was no sadder sight on Queen West than an old punk handbill flapping forlornly from a single rusty staple.

The Toronto punk scene had been galvanizing – it generated a gallery explosion, surge in video art, an independent retail boom, and hastened the transformation of the west end from an industrial wasteland to a thriving cultural and residential hub. But in musical terms it was pretty much left dangling by a staple. Unlike in New York and London, the Toronto scene had almost no recording or radio support behind it. You had to actually get to the clubs to experience the music or even to buy those rare singles some bands had the cash and foresight to record. As well, the mainstream media coverage of the scene – as Brunton and Paputts so wincingly remind us – was almost uniformly condescending, clueless or outright hostile.

Then there was the self-destructive, laceratingly competitive nature of the scene itself, which pitted band against band in a kind of merciless contest of punk purity, considered them mere sideshows to the main acts coming in from other cities, and generated a frenzy – both among bands and circling industry types – to sign recording contracts at any cost, even if the process itself was the punk scene's trojan horse with a briefcase. Some bands – the Diodes most conspicuously – did get signed with major labels, and some bands – Teenage Head most notoriously – got signed, only to be poorly recorded. But many others thrashed themselves into oblivion without ever recording a note in the effort.

Official Toronto didn't want that punk scene, wasn't ready for it, and allowed it to slip between the re-paved sidewalk slabs of local history. The city was taking on a new persona, and punk was a blot on the new civic suit. But it never really washed clean. Not if you were there, not if you heard the noise, not if you were proud to be part of the stain.

The Last Pogo Jumps Again premieres as part of Canadian Music Week at the TIFF Bell Lightbox on March 23. 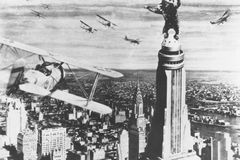 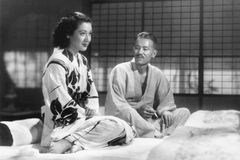 Do we really need to know how lonely and unhappy James Bond is?
February 15, 2013 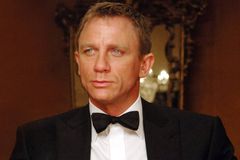