In the music library at the Toronto Symphony Orchestra, Yu Qun is carefully marking up the overture to a Mozart opera with her pencil, making a series of chicken scratches above the staff. She is copying instructions from the orchestra's concertmaster that indicate the correct bowing for the piece on to each violinist's part. It's slow, painstaking work and Yu takes great satisfaction in placing her initials on the cover sheet of each part before she moves on to the next one.

Yu, better known to her Canadian hosts by her adopted English name, Margot, is a 22-year-old student in the arts-administration program at the Shanghai Conservatory of Music in China. She is getting a grunt's-eye view of a symphony's operations thanks to a pilot program that has brought eight Chinese interns to four Canadian arts organizations. She and classmate Liang (Dora) Yazhen are at the Toronto Symphony, shadowing both artistic and administrative staff for two months, while others have been assigned to the National Arts Centre in Ottawa, the Banff Centre in Alberta and the Stratford Festival in Stratford, Ont.

"Before I came to the TSO I hadn't made a decision," about a career, Yu said.

Now, she thinks she wants to work in an orchestra's marketing department once she has completed her degree next summer. As well as discovering the marketing department and the library, she's also sat in on TSO executive meetings, attended numerous concerts and even listened to musicians' auditions.

Yu is in Canada today because the National Arts Centre Orchestra toured to China in 2013, and hired veteran arts administrator Mary Hofstetter to plan some education programming surrounding that tour.

"As I was chatting with people in China, it became obvious there was a huge enrolment in arts administration programs. China is building so many concert halls and arts venues and they need to train a substantial number of people to run those institutions," Hofstetter explained. "I was frequently asked, 'Would there be opportunities for our top students to come to Canada?'"

The NAC, inspired by a philosophy of cultural exchange that argues tours should leave a legacy after the artists have gone home, quickly agreed to Hofstetter's suggestion that they bring interns to Canada.

"This kind of grew out of the tour, continuing the goal of building cultural diplomacy," Hofstetter said.

Working with various Chinese educational institutions, including the Shanghai Conservatory, she then set up the terms of the internships – "[It's] experiential learning in a cultural residency; it's not a work term," she said – and returned to China to interview possible candidates, checking whether they knew enough English to benefit from the opportunity.

For the TSO interns, the attraction is getting some foreign experience, and they are happy to compare notes on Canadian and Chinese concert-hall etiquette and marketing. Noting that Canadian audiences tend to be older, they watched with interest as the TSO welcomed high school students to a recent matinee. In China, young people fill the concert halls for weekend performances; it's the retirees with their more relaxed schedules that Chinese orchestras are trying to cultivate.

Yu was also surprised to find that everybody in the marketing department read newspapers: "Traditional media is still very strong here," she said. "For us, social media is more important."

Meanwhile, Liang got a lesson in union regulations when she tried to help production staff by moving some chairs off stage and was told to leave them "to the guys." When she later praised such chivalry to female colleagues, they laughed and explained that manners had nothing to do with it: Only stage hands were allowed to move equipment.

Yu is going home with a suggestion for Chinese orchestras: Why not warm up on stage where the audience can see the musicians, rather than backstage in a rehearsal studio? She figures the more casual North American style helps audiences relax.

The interns came to Canada at their own expense, although the host organizations did provide accommodation. For Yu and Liang that meant a crash course in Ontario life from Toronto empty-nesters Robert and Menna Weese. The couple are long-time TSO supporters who took the students into their home, toured them to Niagara Falls, Markham's Chinatown and their own cottage and introduced them to pumpkin carving, The Republic of Doyle and municipal elections.

"I wanted to show them what the inside of a polling booth looked like," Robert Weese said, while Menna added: "To have them has been an immense joy … We just have had a ball."

Yu and Liang mention the pumpkins and Niagara Falls as highlights of their home stay, but best of all, they say, was that in the evenings Robert, a former member of the TSO board, could answer all their questions about what they had witnessed during the day. 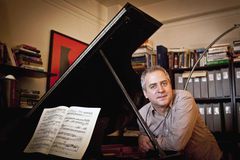 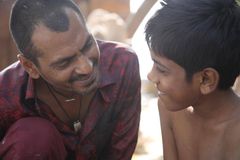 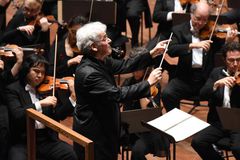