Starting Wednesday night, at Toronto's Koerner Hall, vocal and instrumental students at the Royal Conservatory's Glenn Gould School will be presenting Handel's Alcina. Normally, this kind of production might not receive too much public attention, but this one is different. Leading the orchestra, in his first staged opera, will be Ivars Taurins, director of the city's famed Tafelmusik Chamber Choir. And stage directing will be Leon Major, who has lost count of how many operas he's directed. He did his first when he was 28, and he's now a vigorous 83.

Major, the Toronto-born director of the original 1967 production of Harry Somers's Louis Riel, among many others, hasn't led a production in Toronto for 27 years. The Globe caught up with the two of them – the opera newbie and the opera veteran – this week.

Leon, you've directed so many operas. Have you ever done Alcina before?

Major: Never, and that's why I'm doing it. One, I love the piece. If it were a Broadway show, every aria would be a hit. Two, it's very difficult. Dramatically, its not the best libretto in the world, it's a complex story, so to try and make that clear to a public becomes a challenge. And I like the kids.

What was the biggest surprise each of you had in working with one another?

Taurins: I found, working with Leon, that on so many of the points we discussed, general and specific, we were simpatico. Leon respects Handel's music. I coached the singers, then Leon came in and was working with them in terms of drama – just speaking the roles – and then when we started putting the notes back in, Leon would say – no I'm sorry, there's a rest here, there's a break – this is what Handel has written. That was not just a huge relief but also a great joy. I am learning oodles of stuff as well, in terms of pacing, in terms of drama.

Major: Maybe my biggest surprise was to encounter Ivars's sense of humour – a big surprise and a good one. When I was told he was conducting, I went immediately to the Web to check him out. And found that he was a baroque specialist. And I thought – that'll be interesting, because there are very few baroque specialists and I could learn something.

What have you learned?

Major: A lot about baroque style and interpretation – and that's a good thing, because I'm quite old now and it's really nice to learn.

Actually, it's ridiculous how old you are and how young you are at the same time. You're 83!

Major: Well, I do have a lot of energy.

Major: More than most of the cast put together.

What about the students themselves. Anything impress you, surprise you about them?

Major: When you get young students who are professional and willing, it's very exciting. And the students at this level are open. The world of opera is a conservative world. It's like a battleship – very hard to move it forward. Because coaches have been trained by coaches who have been trained by coaches – so students sometimes are told when they study a work, this is the way it's done. We keep saying to them: There are other ways – ask why do we do it this way, keep demanding answers.

Taurins: From the musical point of view, the students get an immersion into this whole fantastic world of baroque music, about which they know, not just the tip of the iceberg, but an ice cube off the iceberg. They'll do the standard rep, and if they're going to do an oratorio, they're going to do Messiah, or maybe something from Samson. When they hear other baroque repertoire, it's like eyes wide open.

What's been the most gratifying moment for you?

Major: I couldn't name one. No great hallelujah moment. On the other hand, when a singer comes to an aria, and thinks about it, and is still, and delivers it, that's a very satisfying moment. For me, there's great pleasure in the experimenting we're doing in this production. It may be hated by some, loved by others. I just hope nobody's indifferent to it. 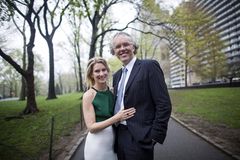 Strong writing captivates audience in modern take on The Devil Inside
March 11, 2016 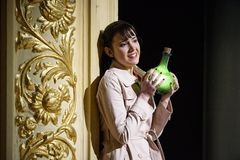 For Tapestry Opera, The Devil Inside is all in Michael Mori’s expansion details
March 9, 2016 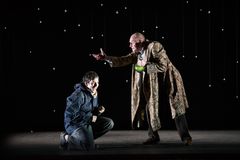