Owen Pallett, the classical composer and indie-pop violinist, is speaking about the process of bringing his Violin Concerto to the stage. The 15-minute piece for strings, co-commissioned by the Toronto Symphony and London's Barbican, received its unveiling at the latter venue one year ago and will be premiered to a North American audience at Roy Thomson Hall on Thursday. After sitting in on the initial rehearsal this week with the TSO and the Finnish soloist Pekka Kuusisto, Pallett talked about the collaboration process, one that involves himself, the conductor, the soloist and just about anyone else with an interest.

But speaking with Pallett, I get the sense the composer/arranger/player often gets his way. He's clearly confident (over the course of the interview he compares himself to Bartok, talks of brushing off his mentor's advice, and in complimenting his soloist, actually compliments himself), and is cordial, but cool. Sometimes that coolness comes off as arrogance, but maybe Pallett has earned it – at 33 years of age, he's proven he can hold his own alongside both indie-rock and classical aristocracy, a high-functioning prodigy who's as comfortable arranging strings for Arcade Fire and Grizzly Bear as he is creating orchestral works for world-class symphonies.

Pallett is self-congratulatory when talking about his new band, formed to broaden the sound and possibilities of his solo work: "Frankly, I think we're great." (Pallett, who under the moniker Final Fantasy won the 2006 Polaris Music Prize for his chamber-pop album He Poos Clouds, has often performed solo, applying electronic looping effects with his violin and keyboard playing.) When Gary Kulesha, the TSO's composer advisor and a former teacher of Pallett's at the University of Toronto, expressed his concern privately that the orchestra was overpowering the soloist in rehearsals for Violin Concerto, Pallett valued the input, he just didn't agree. "He's a great composer," Pallett says of Kulesha. "I take his opinion very seriously."

He does relent when he feels it's necessary. When the orchestra broke down in the first movement of the first run-through of Violin Concerto, Pallett stood up from his seat, where he was working on his laptop, and wanted to make a correction. The conductor, Carolyn Kuan, preferred instead to continue to the second movement, to expose the whole score to the players. Her notion held sway.

Perhaps his coolness is also a function of him having a lot on his mind. The concerto is part of the TSO's week-long New Creations Festival, and there's a race with the clock to get the piece together. He also has a forthcoming new album, In Conflict – "brash and depressing" is how he describes an LP set for release later in the year.

Pallett mentions his split with with his guitarist. "He's my favourite musician in the city," he says of Thomas Gill, "but he's too brilliant to be my sideman."

An example of his humility (and high standards) concerns the folk icon Buffy Sainte-Marie. "I'd love to work with her, but it's just too tall of an order," he says, when asked about a dream collaboration of his. "I can't actually write a song that's good enough to give her."

As for Pallett's collaboration with virtuoso Kuusisto, a TSO video on YouTube is a good place for insight. Granted, it's an egghead fandango, but the disagreement between Pallett and Kuusisto over the latter's liberal interpretive style is lively stuff.

Pallett wrote his concerto with Kuusisto specifically in mind. The young Finn is known for his prowess with Bach sonatas and a taste for rapid, Vivaldian string-crossing. Pallett describes it as an "almost Baroque" concerto, rooted in 17th-century performance language. "Not many contemporary composers, other than Bartok, have investigated that form."

After the concerto was premiered by Kuusisto and the Britten Sinfonia last year, Pallett sent the violinist a few postperformance notes by e-mail. "He gave me some interpretational advice," says Kuusisto, relaxing in his dressing room after rehearsal. According to the soloist himself, his playing was "too much of a wank," and that Pallett wanted a more gradual, restrained, style.  "And he was right," says Kuusisto. "You want the goal to be a little further away from the next good note."

For his part, Pallett endorses his fellow violinist's adjustments. "I was just blown away with his musicality," the composer says of Kuusisto, after watching the rehearsal. Of course, Kuusisto was following the composer's suggestions. And when it comes to those, Pallett is nothing but agreeable.

The TSO's week-long New Creations Festival continues in Toronto through March 9, with concert programs on March 7 and 9. In addition to the North American premiere of Owen Pallett's Violin Concerto, Thursday's schedule includes the Canadian premiere of Tod Machover's Sparkler: For Orchestra and Electronics, a sprawling work which bridges the worlds of classical and popular music

Also on tap is Kryštof Mařatka's Vábení, the third part of a trilogy drawing its inspiration from prehistoric art. The evening includes a lobby chat during intermission and a post-show DJ set by Pallett.

Saturday's three-part program is highlighted by the world premiere of Machover's A Toronto Symphony: Concerto for Composer and City, a 25-minute musical portrait of the city.

Editor's note: Pekka Kuusisto, a violin soloist, said his playing was "too much of a wank." Due to an editing error, that phrase was incorrectly attributed to Mr. Pallett in the original version of this article. 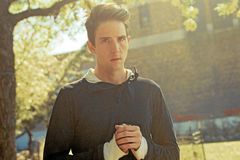 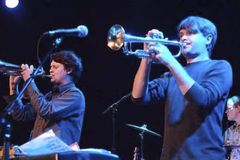 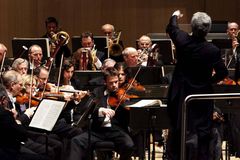 What you can expect from the Toronto Symphony Orchestra this season
January 29, 2013 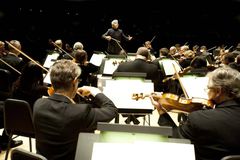