Conductor Pinchas Zukerman has announced he is stepping down from his position as music director of the National Arts Centre Orchestra in 2015, ending what by then will be a 16-year run in the job.

Zukerman, who is known for expanding the Ottawa orchestra's educational programs and the number of its full-time musicians, is currently in his fourth contract as conductor, a long run for a conductor with any orchestra.

"Sixteen years [will be]a lot longer than is typical. And it's reflective of the fact that he's had an incredibly warm relationship with the audience, the orchestra and the administration – and an incredible record of accomplishment here," said Christopher Deacon, the orchestra's managing director.

"So it's obviously with mixed emotion [to announce this] because we've got three more years with him and we get to plan some pretty exciting programming for the culmination of his tenure," he added.

Zukerman, who is equally known internationally as a concert violinist, wasn't immediately available for comment, as he was travelling to Chicago Monday to perform with the Chicago Symphony Orchestra. Zukerman is also principal guest conductor of the Royal Philharmonic Orchestra in London, a position he has held since 2009.

And he has numerous other engagements this season, including work with the New York Philharmonic. "So he's peripatetic – he's got this world career on the go," Deacon said, adding that despite Zukerman's exhausting travel schedule, "as a music director, he's been incredibly engaged."

Probably most noticeable to audiences in Ottawa has been Zukerman's expansion of the orchestra's scope from standard Mozart and Haydn fare to to include Dvorak, Brahms and Tchaikovsky. When Zukerman began as music director in 1999, he added 12 full-time musicians to the brass, percussion and other sections. These players had been from the ranks of freelance musicians who had previously been brought in to play when needed.

Making them full-time created a change in identity for the orchestra, Deacon said. Instead of having trombone players performing from time to time, they became permanent fixtures, enabling guest conductors to choose pieces with a wider scope for a fuller orchestra. Meanwhile, Zukerman brought in star talent such as concertmaster Yosuke Kawasaki and international guests such as conductor Zubin Mehta and conductor and violinist Gustavo Dudamel, who made his Canadian debut with the orchestra.

Deacon noted that the National Arts Centre also expanded its educational side with its annual Summer Music Institute, a training program for musicians, composers and conductors from across Canada and internationally.

Born in Tel Aviv in 1948, Zukerman's career trajectory reads almost like legend, having been first introduced by his father to the recorder and clarinet, and then the violin, before attracting the attention of Isaac Stern, who helped bring him to New York in the early 1960s. Zukerman has since recorded more than 100 titles and has won two Grammy Awards.

The search for Zukerman's replacement hasn't begun yet. Usually this is a very slow process which takes a year or more, yet Deacon said he wanted to emphasize to the NAC's audience goers that Zukerman still has another three years with the orchestra. "I'm trying to remind them to renew their subscriptions," Deacon said.

At the NAC, feel-good Beethoven and a composer's lyrical ode to Canada
June 10, 2011 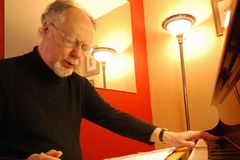 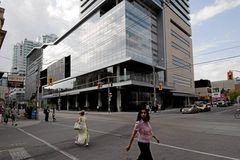 NAC's Zukerman says he's caught the opera bug
September 17, 2009
Follow Guy Dixon on Twitter @Guy_Dixon
Report an error Editorial code of conduct
Due to technical reasons, we have temporarily removed commenting from our articles. We hope to have this fixed soon. Thank you for your patience. If you are looking to give feedback on our new site, please send it along to feedback@globeandmail.com. If you want to write a letter to the editor, please forward to letters@globeandmail.com.
Comments