Canada's music nerds are going mainstream. The annual Polaris Music Prize, to be awarded Monday evening at a gala in Toronto, is no longer a fringe-audience thing or a plucky domestic matter. This year marks a coming of age for the award that, in a relatively short time frame, has gone from indie-rock insularity to something that matters on the international stage. The award's standing has grown in part because of Polaris's own smart, concerted efforts, but also because of the type of music and the popularity of the nominated acts.

"I've been saying from the beginning that the artists' profiles around the world do as much for Polaris as Polaris does for them," says prize co-founder Steve Jordan. "The artists are bringing their audiences to us."

In the past, Polaris voters (a national pool of more than 200 journalists, broadcasters, bloggers and programmers) held a palpable disdain for the pop audience, favouring indie rock and the avant-garde over easier listening and bigger names. Winners in the award's first six years included such obscure acts as Final Fantasy, Caribou and Karkwa.

This year, though, the short list of 10 nominees is stocked with deeply charismatic, highly accessible selections. Household names Drake and Feist will share refreshments and restrooms on Monday night with Montreal's indie-pop darling Grimes, Vancouver's buzz-saw rockers Japandroids and – gasp – even a rootsy singer-songwriter, Ontario's Kathleen Edwards. Throw in the striking doom-blues of Cold Specks and the barking big loudness of Damian Abraham and his Toronto hard-rock crew and you have a highly charismatic list of contenders.

"That's not just a a Canadian list," says music journalist Alan Light. "It's an impressive buzz list, regardless of the country. It may be a fluke of the calendar or it might represent a true momentum of the country's music scene, but it's almost like all the the most buzzed about acts this year are Canadian."

Light, formerly the editor-in-chief of VIBE and Spin, is based in New York, where a Polaris salon will be held later in the year. This marks the first time that one of the informal forums will be held outside Canada. As well, one of this year's rewards (in addition to the $30,000 grand prize) is one week's free use of a tour bus for a European tour, courtesy of a London-based outfit.

In the last year, such agencies as the Foundation Assisting Canadian Talent on Recordings (FACTOR) and the Toronto Tourism Board have been on board. Both helped to fund the travel of British journalists to cover Polaris in 2011, including Jordan Bassett of the British bi-weekly music tabloid Stool Pigeon. "People are definitely more aware of Polaris now than they were two years ago," Bassett says.

Headway was made in 2009 when Fucked Up's roaring rock album The Chemistry of Common Life won the prize. The surprising choice gained the notice and met the approval of mainstream outlets such as The New Yorker and this newspaper, which applauded the open-minded choice with an editorial (rather than a piece penned by a music writer).

Asked to predict this year's winner, Light name-checks Cold Specks, Japandroids and Grimes, but says, if he had a vote, the prize would go to Edwards's Voyageur. "It's easy to look past her, given the buzz of the newer artists," he says.

Bassett, however, has his eye on Grimes' Visions, and mentions the importance of her possible victory. "The person on the street in London might not be all that aware of Polaris," he says. "But if someone like Grimes wins it, you're more likely to stop and read an article with her name in the headline." 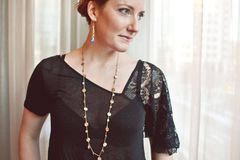 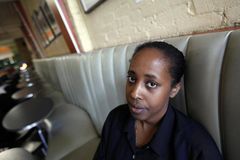 Cohen, Drake and Feist among the many on Polaris long list
June 15, 2012 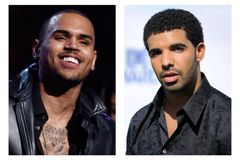