Time stopped for Kaytranada when he heard his name announced by Buffy Sainte-Marie at the Polaris Music Prize gala Monday night. The 24-year-old Haitian-Canadian producer couldn't believe it. He had to rewind his thoughts; he thought Grimes would win the $50,000 prize.

But it was him that took home one of Canada's biggest music prizes at the Carlu in Toronto. His debut full-length album 99.9% was awarded the eleventh-annual Polaris Prize, which recognizes a single Canadian record each year for the most artistic merit, regardless of sales or label affiliation.

His win also represents a historic first for the Polaris Prize: the album is the first winner in the award's 11-year history to be explicitly steeped in the worlds of hip hop and R&B.

"I hope that the next generation are not afraid to do more," he told reporters after the announcement. "They can just do whatever they want. They can do it yourself like I did."

Kaytranada, real name Louis Kevin Celestin, was raised on Montreal's south shore on a diet of soul, funk, hip hop and Haitian music. He produced and mixed most of the album alone at home – he still lives at his mother's house when not on tour – featuring guest vocals from artists such as Craig David, Anderson .Paak and Vic Mensa and musical contributions from the likes of BadBadNotGood and River Tiber.

Kaytranada said he wasn't sure what he planned to use the money for – though he'd consider getting some new gear.

Polaris Prize founder Steve Jordan, hinting at the award's decade-plus drought of winners from the hip-hop world, said the jury, in its deliberations, felt that awarding Kaytranada "represents the future of music."

Jordan dedicated the evening to broadcaster Andreanne Sasseville, who is fighting breast cancer, and the Tragically Hip, whose singer Gord Downie has terminal brain cancer.

The Polaris Music Prize has been awarded since 2006. Folk icon Sainte-Marie won last year's award for her album Power in the Blood. Other previous winners include Inuk throat singer Tanya Tagaq, electronic-pop artist Caribou, and indie bands Arcade Fire and Karkwa – the latter being the only fully francophone winner in Polaris history. There were no francophone albums shortlisted this year.

Albums released between June, 2015 and May, 2016 were eligible for this year's prize. A group of 196 music journalists and programmers first voted for a long list of 40 albums from this period, which they then whittled down to a final 10 nominees. A group of 11 jury members were culled from the larger group and sequestered Monday to determine this year's winner.

The nine other artists shortlisted for the prize each took home $3,000.

Many of this year's nominated albums laid bright sounds over dark themes. Toronto's Pup mashed lightning-fast punk riffs with road-weary words on their album The Dream is Over, while Vancouver expats White Lung softened their usual sonic assault and discussed real assault on their fourth record, Paradise. The pop albums Art Angels and Emotion, from Grimes and Carly Rae Jepsen respectively, were each backed by narratives of seeking artistic autonomy. There was Good Advice, a breakup-themed pop record from Montreal's erstwhile autoharp artist Basia Bulat; and The Party, an album that's far more reflective than the barn burner the name promises, by Regina's Andy Shauf.

They were joined by Half Free, the experimental indie-pop record from U.S. Girls, the project of Toronto-via-Illinois artist Meghan Remy, and IV, by Vancouver classic-rock revivalists Black Mountain. Two electronic albums were also nominated, each dabbling in freneticism: Kaytranada's record 99.9%, which breaks bread with hip hop, and vocalist-producer Jessy Lanza's Oh No, the followup to her Polaris-nominated 2013 debut.

Seven nominated artists performed at the gala Monday night, some of whom took the opportunity to perform with members of the Toronto Symphony Orchestra. Jepsen played her song Your Type, normally a power ballad in the style of Britney Spears, accompanied by just a string quartet and acoustic guitar, to rapturous applause. Shauf and Bulat also had extra accompaniment.

The band Pup couldn't attend the gala, as they were in tour in Austria; in their stead, they sent their parents, encouraging fans to follow along with the hashtag #PUPsParentsAtPolaris.

The Polaris Prize is not officially affiliated with the Junos, Canada's long-running music awards program whose winners are subdivided by genre and determined by the industry itself, rather than an independent jury of media.

Two of this year's Polaris shortlisted artists have been critical of the 2016 Junos, held last April. After the Canadian recording academy nominated Kaytranada's song At All, then retroactively removed it when they discovered it was too old to be eligible, the producer declared the Canadian music industry "out of touch." And Grimes, whose acclaimed Art Angels was absent from all Juno categories, joined many Canadian artists in lamenting the lack of women among nominees.

In past years, the Polaris has been both corrective and complementary to the Junos' long list of winners. For example, both awarded Arcade Fire with top album-award honours for The Suburbs in 2011. But while the Junos gave Tagaq the Aboriginal Album of the Year award in 2015 for the Polaris-winning Animism, neither she, nor any female artist, was nominated for the sought-after Album of the Year Juno.

Canada spent much of the past year atop the global charts, but its biggest names – Justin Bieber, Drake and the Weeknd had some of the world's best-selling records – were not shortlisted for the 2016 prize, which does not take sales or popularity into account.

Especially after the At All Junos blowup, Kaytranada said he's thankful to be recognized by a Canadian music institution. "I know this is something that's been here for years," he said, "and now my name is on the checklist for history." 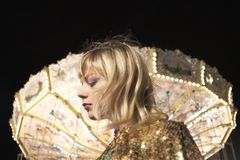