The MuchMusic Video Awards have come and gone for another year, but wasn't that a party?

As a TV event, the MMVAs are traditionally a loose affair that brings together international music names with selected Canadian stars for a blowout concert. If the party seemed a tad subdued this year, that's probably because Justin Bieber wasn't there.

Once again, the annual awards fête closed down a large section of downtown Toronto and, once again, fans went home with strained voices after screaming for two straight hours, on this occasion for the likes of Psy, Avril Lavigne, Serena Ryder and other current pop favourites. Here's seven observations on the show:

RED FACES ON THE RED CARPET

As on any awards show, true star-power is measured by red-carpet reaction.

Since the MMVA crowd is comprised almost entirely of teen girls, the biggest roar went up for the likes of Demi Lovato, Avril Lavigne, et al. In terms of non-music luminaries, the fans went appropriately wild for young acting ingenues Lucy Hale and Shay Mitchell, both of Pretty Little Liars, and likewise for Glee's Naya Rivera.

But you had to feel a little sorry for the notably subdued crowd response for Patrick J. Adams (Suits) and Steven Amell (Arrow), two Toronto-born actors airlifted in for the occasion. Blame your agents, dudes.

Obviously, the MMVAs were less an actual awards show than a talent showcase prearranged with music labels. Hey, if you're booked to perform, you're getting a trophy.

Naturally, this defuses the traditional awards-show suspense. The kickoff category of International Video of the Year included nominations for Nicki Minaj and Britney Spears – both conspicuously absent – so the award went to Demi Lovato, booked to perform several weeks ago.

And could Avril Lavigne have looked less surprised when handed the hardware for International Video of the Year by a Canadian? Or is that just the way she always looks?

PSY IS THE GUY

The Korean rapper and affable media oddity did not disappoint in his hybrid role of MMVA co-host and performer.

What a ball of energy. Psy opened the show with his breakout hit Gangnam Style – as of this week, the most-watched music of all time on YouTube with more than 1.6-billion views. He changed costumes at least four times, alternating between an all-white tuxedo and a baby-blue one.

Psy proved he's more than a one-trick pony, dancing-wise, with some fancy footwork to Beyoncé's Single Ladies. And his closing the show with Gentleman, accompanied by three-dozen dancers and fireworks blazing overhead, was the highlight of the night. Psy was the biggest star of the show.

AVRIL PHONES IT IN

It would probably be naive to expect Avril Lavigne to step up her game for the MMVAs, but even by her usual louche punk-slacker standards, she was a letdown.

The pride of Napanee, Ont., seemed bored and unimpressed upon her red-carpet arrival in a massive black SUV with her fiancé, Nickelback frontman Chad Kroeger, who actually looked angry to be there. Shortly after, Lavigne sleepwalked through a performance of her latest single, Here's to Never Growing Old, while dozens of dancers gyrated around her. What happened to the edgy rocker of Girlfriend?

The Toronto-born rapper made the fastest stage turn of the night to accept the Video Director of the Year award for Started from the Bottom. He simply came out with fellow rapper T-Ray, said thanks, plugged his next song and then booked it offstage. That's how it's done, son.

YOU FLEW SIX HOURS FOR THIS?

Flown in from Los Angeles for the occasion was actor Kunal Nayyar, far better known as the nerdy Raj on The Big Bang Theory. He stumbled through two minutes of awkward banter with a MuchMusic host and then introduced Avril Lavigne. And that was it. We expected more.

Why did Marianas Trench arrive on the red carpet dressed as mermaids and then perform in their underpants? Who the heck is Cody Simpson? Why no stage time for Shawn Desman? How did Phillip Phillips ever win American Idol? [Editor's note: because of his darling little name, obviously.] Why does Demi Lovato channel Judy Garland when she sings? Is Taylor Swift actually seven feet tall?

VIDEO OF THE YEAR:

POST-PRODUCTION OF THE YEAR:

DANCE VIDEO OF THE YEAR:

DIRECTOR OF THE YEAR:

Started From the Bottom – Drake

POP VIDEO OF THE YEAR:

ROCK/ALTERNATIVE VIDEO OF THE YEAR:

HIP HOP VIDEO OF THE YEAR:

Started From The Bottom – Drake

MUCHFACT VIDEO OF THE YEAR:

INTERNATIONAL VIDEO OF THE YEAR – ARTIST:

INTERNATIONAL VIDEO OF THE YEAR – GROUP:

INTERNATIONAL VIDEO OF THE YEAR BY A CANADIAN:

VIRAL VIDEO OF THE YEAR: 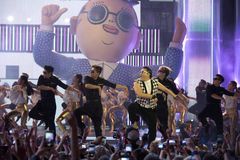 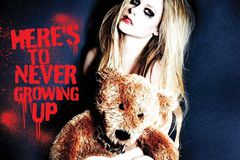 Avril Lavigne’s ex dresses up as her for Halloween - but the joke’s on him
October 29, 2012 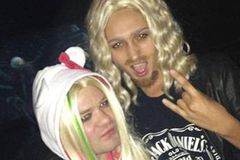