Richard Carson stands outside Hugh's Room, having a smoke and talking about the specialness of his west-end music venue that now is in limbo because of financial problems.

"What I wanted to do here was to create a place where artists wanted to play, where staff wanted to work and where music fans wanted to be," he says, looking off at the grey sky. "Some nights, I would stand back and watch those three things come together, and, I tell you, it was magical to see."

With that, Mr. Carson, who opened the city's premier folk club in 2001, shakes his head worryingly and stubs out his cigarette.

Just then, a friend who's chipped in to fix an electrical problem in the building steps outside and pats Mr. Carson on the back as he walks by. "Hang in there, Richard," he says. "Hang in there."

The club owner laughs softly to himself. Hang in there? He's been doing exactly that for nearly 16 years.

It was announced last week that Hugh's Room, a popular supper-club-style listening room that has hosted everyone from Odetta to Mickey Rooney to Serena Ryder to Loudon Wainwright III to Pete Seeger, had reached a point of insolvency. (The club has not declared bankruptcy.)

"At this time," a statement from Mr. Carson explained, "we are closing our doors until we can see what options are available to us."

The folk community has reacted with compassion and sadness, and there has been a rallying of forces to save the intimate 200-seat club. But as much as people speak of how beloved and irreplaceable the room is, the most repeated refrain is, "I'm surprised it lasted as long as it did."

In 2001, speaking with The Globe and Mail a few months after the club opened, Mr. Carson admitted he wasn't making any money yet. The fact of the matter is, he never really did.

Back inside the club, Mr. Carson, a gentle and quiet man of 65 years, sits down and pours himself a glass of water. "We've been struggling for years," he says. "But it got to the point last week where I couldn't look my staff in the eyes and tell them I could pay them for their upcoming shifts. So, I shut it down."

This weekend was to be a big one for Hugh's, which was to host four Gordon Lightfoot tribute shows – annually a sellout run for the venue. The concerts have been cancelled; advance-ticket buyers are most likely out of luck.

There are many contributing factors that conspired to bring down the three-level space named after Mr. Carson's brother Hugh, who died before the club opened. The U.S. exchange rate cuts into profits when American performers are booked. The city's summer festival scene makes it tough for music clubs to draw crowds in the warmer months. And the club's folkie audience isn't getting any younger.

But ask Mr. Carson why Hugh's eventually had to shut it doors, and the half-smiling and self-effacing man points to himself. "I'm trying to be as proud as I can be about what we've accomplished here, but I feel the responsibility," he says. "I got into a rut and I was too busy surviving week-to-week to make the changes that needed to be made."

There are issues with the club: The menu never excited the Zagat crowd, the place is not wheelchair-friendly and the washrooms could use an upgrade. But music is well curated, the sight lines are unbeatable and nobody complained when Maria Muldaur was singing about putting the camels to bed or when Mr. Lightfoot would show up on his own tribute nights.

In a bid to get the venue back on its feet, a committee (including guitar maker Grit Laskin) has been struck to brainstorm ideas on how to restructure the club's business plan and pay off the debts. The most bandied about idea is to make Hugh's a community-run, not-for-profit concern – something comparable to the nearby Lula Lounge, which caters to the world-music crowd and doubles as an arts centre.

Reopening as a non-profit venue would allow Hugh's to draw on government grants to offset overhead costs. That kind of restructuring would take a while to set up, though. There are those in the folk-music community who worry about the club's short-term viability.

"Every day that it's closed, it's less likely to reopen," says Derek Andrews, a long-time arts consultant and concert organizer in the city.

"I don't expect Hugh's to survive," says Richard Flohil, veteran music publicist and promoter. "I think clubs, like puppies, have their lifespan."

Mr. Carson is more optimistic. "It's my intention to sort things out. I'm working on the premise that we're going to be able to figure out a way to move forward."

In 2001, Mr. Carson told The Globe that he loved the room at its most intimate, with the audience in rapt attention to the performer on stage. "I love those moments," he said then, "when the club goes dead quiet."

More than 15 years later, with Hugh's Room empty for the foreseeable future, the dead quiet doesn't sound nearly as good.

A room of their own at last
April 10, 2017
Troubadour Gordon Lightfoot on legacies and writing music
December 15, 2017 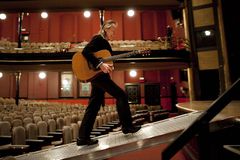 Ramblin’ Jack Elliott on the debts between him and Bob Dylan
May 17, 2018 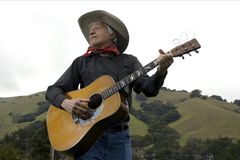