When you think about it, an opera that ends with the rescue of two women who were held captive in a foreign country offers no ending at all. The assumption of that story – particularly one which ends with joyous, adrenaline-boosting music – is that, as though someone had released a giant pause button on "life as usual," the women return to their homes and their fiancés, carrying with them little to no trauma of their experience.

On its face, Mozart's singspiel opera Die Entführung aus dem Serail (The Abduction from the Seraglio) does indeed tell this unfinished story of Stockholm syndrome. Konstanze and her servant, Blonde, are captured by the Turkish Pasha Selim and held for two years as (sometimes) sexual slaves; their fiancés, Belmonte and Pedrillo, scheme their way into Selim's palace to "abduct" them and bring them home. Yet in Wajdi Mouawad's new production of Entführung for the Canadian Opera Company, onstage now at the Four Seasons Centre, he begins at the end.

"I chose to ask myself the question of what happens 'after,'" Mouawad writes in his director's notes. "What happens once Belmonte, Konstanze, Blonde and Pedrillo return to their homeland? How will they resume their lives after a period of captivity and separation that has so completely transformed their relationships?"

Mouawad begins with a prologue – or perhaps an epilogue – in which the four lovers are at a party celebrating their safe return. The enticing party, full of witty toasts and fabulous fashion (by costume designer Emmanuelle Thomas), turns sour within minutes when the drollery transforms into casual racism; things escalate quickly, reaching a peak at the unveiling of the "tête de turc," the appalling contraption meant to look like a giant, stereotypical head of a turbaned Turkish man, set up to be whacked with a mallet as hard as the enlightened Westerners can.

Studying the faces of Konstanze and Blonde, it's clear that they have indeed returned to their old lives, yet with a new-found awareness of the ignorance and small-mindedness of their own people. Even Belmonte and Pedrillo, who more than most saw the reality of this abstract concept of "Turkey," have belittled the women's experiences, simplified their plights to childish divisions of good and bad, West and East, Christian and non-Christian.

And so, the four lovers recall what happened; the women fill in the gaps of their time spent in slavery for which the men weren't present, and the men recount the clever plan that gained them access into Pasha Selim's palace. Each scene is a memory, played out again by those who were there, for the benefit of those who weren't.

As far as "concept" productions go, Mouawad's Entführung is extremely successful. His is an organic balance of action happening in the past and present, and his thoughtfully reworked German dialogue allows the musical numbers to remain natural extensions of speech. The production confidently sacrifices moments of comedy for a focused commentary on xenophobia, double standards between men and women, and what it means to be held captive.

What's most fascinating about this production is that its mood hinges on an act of mercy; Pasha Selim decides to release Blonde and Konstanze, despite personal vendetta and in contrast to any European perception of Muslim culture and its dearth of clemency. The women are released and plagued with questions from the men who claim to love them. Did they sleep with their captors? Do they have affection for them? What did they do – what did they give, even – to make the Pasha so merciful?

It's more than a little horrific to watch as the men wrestle with belief and fact. They believe that European culture is superior, yet their European women – with their huge amounts of first-hand research – don't seem in wholehearted agreement. They believe that their women are faithful to them, and it's infuriating to watch them ignore the difference between a consenting affair and sexual slavery.

Mouawad's production is one that stays with you, imprinting slowly but surely upon your moral compass as you leave the theatre. Of course, if you're not in it for the social commentary, you could also see Die Entführung aus dem Serail for the extraordinary singing of Jane Archibald (Konstanze), Mauro Peter (Belmonte), Claire de Sévigné (Blonde), Owen McCausland (Pedrillo) and Goran Jurić (Osmin).

The Abduction from the Seraglio runs through Feb. 24 at the Four Seasons Centre in Toronto (coc.ca).

The Abduction from the Seraglio pushes COC performers to superhuman heights​
February 9, 2018 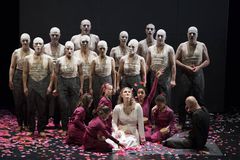 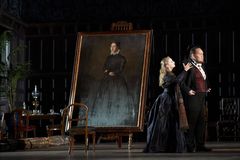 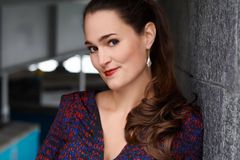 Review: COC’s Rigoletto is both a musical jackpot and directorial puzzle
January 21, 2018 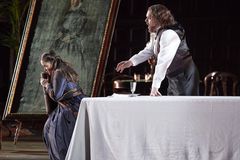 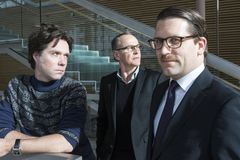