'It was time to come back to the misty mountains, and that's basically what the whole lyrical lean is," Robert Plant said during a media conference call a couple weeks ago. "It's about coming back and digging in again and then using a lot of traces of music that can be found in Britain."

On his exotic, mesmerizing new album lullaby and … The Ceaseless Roar, the rock 'n' roll icon and mighty rearranger is in an intercontinental mood musically and reflective mood lyrically. After bounding from West Africa to the American Southwest and places in between, Plant has returned to his homeland.

His songs are of love, loss, riches and rainbows – "I found my island home … once again I walk alone … pockets full of golden, a little more with every day" – and what he's found after the storms.

Just as Plant has plenty to say on his new album, he was chatty as ever on the phone from Wales. Here are a few highlights.

On how he celebrated his 66th birthday: "My birthday is on the 20th of August. The celebrations began on the 19th, and they ran through until about two hours ago [on Aug. 25], when the last people finally drove out of my gate and headed south and east back toward England. I'm absolutely exhausted. I'd been coracling. I'd been on a beautiful 16.2 [hand] stallion galloping through the Welsh hills. I'd been fraternizing with the opposition. I've been trying to make sense of girls, women. And I've been playing with my kids, who are constantly telling me where I'm going wrong."

On the declining status of rock music as a mainstream genre: "I have to tread very carefully here. And yet again, I shall brandish and I shall skirmish. The great thing about the game that we play is that it has broken into shards and crystals. What was the classification so many years ago of what you could actually hang your hat on as mainstream rockers has gravitated and spiralled into all sorts of small filigree. And I think it's probably a good thing. Once upon a time, rock had turned into a really turgid soup of reinventing itself over and over again by repetition. So, I don't think it makes any difference one way or another. A song is a song, you know? First of all comes a song, second of all comes the way it's promoted … where you place it and what happens to it and how it gets streamed and all that sort of thing is in the lap of the gods, and maybe artists in the end just take a back seat and let it roll."

On the rumours that he is working on a follow-up album with bluegrass artist Alison Krauss to their Grammy-winning collaboration Raising Sand from 2007: "Talk is cheap. With this band that I'm in, where was I a week ago? Oh, I was in Osaka in Japan. Where am I today? I'm in the misty mountains in Wales. Where was I a month ago? I was in the Czech Republic, and I played in Dresden and Berlin and northern Sweden. Alison is a very good friend of mine. But I think I've got a long way to go yet before I go back to Nashville and start knitting a sweater."

On songwriting: "As long as I've got something to talk about that fits against a pretty chord progression, I shall write songs. This most recent collection of songs is very personal to me and it comes from a place that I could never have imagined arriving at or passing through. I didn't write lyrics for the previous two records, because I was with Alison Krauss and with Patty Griffin and Buddy Miller, doing different stuff, visiting beautiful songs from the North American songbook. I have a lot to say and I write a lot, so I guess I was scared or I didn't know how to pick the lock that opened the door that gave me this record. Now the door is open and everything is flowing beautifully."

Ten albums from what should be a bountiful harvest this fall
August 31, 2014 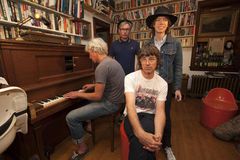 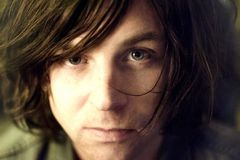 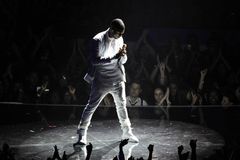