On Tuesday, the Royal Conservatory of Music announced plans for its annual 21C Festival to be held in Toronto in May, with nine concerts devoted to what it calls "newly minted music" performed by "innovative musical thinkers." In other words, what we used to call "new music" – and viewed with suspicion. But the RCM's innovative, far-reaching foray into the present-day, in this its fourth incarnation, may well be the most important and exciting programming the conservatory engages in all year.

To understand how far we've strayed from our own cultural history, let's remember some former practitioners of new music. Wild composers like Bach, Mozart, Beethoven, Chopin, Schumann, Wagner, Verdi, Brahms, Mahler – in other words – everybody. Until the 20th century, all music was new music, and engaging with the fresh and novel in music was as exciting, and commonplace, as doing the same in literature, painting and all the other arts.

The 21C Festival is based on a bet, in effect, that audiences are willing and able to connect with the music of their own time, and put aside the prejudices associated with new music, which actually spring from some of the more challenging works of a very specific period in our music history, almost a century old now. Today's musicians are working all over the cultural and musical map, and the results are often thrilling.

There are almost too many highlights to fully note in this year's 21C Festival, but, for starters: The COC Orchestra, under Johannes Debus, will be part of the festival, playing music by Canadian composers Brian Current and Samy Moussa, among others (Canadian composers and performers are central to this year's sesquicentennial edition of 21C).

The festival will also partner with Soundstreams Canada for one concert and the Canadian Art Song Project for another to present music by Unsuk Chin, a world-renowned South Korean composer (who will be in attendance) and songs by more Canadian composers. The New York collective Bang on a Can will present a special "Bang on a Canada" concert and Quebec's Angèle Dubeau and her La Pieta group will also be featured. It should be a week of interesting music and great performances.

New music has never been absent in Toronto. We have many fine ensembles and companies in town dedicated to bringing the composers and audiences of the present in closer proximity to each other. The Toronto Symphony's New Creations concerts get more successful every year. But the idea of a festival is always appealing, no matter what form of music it happens to feature. In a concentrated atmosphere, connections are made, experiences build on one another, a buzz is created.

And it's important that a major institution like the Royal Conservatory gives its imprimatur to this activity. It's a way of telling us that it's time we got back into the groove, and rejoin what the musical experience has been about for most of our culture's history. And that's about hearing the new, evaluating it, liking it or hating it, but staying open to it. It's a sign of musical health and vitality. And let's not forget that the RCM's most famous graduate was very much into the new, in his way. A guy by the name of Gould.

This year's 21C Festival takes place at the Royal Conservatory of Music in Toronto from May 24 to 28 (performance.rcmusic.ca). 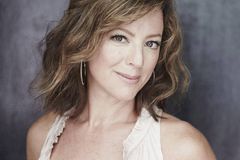