The house is open, just walk on in through the back door, into a country kitchen. An acoustic is strumming, and there's a touch of steel guitar too. Ruth Minnikin's friendly and soulful new album begins without preface, just the light-mantra chorus of Positively: "Positive, patient, persistence / Positive, patient, person." So, by the next time the chorus rolls around, you know the words by heart.

I don't know much about Halifax's Minnikin. She seems like someone who'd tour with Stuart McLean's Vinyl Café show. But she hasn't, as near as I can tell. She has played the Chatterbox Café, in Pugwash, N.S., though. That is verified.

What she's done here is to make (with her loose-harmony singing brother-collaborator-musician Gabriel and their little sister Amy) an accommodating, elliptical seven-song EP that doesn't seem over fussed, forced or formalized. Not that is slapdash in any way, mind you. The comfortable arrangements are deceptively inspired – probably not as causally conceived as they might first appear.

The songs were inspired by the death of her father and the perusal of a family photo album. Logs on the Fire, for example, sways to a fifties radio rhythm – old-fashioned R&B, about homemade baked goods and mothers who know best.

A letter found in the piano bench of Minnikin's great-grandmother was the encouragement behind Letters for You. The early-morning-velvet tone is haunting. It moves to the slow punching of tom toms. Electronic squiggles are in the mix.

In her clear, steady voice,

Minnikin sings words that were written to her before she was born: "Post was due, word had come from you / Doctor's note,

On All the Ones I Love, there are so many good things: the bass clarinet, the finger-snapping, the slow-dance swing, the heartache of a human who holds on instead of letting go and who lets go instead of holding on.

Tears wiped away, the album (or supper, reunion or wake) closes with Glory Glory, a banjo-trickled sing-along about saints who go marching on. Which is what we do, march on, right out the door, the sound of the gang-sung hymn fading in the distance. The look through The Minnikins' Photo Album lasted about 23 minutes. It is as gracious and inviting a record as I have ever heard.

For all their antisocial shenanigans, there is an air of eminence to the music of Crystal Castles, the electronic he-she duo who, on their (obviously) third album are coolly ominous and rousing. The imposing lead single Plague has singer Alice Glass alternating between breathiness and yells, singing about corruption and infection. Insulin is a choppy assault that deserves an actual "hi-fi stereo system" to best experience. (Ear-bud kids today, I mean really.) The music is big, human and physical – blood in the circuits. - Brad Wheeler

One direction, you bet – straight toward the girls. The British boy band targets itself to a specific audience. Let's call it Meaghan, or Brenda. The pop is high-powered and as irresistible as cotton candy and the school's new kid. Spindly guitar sounds happen from time to time, as do muted cowbells. The balladry is as hormonally manipulating as would be expected; only the minor-keyed final track Summer Love points at anything transcendent. Little Things is just too much – even Meaghan calls it wussy. Live While We're Young is the first single and rallying manifesto: "Tonight let's get some, and live while we're young." And hey, why not? - B.W.

Koi no Yokanis a Japanese phrase referring to the feeling, upon first meeting someone, that you will eventually fall in love. Though it might be facile to suggest that the phrase applies equally to the music on this album, it wouldn't be far from wrong. The Deftones have always had a way with instrumental sound, pulling elements from metal, alt-rock and shoegaze to create an emotionally evocative wall of guitars, but this time around the textures are even more closely tied to the songwriting. Perhaps that's why the songs seem more deeply engrossing, from the darkly churning textures of Gauze to the almost pop-flavoured melodies of Entombed. -J.D. Considine

The striking thing about Aguilera's seventh album isn't the stylistic distance between Just a Fool, her string-drenched duet with country singer Blake Shelton, and Your Body, her synth-driven paean to unbridled lust; it's the similarities. In both cases, the subject is desire, and Xtina is utterly unabashed about giving voice to her wants. And what a voice – powerful without seeming overbearing, it's flexible and expressive enough to bounce from pop to soul to country without losing its charm or resorting to cliché. Given the physicality of her sound, the songs about sex, dancing and bitchiness have more zing than the ones about peace and transcendence. But would you have wanted otherwise? -J.C. 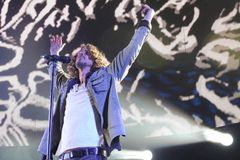 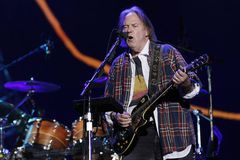 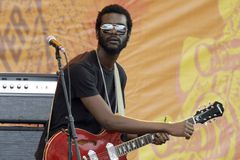