When R&B singer Jackie Shane appeared onstage during her heyday in the 1960s, there was always a moment where she'd let her audience know just how lucky they were to be there. It is easy to catch on Jackie Shane Live – a disc that was recorded in Toronto's historic Sapphire Tavern in 1963.

On the recording, Shane, an American who moved to Toronto to build her career until mysteriously disappearing from the limelight in 1971, can be heard reminding the crowd of her prowess. In between the lusty roars and megaphone notes she vigorously exudes on Money, Shane pauses to state things such as, "This is the closest to Jesus Christ some of you will ever get!" or "I got so much to work with here – I'm a little piece of leather but well put together!"

Shane had no other choice but to be so self-assured. She was one of the only black transgender women working in soul music at the time, well before the idea of trans was identified and years prior to Canada's decriminalization of homosexual acts in 1969.

To revisit Shane's recordings today thoroughly requires an ability to read between the political and social lines of the ground she was breaking. "I go along handing out blessings [and] satisfying souls …," Shane says on the live album, before cautioning her crowd in a preacher-like swagger, "… but I don't satisfy nobody that's a square!"

More than four decades later, musicologists, soul fanatics and LGBTQ historians are still unsatisfied. In an era in which Oscar-winning films such as 20 Feet from Stardom and Searching for Sugar Man are about long-forgotten artists who helped pave the way, it is mind-boggling that Shane's legendary story hasn't yet made it to the silver screen. But her legacy is about to receive some long-delayed exposure.

Although Shane hasn't recorded a song, performed live or spoken to the media for more than four decades, a budding new interest in the soul singer's past is getting her more attention than most artists climbing the Billboard charts today. For example, a new anthology of essays, titled Any Other Way: How Toronto Got Queer (Coach House Press), chronicles the performer's life as a black transgender vocalist who took up a musical residency in Toronto in the 1960s. It repositions the Nashville-born talent as one of Canada's earliest transgender pioneers. On Yonge Street, minutes from Toronto's Gay Village, a larger-than-life mural includes a portrait of Shane; it was created using a whopping 55 gallons of paint by local artist Adrian Hayles in December. The 22-storey public artwork is one of several signs representing a sudden, powerful curiosity surrounding Shane's legacy.

In October, a two-disc musical project by Numero Group will showcase Shane's repertoire, including songs taken from studio recordings and live gigs. The comprehensive collection features never-heard-before tracks such as an extended, bluesy version of You Are My Sunshine. What makes this album so significant is that it will be the first group of recordings the artist has been directly involved with since the launch of her last two singles in 1969. Few facts about Shane have been checked properly (online bios have inaccurately stated Shane is a cousin to Little Richard, for instance), leaving many fans perplexed over her decision to abruptly leave an occupation that gave her so much acclaim and purpose. What is commonly retold is the idea that Toronto was a place Shane considers her second home and that the city's club scene in the sixties, which she brazenly took on with groups such as Frank Motley and the Hitchhikers, helped shape her sound.

Record collectors and die-hard followers online have long speculated about Shane's whereabouts – and well-being – ever since she quit the music business and left Toronto in 1971. A slew of rumours led fans to believe that Shane had been the victim of murder in 1998 – a myth that was ultimately dispelled by a 2010 CBC Radio documentary on the evasive singer.

The task of getting Shane on board the new album following a 45-year hiatus from the music business was challenging, to put it mildly. Numero producer Douglas Mcgowan spent hours on the phone with the now 77-year-old; he let her know about the countless Jackie Shane tributes that exist online, from YouTube to blogs to Facebook and Instagram (Shane does not own a computer). When Mcgowan was finally invited to meet Shane at her home in Nashville, he was forced to patiently hang out outside as she stewed.

"She didn't open the door for me and we'd been talking for months!" Mcgowan says over the phone from Los Angeles. "I had to come to her with an open mind – not an agenda – because I knew a dozen people had already reached out wanting to do book projects. You have to understand, Funkadelic asked her to join the band and she flat-out said no. She would like to return to the public eye on her own terms and on her own time."

In 2014, a shadow-puppet-animated short video by Toronto-based artists Sonya Reynolds and Lauren Hortie, called Whatever Happened to Jackie Shane?, made its rounds in LGBTQ-focused film festivals and tried to further crack the mystery.

"It was an obvious story for us to work on because all the elements are there: She has an obscure background, she's a musician and she was visible and queer in such a homophobic time," Reynolds says. "There's a real hunger for knowing LGBTQ icons of the past and a desire to know more about people like Jackie because not much is documented," she adds, noting that Shane's appearance wasn't the only thing that read as transgressive.

"Jackie was undermining a lot of gender norms with the way she pushed people to question gender. She sang songs with very coded lyrics. Even if the original songs she sang – which were not written by her – didn't mean to be coded in queer language, they were," Reynolds says.

Tracks such as Any Other Way (which implores the listener to tell the singer's female lover "that I'm gay"), Sticks and Stones (which deals with gossip and abuse) and New Way of Lovin' (self-explanatory) are far from explicit.

Listening to Shane live, you get another story. The anecdotes she revealed between her set lists at Toronto's now defunct Sapphire Tavern and the mention of chicken (a.k.a., young gay men) is direct and intentional. However, the lyrics to covers and standards that she interpreted through performance are what most people are fascinated by. "Jackie's songs had a long life because the lyrics had double meanings and double entendres," Reynolds says.

Part of the surprises woven into Whatever Happened to Jackie Shane? are stories taken directly from the pages of Canada's oldest tabloid, Tab. One describes how CHUM Radio invited Shane to the station for an on-air chat. To commemorate the event, Shane picked a stylish makeup palette and an ensemble that was as deliberately chic as Marlene Dietrich's costumes in Morocco. "[CHUM] were so upset by Shane's appearance that they didn't grant [Shane] the interview and didn't play [Shane's] record until it became so popular that they were forced to," Tab printed in an April 6, 1963, issue.

Canadian R&B singer Jully Black can relate to Shane's self-imposed exile from the stage. In fact, it is something that Black feels deeply connected to as she begins recording her first album in eight years (tentatively titled The Re-Education of Jully Black).

"There are many layers to Queen Shane's work that resonate today for people who are struggling and need some reprieve," Black says. "There's a layer of being a black singer and then there is the idea of gender identity. These are heavy weights for anyone to bear, so regeneration is necessary. If she does end up coming back, she has an opportunity to lead a whole new generation because they have a social conscience and they are being fed music that takes a 'just add water and stir' approach. Jackie is the opposite of that and depending on what she says, if she comes back, it could be incredible on a social level. She could be the Betty White of soul music."

Black's hope for Shane to return to the stage may be more than just a pipe dream. According to York University ethnomusicology professor Rob Bowman – a Grammy-winning writer tasked with penning the liner notes for Shane's upcoming album – Shane is contemplating a proper homecoming. "If she does, Toronto would be the place it'll happen," Bowman says.

Although it took weeks of postponed calls, Bowman extensively interviewed Shane; what he's gleaned from 30-plus hours of phone calls with the artist is worthy of a Hollywood biopic.

"Jackie did not want the idea of being gay or non-straight as something to be focused on. As far as she was concerned, it's as normal as the sky being blue. Jackie is extremely happy that the world has moved if not 360 degrees, at least a whole bunch of degrees from where it once was," Bowman says. "I told her about the mural going up on Yonge Street – I took a picture and sent it to her, which she framed. Jackie has said to me more than once, 'I never realized that I'd still mean something to people all these years later.'"

Review: Like Caitlyn Jenner herself, The Secrets of My Life is both compelling and maddening
April 25, 2017
Caitlyn Jenner’s new memoir sheds light on past struggles and future optimism
April 24, 2017 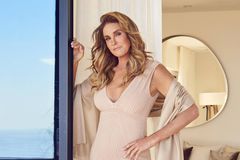 After a lifetime of hiding, gay refugees seeking protection in Canada are expected to prove their identity
April 30, 2017 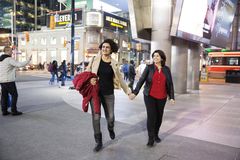