With an assist from Microsoft's co-founder, another entrant has joined the busy music festival market.

The brainchild of Paul Allen, Seattle's Upstream Music Fest + Summit is modelling itself in the vein of South by Southwest in Austin, Tex., but with a focus on developing the Pacific Northwest music scene.

The initial lineup, announced Thursday, features jazz group Snarky Puppy, electronic artist Flying Lotus, Pearl Jam's Mike McCready and more than 100 up-and-coming artists from the region. Keynote speakers at the conference include rapper Macklemore and producer Quincy Jones. The event will take place in venues across downtown Seattle from May 11 to 13.

Allen is an avid music fan and guitar player and also founded Seattle's Museum of Pop Culture. Together with Upstream, its key aim is to position Seattle as a cultural hub in order to attract tech talent, festival executive director Jeff Vetting said.

While Upstream has Allen's financial support, the plan is for it to be self-sustainable in the long term. But turning a music festival into a financial success is no easy task, and the proliferation of competition in North America over the past few years makes it even harder.

Nobody recognizes this more than Paul Runnals. He launched and ran Squamish Valley Music Festival in British Columbia from its inception in 2010 until its cancellation in 2016.

"Festivals are a super-high-risk endeavour, period, full stop," said Runnals, a partner and senior vice-president at brand.LIVE. "There are very few festivals out there that make money."

The first year of Squamish started out relatively small, with Devo and the Decemberists topping the bill. Eventually brand.LIVE partnered with promoter giant Live Nation to help expand the festival. By 2015, its final year, the lineup featured the likes of Drake and Mumford & Sons and drew a crowd of 35,000.

But between the loonie's drop in value against the U.S. dollar, rising artist fees and the costs associated with running a camping event, brand.LIVE decided to call off Squamish. "You kind of realize this is not sustainable over a long play," he said.

Camping festivals are extremely expensive to operate, and even if they sell out, the profit margins are very thin, Runnals said. "I'm not convinced that model will survive."

Disposable income is limited, and fan loyalty is only as dedicated as the strength of a lineup. Last year, long-established American camping festivals Sasquatch – which, along with B.C.'s Pemberton, competed with Squamish – and Bonnaroo saw their attendance numbers dip significantly.

Instead, it's city festivals like Montreal's Osheaga, Toronto's Field Trip and New York's Governors Ball that are finding success, Runnals said. A potential customer base already living in the area, combined with an audience that tends to skew older – and in turn has more money to spend – are a few of the factors that make city fests more feasible.

The other way festivals are trying to build loyal audiences is through unique curation.

For Upstream, that comes in the form of a dual festival and conference, and its commitment to local artists. Beyond traditional keynote addresses, the summit will feature follow-up sessions where attendees will discuss the role of streaming and how emerging acts can succeed in a growing global industry. In addition, the festival has tapped indie labels, radio stations and artists including Mike McCready and Snarky Puppy to curate stages.

Asking acclaimed artists to curate stages is a tactic that Calgary's Sled Island Festival has been doing for years. This year, headliner Flying Lotus, who's also playing Upstream, is picking a selection of artists. The festival also holds shows in intimate and unique spaces like churches, a Legion hall and a bike co-operative.

There are two types of festival experiences, said Sled Island's executive director Maud Salvi. The first is big outdoor festivals where the focus is on having fun and the programming is secondary, "kind of like the new version of the all-inclusive vacation." The other category, which Sled Island and Upstream fall into, places a greater emphasis on musical discovery.

"I think a lot of festivals have gotten a bit homogenous as far as recycling the big lineups," said Upstream's Vetting, adding that "being creative in your curation" is what will allow festivals to succeed.

That sentiment rings true for Portia Sabin, the host of music-industry podcast The Future of What and president of independent record label Kill Rock Stars.

"[South by Southwest] became so insanely huge that it's just not fun any more," said Sabin, who's also a keynote speaker at Upstream.

"I think it makes a lot of sense to have these smaller festivals popping up where people are trying to do something that's a little bit more directed and focused as opposed to just being this one-stop shop for everybody you want to see." 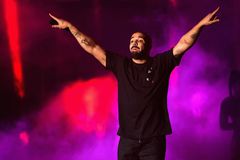 McCartney and Young share a Fab Four moment at Desert Trip music festival
April 3, 2017
Follow Arik Ligeti on Twitter @arikligeti
Report an error Editorial code of conduct
Due to technical reasons, we have temporarily removed commenting from our articles. We hope to have this fixed soon. Thank you for your patience. If you are looking to give feedback on our new site, please send it along to feedback@globeandmail.com. If you want to write a letter to the editor, please forward to letters@globeandmail.com.
Comments