Six years ago, personal questions didn't impress her much.

On a visit to Toronto to promote her new perfume, Shania Twain's publicist made it clear: no questions about her son, Eja, no queries about her marriage to producer Robert (Mutt) Lange, and no talk about the singer's impoverished past, including the death of both parents in a 1987 car crash when she was 22.

What ensued was a predictably polite - but deadly dull - discussion about topics such as her Order of Canada, the scent Shania by Stetson, and her admiration for Dolly Parton.

The Shania Twain who opened the door last week - white wine in hand - was the polar opposite of the tightly wound, notoriously private woman of yore. "Come in. Come in," she says, chardonnay sloshing, while she introduces her charming new husband, Frédéric Nicolas Thiébaud, who had been lunching with the superstar singer.

Thiébaud makes a quick exit, kissing Twain on the cheek. And the slim brunette sits down to gamely lay bare her heartbreak over her 2010 divorce from Lange, her near breakdown after she found out he'd been sleeping with her best friend (Marie-Anne Thiébaud, deliciously her new hubby's ex), and her ongoing struggle to reclaim a voice that was effectively silenced by the stress she's endured the past three years.

All this - and more - she's willing to dish because it's already been covered in a new tell-all memoir, From This Moment On, as well as in a new reality show, Why Not? with Shania Twain, a ratings-winner that debuted on Oprah's OWN network in Canada last Friday night.

"My divorce was like a death. A genuine death of commitment and love," says the five-time Grammy winner, who hasn't recorded in almost 10 years. "After I got over the shock, I was like, tell me there's some way we can save this. We can save this right?" says Twain, laughing shakily.

"I'm a fixer and I wanted desperately things to be fixed, but it wasn't fixable," adds the Timmins native, who quit her fledgling singing career in her early 20s to support her family while belting out cabaret tunes at Ontario's Deerhurst Resort.

"Eventually I came to the realization - much later on - that everything in life doesn't need to be fixed. Life is what it is, and you don't have control over it."

Twain's journey to heal began about a year after Frédéric broke the news about their partners' infidelity. When she first found out, she couldn't eat. She barely functioned. She stopped writing music and she lost her voice to a condition called dysphonia, an involuntary tightening of the vocal chord muscles. She secluded herself in her mansion in Switzerland, and obsessed about how Lange and Marie-Anne had betrayed her.

"I went through bouts of anger, and resentment, and then confusion trying to make sense of it all," she says. "You obsess after a while when you don't get clarification, or explanations. Then your imagination starts to run wild.

"Psychologically every human being needs a certain amount of explanation. We're learners. So we learn, then we change, we evolve, and we mature. But when we get stuck, and the pages are all blank, there's no peace."

Finally fed up with moping - not to mention the rot in her gut - Twain turned to self-help books on how to cope with grief, reached out to family and friends (including Thiébaud), and sought therapy (for the first time) to get her life back.

"I hate to cry, and I had spent my whole life wearing my toughness like a shield," says the 45-year-old, dressed in cropped peach pants and a matching T-shirt, accessorized with amethyst earrings and four-inch purple Yves Saint Laurent heels. "But I finally realized that was so unhealthy. Hence, this journey I'm on."

The reality series on OWN is a cross-country road trip that Twain takes with a few loyal members of her band, as well as her younger sister, Carrie Ann. It starts in Timmins, where she re-visits the tiny family home, a place where her mother was domestically abused and Twain had to fight off her stepfather's unwanted sexual advances.

One might expect Twain to speak disparagingly of the parent who beat her mom, and whispered insults in her ear when she tried to sleep. But she doesn't, insisting he was "intrinsically a kind, decent man.

"I see my dad as someone who had his own struggles, and was a victim of his own demons. Everyone in our scenario was a victim in their own way. I have to see the good and the bad because he was both those things."

And she's equally (somewhat shockingly) magnanimous to Lange, to whom she was married for 14 years. "I really do believe he has been destroyed by this, as much as me. Just in different ways. I think it's been extremely difficult for him, and I feel compassion for that. I wish this had not happened to him. He is a very sweet person whose done some really bad things. But I do believe he's the kind of person who will come to terms with it on his own."

In the back of my mind, I'm thinking she's a much better person than me. But then she addresses the issue of the other woman. "I never want to see her again," says Twain, who confided all her marriage angst to Marie-Anne. "What does it take for someone to act like that - and that bad?" she asks, with a shake of her head.

"My ex-husband was very uncomfortable with it all. It tortured him and his conscience was suffering. But some people have deeper issues, and deeper problems. And those are the people who are capable of a whole other level of maliciousness. Something that is calculated."

Initially, Twain was terrified to do the Why Not TV series. But she agreed to document her journey because it puts the pressure on her to start writing new songs, and hopefully, get that voice back.

"I'm ready to throw myself back into the water. It's the only way to do it," says Twain, twirling her five-carat, cushion-cut diamond. "And I'm now married to the most beautiful man. What I thought could never be fixed, finally has." 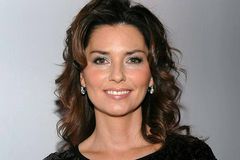 Oprah's OWN channel is boooooring
March 1, 2011 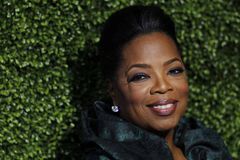