For three nights (in Victoria, Vancouver and Edmonton), the Alberta country-roots artist Corb Lund will share the stage with his mentor: the ranch-life-loving Canadian folk legend Ian Tyson. Stories will be swapped, cowboy songs will be sung and a certain amount of reminiscing will come – straight, as it were, from the horse's mouth. For The Globe and Mail, Lund recently spoke with Tyson about the 84-year-old icon's early Ian & Sylvia days (the duo with his former wife Sylvia Tyson).

You and Sylvia were in the middle of the folk-music boom in the early 1960s. But did you feel at the time something significant was happening?

The experience was very significant for us. We were excited, but we didn't know where it was going to go. We had no inkling that it was going to become a huge movement. If rock 'n' roll hadn't exploded, who knows what would have happened. But we had a good run.

Were you writing at the beginning, or were you playing traditionals only?

I wasn't writing at all. I was trying to play the guitar, to become a decent traditionalist. I didn't start seriously until Sylvia and I went to New York.

When Bob Dylan began writing his own material, was that a major shift? Did it change the audience?

Oh, yes – huge. It was very partisan. You were for or against. It was like the Democrats and the Republicans – almost as silly as that. We were palling around with Dylan a bit. He influenced me to write. I wrote that little ditty that's still around today.

Yeah. You have to remember, we were flying by the seat of our pants. We had no idea how culturally significant it would become.

What was the audience? Hippie kids or intellectuals?

Both. Sylvia and I became the darlings of the East Coast college circuit, from Smith College and Vassar College all the way down to the Appalachians. These schools had dreadful sound systems or none at all. It was tough. But we didn't know any better.

Were you playing your own material by that point?

Gradually we began integrating our own songs. Sylvia would be writing scraps and snippets. She finally wrote You Were on My Mind. It was her first published song, and it was her biggest. My first published song, by M. Witmark & Sons in New York, was Four Strong Winds. But Dylan led the charge. We went along on his coattails, I guess.

You tell a good story about when the Beatles appeared on The Ed Sullivan Show, how everybody knew the folk scene was finished. Did it disappear overnight?

That's somewhat overdramatized. I will say that I distinctly remember driving down the New Jersey Turnpike to one of those college gigs with guitarist Monte Dunn. He was a jolly soul. We were listening to the radio, and on came I Want to Hold Your Hand by this group out of England. They were doing these harmonies and the playing was rough and exciting. Of course it was the Beatles. They got to the part of the song where the voices go up. When they did that, I said, 'We're done. We're done.' That was our honest-to-God reaction to it.

Dylan claims you were the first one to turn him on to pot. True story?

He does not claim that. But his girlfriend from that period was Suze Rotolo. That was her story. She was a delightful young lady and a friend of Sylvia's. It may be true, that I was the one who turned on young Robert Zimmerman from Hibbing, Minnesota. He went on to turn on the lads.

The Beatles, who then in turn turned on the world, right?

Yeah. Maybe I should get a pension out of that. 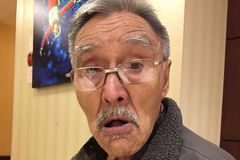 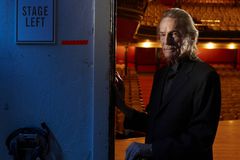 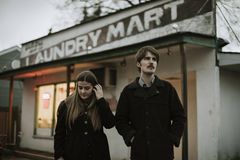