Jason Isbell, of course, is overrated. He is as gifted a singer-songwriter as there is on the country-rock and Americana landscape, but for all his comparisons to Bruce Springsteen and Tom Petty, he's one or seven anthems short of that kind of stature. Springsteen described Isbell's latest album, The Nashville Sound, as a "lovely record," which sounds about right. One could throw in adjectives such as "eloquent" and "accessible" as well.

Is Isbell, a Grammy-winning Alabaman, in the same league as Taylor Swift? He's not even playing the same game. I'm not even convinced Isbell's a better songwriter than an obscure figure such as Toronto's Neville Quinlan (of NQ Arbuckle), a local street sweeper, relatively speaking. But Isbell's critical acclaim is deep and fiercely voiced, and fans think the world of his abilities.

What is everyone responding to then? Listening to the opening song he and his band, the 400 Unit, played at the first of his two nights at Massey Hall on Tuesday offered a hint. "Why am I never where I am supposed to be," he asked on the tuneful mid-tempo rocker Anxiety. "Even with my lover sleeping close to me, I'm wide awake and I'm in pain."

He's singing about a man's fears and insecurities – something men traditionally have not done in such an intelligent way. More than one concertgoer in the crowd wore a Waylon Jennings T-shirt. Jennings would probably tell Isbell to rub some dirt on his anxieties. Johnny Cash might tell Isbell, "I'll give you something to cry about."

Different times, different men. Stoicism is for suckers. Isbell is special in a modern way, his sensitive expressions articulate, empathetic and relatable. The populist approach of singing for the inarticulate is nothing new, but Isbell also represents men who are uncomfortable in expressing their emotions. While Merle Haggard sang that he was proud to be an Okie from Muskogee, Isball worries that the "whole world's a lonely, faded picture" in his mind.

If anything, Isbell is a descendant of a more sensitive kind: Kris Kristofferson, who was not so proud that he couldn't ask someone to help him make it through the night.

Helping him through the night at Massey was a five-piece band that included his wife, Amanda Shires, a singing, songwriting fiddler. She opened the show as well, with Isbell watching from the wings – not because she's his wife, he told the audience, but because he was a great fan of hers. It goes without saying that Isbell did not refer to Shire as "the little woman."

Before breaking out as a solo performer with Sirens of the Ditch in 2007, Isbell was a member of the Southern rockers Drive-By Truckers. He hails from northern Alabama, not far from Muscle Shoals, home of the legendary recording-studio band the Swampers, who were known to pick a song or two.

Isbell's own band, the 400 Unit, is a capable (if unadventurous) alt-country squad. One song, Super 8 Motel, sounded like mud-flap Cheap Trick.

As a rhythm guitarist, Isbell switched back and forth between an acoustic model and various products from the Fender and Gretsch factories. He used a Stratocaster on Decoration Day, the second number of a two-song encore that closed the night.

Decoration Day, from Isbell's time with the Drive-By Truckers, concerns a blood-feud between Southern families. The song is about honour, grievances that endure generations and paying for our fathers' sins. No one needed to wonder what Isbell was getting at. He's a man of his time, with something to say. 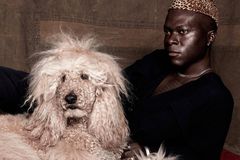 Singer Jorja Smith on the fast track to stardom
August 16, 2017 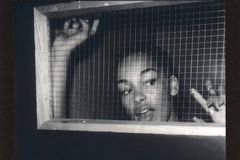