The noise you're hearing is the sound of drums beating for Link Wray, a Shawnee guitarist whose ominous 1958 hit instrumental Rumble was a groundbreaking step in the history of modern rock guitar. The song and the late Wray are a big part of Rumble: The Indians Who Rocked the World, an award-winning Canadian documentary on the role Native Americans played in popular music history. Co-directed by Catherine Bainbridge and Alfonso Maiorana, the film premieres on HBO Canada on Nov. 5. The Globe spoke to Stevie Salas, an Apache guitarist, adviser to the Smithsonian National Museum of the American Indian and one of the the film's executive producers.

Link Wray is on the recent list of nominations for the Rock and Roll Hall of Fame. Am I the only one who assumed he was already in there?

I've been working on getting Link Wray nominated for a number of years. A lot of my friends are on the board, or with the Hall of Fame in some way. A lot of them were surprised, as you were, that he's not in the Hall. He did get on the nomination list a few years ago, but without anyone lobbying and reminding people, it's hard. Everyone needs a champion.

This film does a pretty good job of championing him. Did it help him get nominated?

It had a lot to do with it. I received phone calls. I can't tell you who from. But they were using our film for footage to lobby for Link. They realize it's crazy for him not to be in the Hall. I have a feeling he'll get in – if not this year, then for sure next year. He's on everyone's radar now.

Even though Link Wray's signature song Rumble is an instrumental, with no words, it was banned on American radio, for fear it would stir up teen violence. Did his race have something to do with it?

No, I don't believe it did. With Link, I don't think people knew. Nobody really talked about it back then. You didn't want to be a Native American in 1957 or '58. Robbie Robertson's mother, who was a Mohawk, told Robbie to be proud he was an Indian, but to be careful who he told.

What about now? Canada in recent years has celebrated Indigenous musicians such as Tanya Tagaq, Buffy Sainte-Marie and A Tribe Called Red in a big way. Is the United States behind the curve in that respect?

Absolutely. In the States, no one [cares] unless it can make money or it can draw a television audience. It's ridiculous. What Tanya Tagaq has done is exactly what the people behind Rumble have done. Tanya is inspiring global musicians such as Bjork and the Kronos Quartet, where her culture is becoming part of something that helps their sound. And Buffy Sainte-Marie, who is one of the stars of our film, is incredibly important as well.

One could make a case for her to be in the Rock and Roll Hall of Fame as well.

Like I said, it takes some lobbying. And perhaps Buffy Sainte-Marie doesn't have the numbers, as a recording artist. She would be in the Songwriters Hall of Fame for sure. She should be, if she isn't.

Well, I bet you there's 50 or 60 people who have recorded her songs. Not to mention that one of them, Up Where We Belong, won an Academy Award and a Grammy Award.

If Link Wray makes it into the Rock and Roll Hall of Fame, there will be no shortage of people qualified to induct him. Pete Townshend said if it hadn't been for Link Wray and the song Rumble, he would have never picked up a guitar. 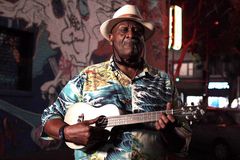 Film Review
Review: Rumble: The Indians Who Rocked the World is a story of Indigenous persistence
July 28, 2017
Projects by Canadian Heiltsuk/Mohawk filmmaker Zoe Hopkins to be shown at imagineNATIVE
October 18, 2017 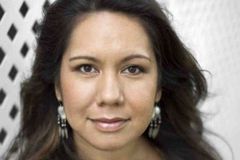