Violinist Victoria Martino knew something extraordinary was happening during a Mozart sonata marathon two years ago when she realized that her pianist, James Lent, had not budged from his piano stool in over eight hours.

"I asked him later how he could do that, and he said, 'The music just carried me,' " she recalls. "That's what it's like. It's like we're in another zone entirely."

Martino and Lent, who live in California, have made a specialty of marathon performance. They've done all 26 Mozart sonatas six times in as many years, each time with no interruptions longer than a bathroom break.

Saturday in Toronto, Canadian pianist Stewart Goodyear will attempt an even more daunting feat: a complete performance of all 32 of Beethoven's piano sonatas. He'll do them in three batches throughout the day, but even with meal breaks, he'll be at the piano for at least nine hours.

"Ever since I first heard the Beethoven sonatas when I was three years old, I always felt they were a complete set that I wanted to play in chronological order," says the pianist. "This is about making a complete retrospective of his oeuvre. I'm not doing this as a stunt or endurance test. 'Stunt' was not in my vocabulary when I was three years old."

Okay, but don't all musicians want to play at their best? How can you still do that after seven or eight hours, especially when some of the biggest sonatas come near the end?

And from the audience side, who can really absorb all that Beethoven in one day? Why try, when you can come fresh to the individual pieces on disc whenever you like?

The answers to those questions have to do with personal histories, and with a long-term trend toward intense immersion in "core" classics. Playing a composer's whole offering in a genre is about reaching for an experiential crucible that some musicians say they can't find any other way. Marathon performance also touches on our broad cultural fixation with series and completeness, from career-long gallery retrospectives to a 16-hour Marvel superhero marathon that played dozens of North American cinemas last month.

Goodyear and Martino came to their marathons with strikingly similar stories. Each was given a box set of recordings as a child – the complete Beethoven sonatas for Goodyear, the complete Mozart for Martino – and both listened to them obsessively, one record after another. Each says that that experience with that particular composer was what made them want to be a musician. Playing those same works in one long sequence, they say, is a natural outcome of their childhood listening habits.

Goodyear played a five-day cycle of the complete sonatas during Ottawa Chamberfest last year, which convinced him he and his audience could handle a full-day marathon. He has been preparing himself physically, but like Martino, he believes that it's the music that will pull him through, by putting him into another zone.

"I know these sonatas like I know my own body," he says. "I think the concentration will be very natural and organic."

No one in Beethoven's time would have thought of a project like Goodyear's, just as nobody wrote books back then about a composer's complete oeuvre. The classical music of the day was still considered likely to be displaced by later stuff. It was only around the middle of the 19th century that scholars started making complete critical editions of music expected to last. Gradually, the scholarly obsession with the complete urtext (original text) trickled into the concert world, and people began performing and recording composers' entire output of symphonies, sonatas or string quartets.

To this day, an all-Beethoven recital or complete box set of Bartok string quartets has an aura of greater seriousness than a collection of pieces by different composers. From that point of view, bearing down with Beethoven for 32 sonatas should be the most serious task of all.

Lots of people indulge in casual cultural marathons, gorging on a season of Mad Men or The Wire while sprawled on the sofa at home. But for Goodyear's Beethoven marathon, you have to sit still in public almost all day, in the presence of music that can be hard to absorb fully even one or two sonatas at a time. Martino, who has also played Bach and Beethoven marathons, says people tend to bond through the experience, hear connections they hadn't noticed before, and prevail over bouts of inattention or boredom.

"In the long run, the cumulative experience overrides gaps in attention," she says. "For some people, it's a real epiphany." Many of her Mozart sonatas are seldom played at all, much less in a sequence that displays the composer's development from age six to the end of his life.

Some music marathons don't go for breadth but sheer duration. An Erik Satie marathon by a team of pianists during Toronto's annual Nuit Blanche two years ago focused on just one short piece: Vexations, a string of unresolving tritones over a slender repeating bass. It takes only a minute and a half to play, but a note on Satie's 1893 manuscript says: "To play this piece 840 times, it would be wise to prepare oneself in great silence and serious stillness." Nobody took that literally till John Cage organized the first Vexations marathon in 1963, but since then, many new-music types have gone the full 840 reps.

"I thought it would be an endurance test," says Toronto composer and pianist Linda C. Smith, who repeated the piece for two and a half hours during Nuit Blanche. "But instead of getting numb to it, I found it got more and more expressive. You develop a hypersensitivity to each thing. It starts to feel like the piece is posing a question that you can't answer." She got so involved that when her replacement appeared, a half hour late, Smith thought he was an hour early.

In that instance, the pianos (there were two) were set up in a huge public galleria, with people streaming by constantly. But many didn't stream. They stopped, listened, and sat on the floor, in great silence and serious stillness.

Other composers have written vast pieces that don't need to be clumped together or repeated to rack up the hours. Wagner's Ring cycle takes 13 hours and five days to complete; R. Murray Schafer has created music theatre works that go on all night or over several days; and epic concert pieces have come from the likes of Morton Feldman and Kaikhosru Sorabji. As with Robert Lepage's lengthy theatre epics, the duration acts almost like an all-in bid in a poker game: Do you, listener, have the nerve to throw down in kind?

The marathon performance impulse also touches the printed page. Annual Bloomsday readings of James Joyce's work are fairly common, and Florence is home to periodic outdoor readings of Dante's entire Divine Comedy. In those cases, along with continuous readings of novels, poems and the Bible, the performers also tend to be the audience. The mass reading becomes a way of publicly participating in a text usually enjoyed silently in private.

Goodyear's iron-pants encounter with Beethoven will offer two additional elements to keep the mind, or at least the eyes, engaged. Indonesian performance artist Melati Suryodarmo will provide very slow-moving kinetic accompaniments, and a projection of the pianist's busy keyboard will appear on a screen above the stage. However the day turns out, Goodyear has no interest in performing marathons of other composers' music, and sees no way back in terms of playing Beethoven's sonatas.

"After this, I won't be able to do a two-hour, all-Beethoven recital without feeling that the program is incomplete," he says. For him, as for any true marathoner, it's all or nothing.

Bolshevik Symphony at TSO: The revolution will be harmonized
June 7, 2012 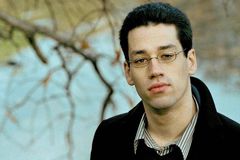 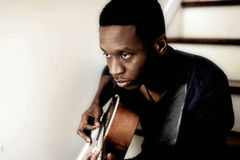