"Open a bank account/ Get a credit card/ Take all your money/ You been workin' too hard." The lyrics of Teenanger's new single, Bank Account, could be the latest jingle designed to coax Canadians into loading up on debt (not that we need much encouragement) if it weren't for the beer-soaked whine of the guitar or singer Chris Swimmings's nasal roar, which would prompt most first-time mortgage applicants to drop their pens in horror.

The cult of bands inspired by snotty seventies punk rock is long, venerable and reverent of the genre's bona fides, with some North American bands going as far as to fake British accents or sing about being "on the dole." Teenanger's new album, Frights, certainly sounds like it could have been made decades ago, but the Toronto-based band is living firmly in the present. A song like Lawyer Up ("You better lawyer up/ I'll see you in a court of law") feels more relevant in 2012 than the latest Rihanna single. It's hard to imagine a more timely sentiment than Cops But Not, a rollicking blast debating the authority of private-sector security guards chasing the band through High Park one evening.

"We did get in trouble with the police at one point," Swimmings says over beers at a Queen Street West bar. "They were, like, 'You're sitting on a sculpture.' "

"But they weren't cops," guitarist Jon Schouten interjects. "It's like, we go have a beer in the park – we all have lousy apartments in the city, we just want to go have a beer outside – and you get some [security guard]who says, 'You can't drink here!' And we're, like, 'You're 22, and you live in Scarborough or something. You don't understand why I'm here, why I'm drinking in public, so you think I'm a hobo.' "

Being young, broke and bored is a condition that transcends all generation gaps, so it's not hard to understand why the members of Teenanger and generations of people like them identify with, say, the Ramones (whose songs they have performed an entire concert of). But, unlike a lot of bands who traffic in a self-conscious brand of nostalgia for an era before Auto-Tune, Teenanger are just naturally down-to-earth.

"When we started, we just wanted to make simple music and have fun," bassist Melissa Ball says.

They put out their first, self-titled EP in 2007 on Schouten and drummer Steve Sidoli's label, Telephone Explosion, which releases music on cassettes that come with MP3 download codes, as well as a smattering of vinyl.

After growing toward a more swinging, garage-rock sound on 2010's well-received Give Me Pink, their new LP, Frights, is louder, faster and more aggressive. It's also well produced, thanks to the patronage of Howie Beck, whose credits include mixing on Feist's latest album, as well as his own solo work. Compared with past releases, Sidoli's drums are fat and punchy, Ball's bass and Schouten's guitar are sharp as safety pins and Swimmings's voice is a wrecking ball on tunes like Tired of You.

In person, the band members are what you would expect punks to be: funny, amiable and no-nonsense. Sure, they like to party – at a festival sponsored by Toyota's Scion brand, Ball says, running from the hotel's security guards to find the next party was "like Benny Hill" – but they're far too pragmatic to champion rock 'n' roll hedonism for its own sake. They decided to eschew the debauchery of the annual South by Southwest festival in Austin, Tex., for jarringly sensible reasons.

"Going to Austin and getting totally wasted for five days is really fun," Schouten says, "but the bottom line is, we would just get lousy [showcase slots]at this point, so why use those days to not really play for anybody? There's so much competition [at the fest] it's, like, let's just wait until hopefully we have a bigger name and it makes more sense for us."

It's easy to forget that punk rock, or at least a significant strain of it, was a rebellion against bloated rock-star antics and record-industry cronyism. Teenanger are looking to expand their fan base with more touring down south, but they're not counting on a record company for support: After abandoning discussions with several big labels, they're doing it strictly DIY.

"In the end," Schouten says, "the labels ended up being a bunch of smoke-blowers. It's really liberating to do your own thing and just be, like, 'I don't care about anything else.' "

Teenanger plays Toronto at Sneaky Dee's on March 1; London, Ont., at Call The Office on March 2 and Montreal at Barfly on March 10. 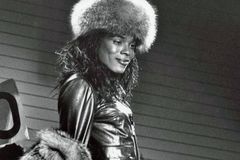 Headphones that look as good as they sound
Gallery
December 14, 2011 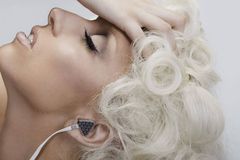