I believe in most of the hyperbole around Brian Wilson. Pet Sounds really is one of the greatest albums ever made, and of course it's not just the music. Brian Wilson stands for a lot: The tortured, gentle-genius narrative flicks at your heart the same way the songs do; the Beach Boys represent a sound, and a time, that many still living are nostalgic for. Not only the boomers, but the children of boomers who grudgingly adopted their icons.

I wouldn't argue otherwise, and I don't want to say a harsh word against the man himself. But the Wilson legend doesn't resonate as it used to, because younger generations do not mythologize the sixties as older generations did. For the boomers, the sixties stood for liberation and fun with a sense of purpose; for those raised out from under boomer hegemony, it could as easily stand for sanctimony and entitlement. Wilson is so much more than that, but if you weren't primed to sympathize with him, how would you know?

Wilson's new record, No Pier Pressure, which comes out on Tuesday, has its moments; it's nice to know he's still at it, the way it's nice to hear the TV on downstairs. The album features several artists with contemporary followings – Zooey Deschanel, Kacey Musgraves, Sebu Simonian – but I wouldn't consider any of them very important to this moment in music. Lana Del Rey is important, and she was supposed to appear on the record, but, as Wilson told Vulture, she cancelled. Frank Ocean is important, too, but Wilson cancelled on him: "He wanted to do rap."

A Wilson biopic is on the way, starring Paul Dano and John Cusack, which has met with some good reviews, and seems respectful enough to have won the subject's approval. Wilson deserves a great biopic; he is a giant of the 20th century, and hopefully the film will serve him well for posterity. But genius and relevance are two different things, as scholar H.J. Jackson observes in Those Who Write for Immortality, published this week. Jackson, who writes for a general audience, examines the posthumous fates of Romantic writers, but the conclusions she draws work for music as well: Merit is one thing, but artists who survive in popular consciousness do so because their work, and their mythology, offers something of use for future audiences.

(The troubled-genius fable is timeless, as Jackson notes of Keats, but there are many troubled geniuses, and why Brian Wilson over Lauryn Hill?)

In the same Vulture interview, Wilson said he'd never listened to Kanye West, who is as significant today as Wilson was in his era, and, many would argue, just as ingenious. "I don't listen to today's music," Wilson said. "I listen to oldies-but-goodies," which is his prerogative, and which he probably didn't mean in a smug way (consider the speaker), but it does sound a lot like how the archetypical fifties parents might have described the Beach Boys. That's not to begrudge the Greatest Generation their tastes, but the sixties were not their time.

The sixties brought a youth revolution that we're still benefiting from, and spawned a lot of great music. The decade entrenched rock as one of the dominant modes of expression among young people everywhere, from Thailand to Brazil, and the genre hybridized as it went. But the sixties rock and pop canon, as preserved in headshops, is as biased as the literary. And sixties counterculture, at least the scenes that became iconic, pretty much mirrored the status quo: led by the male, white, straight and middle-class. (Hendrix and Joplin are exceptions that prove the rule, and consider what they had to go through.)

Popular audiences were once assumed to be white, male, straight and middle-class; that was never the case, but what's changed is that you can no longer make that assumption. There is no such thing as musical monoculture (there never really was) – although there is still a Billboard chart, and as of writing, the No. 1 slot on the Billboard 200 belongs to Kendrick Lamar's To Pimp a Butterfly. It would be totally silly to weight No Pier Pressure's fate against it, in terms of chart success. But as a gauge of what matters today, musically and socially, it's a significant difference.

As many have said (including Lorde, and Dave Bry at the New Republic), and despite what the Grammys might lead you to believe, rap music is pop music. EDM is pop music, too. The artists making innovative work now, and the audiences receiving them, have different reference points than, say, Oasis would have. Not everyone likes this music, or feels as though they connect with it, but that doesn't make it any less profound to those who do, or less ingenious. As Jackson writes, no generation's taste is more objective than any other's.

Wilson's context is not his fault (maybe what he needs, as Jackson might argue, is a new one). It doesn't make his work less magnificent, either. I love the Beach Boys, personally, and, lying in bed on a Sunday, I would probably rather listen to Friends or Surf's Up than Yeezus. That's just taste; it's not up to you. 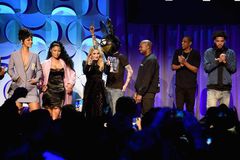 Lil Dicky is as unlikely a hip hop artist as you’ll ever find. But will the very things that set him apart trip up his path to stardom?
May 14, 2018 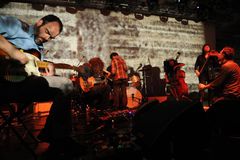