In August, 1979, three young guys, barely adults, stepped up to cheap microphones in a small studio in Englewood, N.J., across the Hudson River from Manhattan, and changed the course of music.

"I said a hip, hop, the hippie the hippie/to the hip hip hop, an' you don't stop," went the opening line of rap's first major international hit, Rapper's Delight, which took just 17 minutes to record, in a single take. While the song was key in establishing an audience for hip hop and a template for aspiring MCs, its fame ended up traumatizing the young men known as the Sugarhill Gang.

The documentary I Want My Name Back, playing Toronto's TIFF Bell Lightbox on Thursday, traces the legacy of Rapper's Delight, starting from the moment it exploded in New York, echoing from storefronts the length of Harlem's main thoroughfare, 125th Street, to its central place in the genre's history.

Rapper's Delight sold more than 10 million copies (50,000 a day at one point, according the documentary). But after token payouts, often in the form of cars and clothes, the group saw few royalty cheques or concert earnings.

The exploitation of recording artists by managers and labels is an industry cliché; but for hip hop it's a racially charged preoccupation. The story of Rapper's Delight functions as a parable forall the predation that rap lyrics typically rail against.

Sugar Hill Records, the upstart Englewood label that cashed in early on hip hop, owned the recording and also claimed rights to the band's name. Two of the three Sugarhill Gang members found themselves years later watching others perform using their name (one member, Big Bank Hank, defected to the imposter band).

Henry Jackson (Big Bank Hank) was the second to rap in the song. The trouble was, according to his former band mates, Jackson was a plagiarist, his verses lifted directly from a rap written by Bronx MC Grandmaster Caz. From the beginning, Rapper's Delight had a certain tarnish. The outside world saw it as a novelty; the rap world questioned its authenticity.

Next on the mic came the baby-faced Guy O'Brien (Master Gee), with a smoother flow and original delivery. O'Brien, who fell into cocaine dependency after the exploitation of the band by its managers, would have his Master Gee stage name stolen by another performer after leaving the group in 1984.

O'Brien became a door-to-door salesman. He received only a small fraction of the money owed to him (reportedly only $250,000, over the long span of three decades).

Back when Rapper's Delight was recorded and O'Brien was 17, "we were DJing, performing in people's basements and house parties, dancehalls, things like that. Then once we started recording, that's when everything really changed for us," he said by phone.

According to Wright and O'Brien, the Robinson family, which owned Sugar Hill Records, added its name to the writers' credits in order collect royalties. Still, singer Sylvia Robinson, who founded the label, did come up with the idea of having the rappers take turns on the song, thereby creating the structure.

After lawyers got involved, the writing credits were eventually given solely to Chic's Bernard Edward and Nile Rodgers, who wrote the original Good Times. This permanently halted any royalties for Wright and O'Brien.

It's true, the group wasn't hip hop's originator, a title more applicable to Bronx pioneers such as DJ Kool Herc and those who first haltingly spun disco and R&B songs, cutting the tracks with a mixer and rap overtop. The Sugarhill Gang was to hip hop what Big Joe Turner ( Shake, Rattle and Roll)or perhaps Jackie Brenston ( Rocket 88) was to rock, creators of songs that propelled the genre.

"I like to keep the story straight, because I've always said that life is interesting enough without embellishment," Wright said by phone from New York. He left the group after O'Brien and became a house painter, but he did briefly perform in the subsequent Sugarhill Gang that the Robinson family put together.

The original "Hip, hop, the hippie, the hippie" line wasn't entirely his, Wright said. He adapted it from raps his cousins were doing, who in turn had borrowed the style from Lovebug Starski, another early hip hop MC and DJ from the Bronx. "But I put my own spin on it. … 'The hip, hop, the hip-dippy hip, bang the boogie' and all this other stuff. That was mine," he added.

Unlike the multi-million-dollar rap industry today, hip hop at the time of Rapper's Delight existed in isolated pockets around New York, on certain blocks.

"We were doing this in New Jersey. My influence in terms of hip hop was my cousin's DJ group, and the first time I heard it was on a boom box that my cousin had. And some guy was on there rapping, 'Eee, eee, y'all, do the beat …' and it was terrible," Wright said. "And while New York was doing their own thing, we were doing ours. We would play every week, two or three times a week. Battle each other. We had our own hip hop scene."

Wright and O'Brien have since reformed the group, emerging as a back-to-rap's-basics act. "Part of the reason why we decided to do our part in the documentary was to set the story straight," Wright said.

"We didn't invent rap music. We had the first hit. The world wouldn't have heard about it without us first. [If not us]it would have been somebody else. But that's not the way it happened. It happened because we put our voices on it, and the world heard my voice first," Wright noted.

I Want My Name Back screens Thursday, 8 p.m. at TIFF Bell Lightbox in Toronto, with a performance by the original Sugarhill Gang.

Like the song said, it was the beat that didn't stop until the break of dawn. Rapper's Delight, the seminal 1979 rap track by the Sugarhill Gang was a 15-minute song – 14:37 to be exact – that's had more than its 15 minutes of fame. Based on the beat of Chic's disco record Good Times, the playful Rapper's Delight at its peak was selling more than 50,000 copies a day. Recorded in a single take, the hip-hop hit has been covered by the cast of the Chris Rock rap film CB4 (1993), rap supergroup Def Squad (1998) and Keller Williams (on his live album Stage, in 2004).

Beastie Boys, who would have appreciated the song's shout-outs to the black, white, red, brown, purple and yellow, seriously sampled Rapper's Delight for their Triple Trouble of 2004. Insane Clown Posse's inspiration for Wicked Rapper's Delight is unambiguously credited, and Ol' Dirty Bastard, ever the sentimentalist, borrowed elements for 1995's Goin' Down. 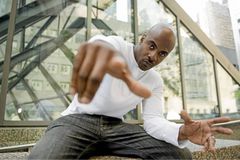 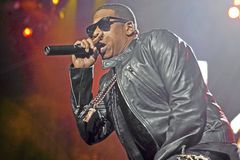 Hip-hop group tries to forge ties with UN
May 17, 2001
Follow Guy Dixon on Twitter @Guy_Dixon
Report an error Editorial code of conduct
Due to technical reasons, we have temporarily removed commenting from our articles. We hope to have this fixed soon. Thank you for your patience. If you are looking to give feedback on our new site, please send it along to feedback@globeandmail.com. If you want to write a letter to the editor, please forward to letters@globeandmail.com.
Comments