'We were four strong personalities," says Graham Nash, "each with egos equally strong." Adding Neil Young to the already established group headed by David Crosby, Stephen Stills and Nash wasn't as easy as simply adding a "Y" to "CSN." After releasing their first album together in 1969 – Déjà Vu spawned three Top 40 singles – the four principals toured together in 1970 but then scattered to various other projects. They reunited for a tour in 1974, an undertaking that Crosby dubbed the "doom tour," and which now is documented by a new audio-video bonanza, CSNY 1974. We spoke on the phone to box-set co-producer Nash, 72, about the band, the excesses and the long-awaited live album.

An album or box set from CSNY's 1974 reunion tour has been talked about for years. How long did it actually take you to put it together?

If you add up all the hours, probably about eight months. But because I've been a busy boy, with not only shows with David and Stephen, but solo shows and photography shows and art shows and my family, it took me about 4 1/2 years.

You've said it was the most difficult project in your recording life. Did Neil Young cause some of those difficulties?

David and Stephen trust me completely, but it's always interesting dealing with Neil. I went to his ranch with my co-producer, Joel Bernstein, who was the tour photographer in '74, and presented Neil with the idea of what I wanted to do. He said to go right ahead. So I did, and I was maybe 12 or 15 tracks into it when Neil called and said, "Are we doing this at the highest [sound resolution] possible?" I told him, "Not quite."

The software I was using to deal with the technicality of using tapes from nine different places, with nine different audio prints and different echos and venue sizes and indoor shows and outdoor shows, wasn't able to handle the bigger files. He said, "Well, I think you've really got to consider doing it at the highest resolution possible." I respect Neil intensely and I admire what he does. I wanted him to be happy with what we were doing, so I threw out the tracks that I'd completed, which was at least a month's work, and started again.

Neil is an advocate for 24-bit/192-kHz audio, but can we even hear the difference between that and a lower resolution?

It sounds unbelievable, and yes, I can hear the difference. So, what Neil said makes sense to me, and I'm glad he said it.

There's more to the box set than the sound. The art work is impressive, and I was struck by the cover photograph, which was shot from behind the four of you during an acoustic set, looking out to a stadium of fans. Do you remember the moment?

Of course I do. That shot was taken by Joel Bernstein at the Oakland Coliseum show, which was four shows into the tour. At that moment, I realized we had bitten off an enormous undertaking, and that we could pull it off.

There were electric sets during the concerts as well, but what about presenting acoustic moments in a venue that large?

It's all the same music, regardless of the venue.

But was it the best way to present that music, in a football stadium? I mean, there wasn't any stage show to speak of, either.

So, it's the whole thing then. It's 1974, you're well into the post-Woodstock world and concerts were experiences and maybe even part of a movement, right?

Exactly. A lot of people who came to our shows were people who had either been to Woodstock or wished they'd been to Woodstock. There was a lot of that vibe around. The social implications were great. I think the kids of that era really felt that they had a certain power if we could speak with one voice.

What about the voice of the band itself? Tour manager Chris O'Dell described it as Crosby ranting, Stills pouting, you meditating and Neil keeping to himself. Is that how you remember it?

Yep. That was an exact description of what was going on. The music was beautiful, of course, but it was a tour of excesses. Not only drugs, but hotel suites and helicopters and limousines. I think that's one of the reasons Neil travelled separately. He didn't like the excesses. The three of us were smoking dope and snorting cocaine constantly. Everybody except Neil.

How loose was it up there on stage? Listening to Neil do Goodbye Dick, about Nixon's resignation, it seemed impromptu.

Loose? Me, David and Stephen had never heard that song. But Neil wanted to do it. Who's going to tell Neil Young not to play a new song. We just stood there and watched him. But that's how ballsy we were as a band. We didn't care how many people were watching us. We were on top of our game. We knew we had good music to play, and we knew we were good enough musicians to play it. The rest just fell into place. 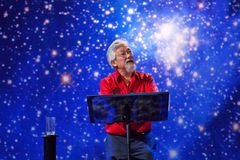 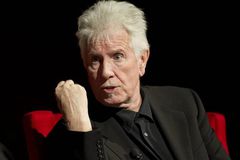 'A Letter Home' by Neil Young among CD releases for the week of May 27
July 3, 2014
Q-and-A: Gordon Lightfoot 'very honoured' by Neil Young cover versions
July 3, 2014
Follow Brad Wheeler on Twitter @BWheelerglobe
Report an error Editorial code of conduct
Due to technical reasons, we have temporarily removed commenting from our articles. We hope to have this fixed soon. Thank you for your patience. If you are looking to give feedback on our new site, please send it along to feedback@globeandmail.com. If you want to write a letter to the editor, please forward to letters@globeandmail.com.
Comments