'Being an artist is like being in a bar fight," says the big man who looks like he can handle himself in a dust-up. "You pick up whatever you have to in the moment to stay alive."

Tom Wilson, 55, sits in a west-end café in Toronto speaking about resourcefulness and his livelihood. The singer-songwriter is wild-eyed and hirsute, his imposing look topped off with a Russian-stye fur hat. There's a gentleness about him, though, and over the better part of an hour he calmly discusses the modern artist's life – in particular the hustle, muse and industry of the middle-class, middle-aged musician in a trying era.

According to the Recording Industry Association of America, only three recording artists achieved platinum sales certification on an album released in 2014. The million-sellers are country music's Jason Aldean, pop singer Ariana Grande and the inevitable Taylor Swift. Music lovers are slowly turning away from the ownership of music, as the shift to streaming services continues. But the streaming model isn't yet a lucrative one for musicians.

So they fight, especially the older acts not tied to a major label deal. They go it alone (sometimes by choice), and the most dogged, versatile ones do very well indeed.

When asked about his yearly income, Wilson whispers a number, even though no one was around to overhear him. He earns in the low six figures from touring (with the trio Blackie and the Rodeo Kings and his own psyche-folk outfit Lee Harvey Osmond), modest album sales, commercial voice-over work, songwriting, lecturing and peddling his paintings (which go for thousands).

When talking about making a living, Wilson mentions storied musical acts such as the great early 20th-century country yodeller Jimmie Rodgers, who are to be admired not only for their music, but their hustle. "They were carnies," he explains. "And that's just as important as whatever right notes you hit. You have to be able to sell it."

The Hamiltonian has been around. His husky rock band Junkhouse was a thing for a while in the 1990s, when they signed with Sony. Looking back at those days – and they were wild, substance-abusing days – the now long-sober troubadour remembers the money being thrown around and the high life that came with it. "We were flown over to play a show with Jeff Buckley and Oasis at a Scottish castle," says Wilson, now a grandfather. "It didn't make much sense to me."

Wilson, who describes Junkhouse as "just a bunch of knuckleheads from Hamilton who got lucky," is at a much different stage of his career now. He talks about greying recording artists, and the unique opportunities afforded them. "When you get to a certain age, you just become unacceptable. And at that point, you have the opportunity to do whatever you wish to do, which really is why you became an artist in the first place. You had authority issues when you were younger, and now you're a loner again trying to figure out how to communicate with the world."

Fred Eaglesmith knew Wilson back in the early days, and although they took different paths, they're at about the same comfortable place today. "Tom and I don't see each other often," says Eaglesmith, his scratchy voice crackling on the line, "but when we do, we shake our heads. We can't believe we're still able to do this for a living."

Eaglesmith, a 57-year-old roots music songster whose 20th album Tambourine from 2013 is a love letter to the looseness of sixties radio, is an outsider. Frustrated by concert promoters and annoyed by the bureaucracy and arbitrariness of the arts-council grant system, early on he began booking his own concerts and running his own business.

"I opted out years ago," says the son of a farmer. "I'm not in the mainstream, and I'm not cool." So the outspoken Ontarian drives his own bus, touring his Travelling Steam Show very much under his own stream. He and his band play legions and small halls – venues with no Ticketmaster affiliations and such. "I get 100 per cent of the money."

Country stars Alan Jackson and Toby Keith have covered Eaglesmith's tunes and tracks of his have been placed on U.S. network series True Blood and Grimm. But he and his band also set up chairs for their concerts and do their own bus repairs. "It's really good to get on stage and know that not only are we a working band, but we worked all day too."

Eaglesmith says he is "living the dream," when it comes to working outside the system. Wilson has arrived as well, with a liberating flexibility in the way he communicates artistically. "I've never been cool, and I don't guard my brand as something precious. So, as an artist, the gloves are off." 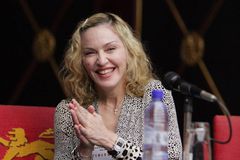 How artists learned to stop worrying and love the album leak
December 18, 2014 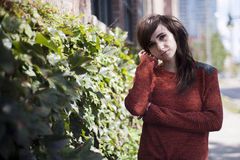 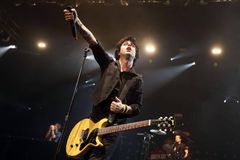