The Toronto Symphony Orchestra has cancelled appearances this week by Ukrainian-born piano soloist Valentina Lisitsa, apparently because of tweets she posted that were hostile to the current Ukrainian government.

Mr. Melanson, who refused requests for an interview, issued his note after Ms. Lisitsa revealed the incident on Monday morning in a long, impassioned note linked to her Twitter and Facebook accounts.

"Someone in the orchestra's top management, likely after the pressure from a small but aggressive lobby claiming to represent the Ukrainian community, has made a decision that I should not be allowed to play," she wrote, referring to her scheduled TSO performances on Wednesday and Thursday. "I don't even know who my accusers are, I am kept in the dark about it."

Her Twitter statements have outraged prominent members of the Ukrainian-Canadian community, which broadly supports the current government. "Ms. Lisitsa has been engaged in a long campaign on social media belittling, insulting and disparaging the people of Ukraine as they face direct military aggression at the hands of the Russian Federation," Paul Grod, president of the Ukrainian Canadian Congress, said in an e-mail exchange. Ms. Lisitsa did not respond to requests for an interview on Monday.

Ms. Lisitsa's tweets about the Ukrainian regime have included some harsh comparisons with Nazi Germany, sometimes laced with morbid comedy. "In a new European Ukraine, the camps will give the subhumans [ethnic Russians] condemned to gas chambers an opportunity to offset their carbon footprint," she says in one.

Ms. Lisitsa is an ethnic Russian who was born in Ukraine and speaks Ukrainian (she now lives in North Carolina). Her tweets are strongly supportive of the Russian minority in Ukraine, but she seems to oppose the civil war.

"The worst thing that can happen to any country is fratricidal war," she says in her statement, "people seeing each other, their neighbours as enemies to be eliminated."

"You might find some of [my tweets] offensive," she says, "[but] satire and hyperbole are the best literary tools to combat the lies."

Conductor Adrian Bryttan, writing in the New Jersey-based Ukrainian Weekly, lambasted Ms. Lisitsa in an article in December, for "anti-Ukraine hate speech." He pointed to tweets in which she had said the country was "a society sunk beyond redemption," and which "owned a proud and long history with Russia, threw it away and invented myths." He ended his article by saying: "Ukrainian communities might be interested to greet Ms. Lisitsa at her upcoming concerts … with the Toronto Symphony."

It is not clear what harm the TSO expected if Ms. Lisitsa performed. Soloists never speak from the platform unless invited to do so by the conductor. The work she was to perform, Rachmaninoff's Piano Concerto No. 2, has no political subtext. Valery Gergiev, who has conducted the orchestra without incident, is a well-known supporter and confidant of Russian President Vladimir Putin. Mr. Gergiev was dropped from a Poland-themed festival concert in Germany in November, apparently after a complaint from the Polish embassy.

The TSO's record on freedom of speech was tarnished in 1951, when six players were refused visas for a U.S. tour over alleged communist sympathies. The orchestra replaced "the Symphony Six" for the tour, and at the end of the season did not renew their contracts. Two TSO board members resigned in protest.

The Symphony Six did not have access to social media, where Ms. Lisitsa has a formidable presence. A YouTube video of her performance of Beethoven's "Moonlight" Sonata has more than nine million views. Her career was built in part on her Internet following. Three years ago, a Google Analytics report on her social-media heft clinched her a sold-out show at London's Royal Albert Hall that 100,000 people streamed online.

The TSO's Facebook page was flooded on Monday with messages of support for Ms. Lisitsa and a few more critical responses. Twitter responded with a hashtag – #letvalentinaplay – and a barrage of tweets in her support. One came from Bravo Niagara!, which presented Ms. Lisitsa in recital in St. Catharines, Ont., on Sunday night. "In defence of freedom of speech, #letvalentinaplay," it reads. "Music can't be silenced!"

Some in her corner argue for no more than her right to offend without being punished professionally.

Ms. Lisitsa wrote that the TSO, which offered to pay her entire fee for the cancelled shows, threatened reprisals if she went public about the reason. "If they do it once, they will do it again and again, until the musicians, artists are intimidated into voluntary censorship," she wrote. Her replacement for the concerts is Canadian pianist Stewart Goodyear.

"As one of Canada's most important cultural institutions," Mr. Melanson's statement says, "our priority must remain on being a stage for the world's great works of music, and not for opinions that some believe to be deeply offensive."

Editor's note: A previous version of this article said incorrectly that The Ukrainian Weekly is based in Edmonton. In fact, it is based in New Jersey. 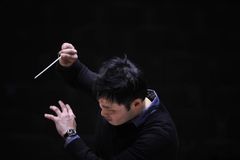 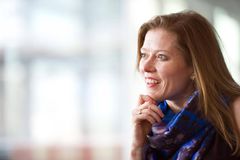