Valentina Lisitsa is leaving Toronto as she arrived: defiant and unapologetic.

The Russian-speaking Ukrainian pianist, whose scheduled appearances this week at Roy Thomson Hall were cancelled by the Toronto Symphony Orchestra, said she would not change her social media habits or stop talking about the conflict in Ukraine, even though her tweets on that subject were held up by the TSO as too inflammatory for her to take the stage.

"The only honourable thing for me is to keep doing exactly what I'm doing," Ms. Lisitsa said during a phone interview from her Toronto hotel.

"If I would now be just tweeting kitten pictures and about the next concert, people would know that I still have duct tape over my mouth," she said, referring to a poster she designed to protest against her dismissal. "People would not believe that I became mellow and nice; they would understand that I would be self-censoring, and that would be the worst thing."

She had hoped to perform what she called a free solo "concert of reconciliation" in Toronto this week, she said, but her efforts in that direction faltered on miscommunication and fears about security. Two would-be presenters withdrew, she said, over concerns about what could happen "if somebody breaks a window or starts a fistfight," she said.

Ella Poret, artistic director of the North York Music Festival, said that, contrary to media reports, her organization had never planned to present Ms. Lisitsa in concert at a church this week. The idea was merely floated by the festival's piano sponsor, she said, but immediately blew up on social media as an accomplished fact. "We're a music festival for kids," Ms. Poret said. "This concert was never going to happen."

Ms. Lisitsa said the TSO had victimized two pianists this week, the other being Stewart Goodyear, who was hired to replace her in Rachmaninoff's Piano Concerto No. 2, then dismissed when the concerto part of the concerts was scrapped.

Mr. Goodyear was critical of Ms. Lisitsa on Facebook, but she said his anger was misplaced. "I think he should be upset with the TSO for not telling him till the last minute what was really going on, dragging him into this unfairly, and then throwing him under the bus."

As for her controversial tweets, Ms. Lisitsa has had a few second thoughts. "I was inexperienced on Twitter. I might put some things differently now perhaps."

But the real source of her trouble with the TSO, she insisted, was that her comments were taken out of context, mistranslated, or edited to misrepresent her views.

"Even if I go down, it's a small sacrifice that opens a huge discussion about which we all worry," she said. She pointed to a measure passed this week by the Ukrainian parliament that officially legitimated the Ukrainian Insurgent Army, a militia that waged a campaign of ethnic cleansing in western Ukraine during the Second World War, killing up to 100,000 people. The victims included much of Ms. Lisitsa's family on her mother's Polish-Russian side.

The other discussion she hoped to have furthered, she said, has to do with "limits on free speech, and the line between private and public." She insisted that her musical life should be completely separate from her personal opinions.

She said that no other concerts were cancelled as a result of the TSO fracas. Both the Calgary Philharmonic Orchestra and Toronto's Koerner Hall say her engagements with them this year and next are still on their calendars. Her latest album, a disc of piano pieces by Philip Glass, is currently No. 2 on Amazon.ca's classical list, and in the top 100 for all music recordings on the site. But she scoffed at the idea that she had courted controversy to assist her career.

The one concert she will play in Toronto this week, she said, is a private performance for a couple of fans who had flown in just to hear her. "I will find somebody's house or hotel room to play for them, and then I'll be on my way to Europe," she said.

Why the TSO set a terrible precedent by barring pianist Valentina Lisitsa
April 8, 2015 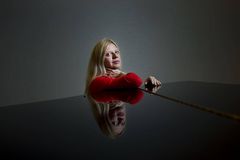 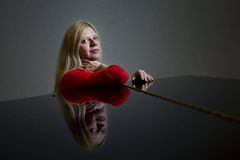 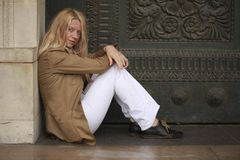