How much would you bet on your ability to sell something for which you had not found a buyer in spite of years of unstinting effort? Would you bet your house?

That was the question facing the Ukrainian-American pianist Valentina Lisitsa three years ago. After some early success, her solo career was stalled, and she had a sheaf of letters from record companies declining to release her self-produced recital album. She had started to put performance videos on YouTube, but that hadn't produced much traction – yet. Another pianist might have given up, but Lisitsa doubled down.

"If solo repertoire doesn't do the trick, we thought maybe something with orchestra would spark interest," she said over the phone, a few days before her Sunday recital at Toronto's Koerner Hall. She and her husband took a second mortgage on their house in North Carolina, to scrape up the $250,000 needed to hire the London Symphony Orchestra for a purely speculative recording of Rachmaninoff's four piano concertos. It felt, she said, like placing a big bet at Vegas – "except that my odds of success were better, and I was betting on myself."

She booked the orchestra and a "name" conductor, who promptly bailed for a more prominent gig. She had no money for rehearsals, so she made videos of herself playing the solo parts, put them on YouTube, and told the alternate conductor – Michael Francis, who had never conducted the concertos before – to check them out. She had her choice of piano shipped from Germany to London for the sessions. She even arranged to have a short documentary made, to put on YouTube to promote the recordings should they ever get to market.

The London sessions went well, but no label picked them up initially for release. Lisitsa continued touring as violinist Hilary Hahn's hired recital pianist, and put more videos on YouTube, where her following mushroomed. Then, in the fall of 2011, Lisitsa's online audience materialized as an overflow crowd for a recital she gave in an obscure church outside London. That started some buzz in the classical world. Decca showed interest in a digital launch of the Rachmaninoff concertos, and the Royal Albert Hall called to ask if Lisitsa would like to play a recital at London's biggest concert venue. She can still remember every detail of that watershed moment.

Before signing a contract, however, the RAH wanted to see Lisitsa's YouTube demographics for the London market. She pulled a fine-grained report from Google Analytics, and the deal was done. Decca jumped in with an offer to record the recital for DVD.

"It was a great tribute to the audacity of Decca, which had never heard me play live," she said.

In the end, 5,000 people showed up for the August concert, which was webcast to 100,000 more. Decca released the DVD soon after. The label also launched the Rachmaninoff recordings as a digital series, the last volume of which came out this week, as an experiment in the power of Web marketing.

"They wanted to see how the digital discs could sell without any of the traditional publicity," she says. They've done well enough that a hard release of the whole set is coming in February.

The solo disc that other record companies had refused, meanwhile, was picked up as a digital release by Naxos, which then pulled the disc in a huff after a few days when it discovered Lisitsa was giving her Rachmaninoff to Decca. She doesn't expect to make much direct income from any of these albums: For her, it's all about promoting herself as a live performer.

"I want to make my living from playing concerts," she says. "I made the recordings out of necessity, not to sell merchandise." And in fact, the discs and her YouTube following of 65,600 subscribers and 51-million hits have translated into bigger crowds, better fees and more shows, including Sunday's recital, at which she replaces the ailing Horacio Gutierrez.

Lisitsa may have found a new way to get a career in classical music – provided you've got the nerve for those white-knuckle bets. You must also have talent, of course. Lisitsa is a virtuoso like you don't encounter very often. If you can't make her Toronto recital, check out her videos – including those Rachmaninoff concerto solos, featuring all the notes you never hear in concert, or even on the best recordings of these notoriously dense pieces. 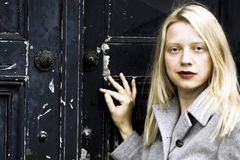 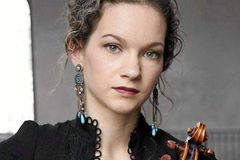